Sex and Pregnancy: What Women Need to Know 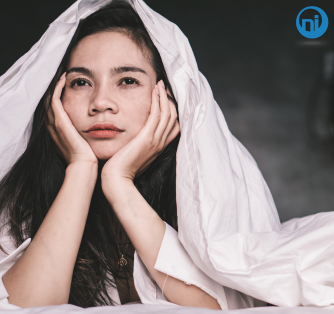 Pregnancy will bring a lot of changes to the body, and many physicians find themselves answering questions from nervous moms-to-be about what is or isn’t okay when carrying a child. One of the most commonly asked questions deal with the safety of sex while pregnant, and the answer is that yes, having sex while you are pregnant is completely safe and even healthy for the body. However, there changes that your body goes through when pregnant will affect your sex life. There are some who experienced increased libido, while others lose their enthusiasm for a good time in bed. There are a number of factors that can impact both perspectives, and much of the confusion can be cleared up with a little information about sex during pregnancy.

While pregnancy is often considered to bring a glow to a women’s skin or look, many women feel very insecure about their bodies during the time they are carrying a child. Other women may have emotional or psychological concerns about their pregnancies and may harbor a subconscious resentment toward their bodies and the changes that are occurring. Morning sickness and the fatigue that plague women during the first trimester are some of the biggest mood killers, as a woman is trying to learn what is going. Later on, the growing belly and discomfort in the disproportionate appearance can leave a woman unhappy with her appearance and feeling less than sexy.

If a woman feels insecure about her body during pregnancy, she may not be alone. Generally, the partner of a pregnant person is unsure of what to do or say to initiate sex, wondering about the emotional or physical limitations that may affect intercourse. They may be concerned with how positions or thrust could hurt the baby in the womb, but they may also fear injuring the mother. They could also be intimidated by the awkwardness or shape of the pregnant woman, and lose interest in sex until they adapt or grow accustomed to the changes that are happening.

Even if vaginal sex doesn’t seem appealing to either partner, there shouldn’t be a lack of intimacy. A couple should still pursue other areas of intimacy and connectedness. Oral stimulation can still bring pleasure and satisfaction, just can using a vibrator. Starting the mood off with a massage, passionate kissing, or caressing can bring the feeling of intimacy and sex appeal that could help move past any of the prior awkwardness that each partner may have felt. Pregnant or not, foreplay is always necessary to set the tone and get the desire flowing. Pregnant women are carrying more weight and are stretching different ligaments and muscles, so a deep massage or foot rubs can help loosen stress and open the mind toward a more positive sexual encounter. Women's sexual health shouldn’t be put on hold because of pregnancy, but the approach toward fulfillment may have to be rethought.

The hormones of the body tend to dictate how interested a person will be in sex, and the stressors of body image, physical limitations, and the environment also impact how much desire a person will have. Pregnant women experience a rise and fall of hormones throughout the gestational period, and for some, this creates a rise in libido and their sexual interest. There is increased blood flow to the genital area, and with the addition of lubrication and stimulation, some pregnant women are more orgasmic. Good sex should always be satisfying, and with the help of a product like Scream Cream, a woman can capitalize on the additional stimulation and improve the pleasure and sensations of the sexual experience. The oxytocin released during sex helps a woman feel more relaxed, comforted, and secure, which are always helpful when going through a change like pregnancy and family planning.

While sex is safe for both the mother and the unborn baby, you will need to be careful about certain positions during the last few months of pregnancy. In particular, avoid having sex with a pregnant woman laying on her back. Not only can it be extremely uncomfortable, but it decreases the blood flow to the baby, which can affect the oxygen supporting the healthy development of the unborn child. It can also strain the hips and back of the pregnant woman. Side-by-side penetration is recommended as the most comfortable and satisfying for a pregnant woman.

Pregnancy may change the way the body looks, but it doesn’t always change the body’s desires. Sex and pleasure can still be shared between partners, helping relieve stress and draw the couple closer as they await the birth of the little one.