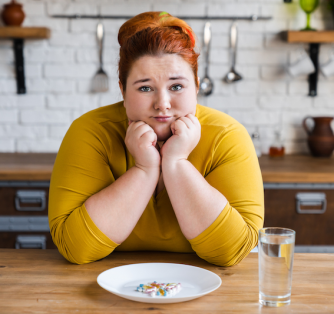 Recent studies have found a link between Wellbutrin and weight loss, when compared with other antidepressant drugs. Wellbutrin is the brand name drug for bupropion, an antidepressant. Bupropion is a norepinephrine-dopamine reuptake inhibitor or NDRI. NDRI is an acronym for a class of drugs that increases levels of neurotransmitters, such as dopamine and norepinephrine in the brain. Over the course of Wellbutrin treatment, patients may see a decrease in depression symptoms. Wellbutrin is also used for the treatment of Seasonal affective disorder (SAD) and major depressive disorder or MDD.

According to Pubmed, several medications have been approved for weight loss since they came on the market in 2012.  According to a study, four antidepressant prescriptions were approved for weight loss. These include Lorcaserin, Liraglutide, Phentermine/topiramate, and Wellbutrin or its generic, Bupropion. However, to lose weight with these medications, you must also implement a healthy diet and incorporate consistent physical activity to lose weight.

A study conducted in 2016 found that bupropion was associated with increased weight loss, when compared to other drugs. Patients taking bupropion over a period of one year lost an average of five percent of their body weight. However, stopping bupropion suddenly can increase your risk of adverse side effects. It can also result in serious health events, such as dizziness, irritability, and anxiety. These side effects of Wellbutrin will not cause death or other life-threatening conditions. However, withdrawal side effects have the ability to disrupt your life and normal functioning.

According to experts, when combined with a healthy diet and nutritional counseling, Wellbutrin can help obese patients lose weight. To achieve weight loss, doctors recommend that patients take 300 to 400 milligrams of Wellbutrin XR on a daily basis over a period of twenty-four weeks. Wellbutrin can help patients with obesity lose seven or 10 percent of their overall body weight. Those who continue taking the drug for another 24 weeks may be able to maintain their weight loss long-term.

A study conducted by Pubmed used randomized clinical trials on obese individuals taking bupropion and other FDA approved medications. Those taking Bupropion or a similar drug saw more weight loss than patients who were provided with a placebo or nonfunctioning substance. Investigators followed studies and other data and found that many patients saw between a five and 10 percent decrease in weight while taking Wellbutrin. However, some participants had to stop taking the drug because they suffered adverse side effects.

Twenty-eight randomized trials included individuals with an average age of 46. Seventy-four percent of those in the study were women, with a median baseline body weight of 100.5 kilograms. The median baseline body mass index of these individuals was 36.1. While some participants stopped taking the drug after one year, others continued taking Wellbutrin, because they reached their weight loss goal. Because prescription drugs affect everyone differently, what helps one person lose weight may not help another. Some medications work 100 percent of the time in helping patients lose five pounds. However, other medications help only 20 percent of people lose 20 to 40 pounds.

Wellbutrin is also used to treat anxiety and eating disorders, so it may not yield the best results for everyone. However, Wellbutrin is highly effective at altering mood, which may also affect one’s appetite and how much they eat.

The drug itself manipulates certain neurotransmitters by acting as norepinephrine and dopamine uptake inhibitors. The drug increases adrenaline levels at the neurotransmitter synapse. For this reason, it is believed that Wellbutrin suppresses appetite and facilitates weight loss. This increases your metabolism and speeds up the weight loss process. Dopamine has an effect on feelings of satiety, which may explain why Wellbutrin is effective as a weight loss tool.

So how effective is Wellbutrin for helping people lose weight? According to experts, most people who lose weight from Wellbutrin will maintain that weight loss for an average of 48 weeks, making it quite effective. However, Wellbutrin was not originally designed for weight loss. Weight loss is only a desirable side effect.

In a recent study, Bupropion or a placebo was distributed at a dosage of 100 milligrams daily. That dosage was later increased to a daily maximum dosage of 200 milligrams twice per day. Participants in this study were asked to consume a total of 1,600 calories per day with a balanced diet. Individuals who took Bupropion lost more weight than those who took another substance or placebo.

As a result of this study, researchers concluded that Wellbutrin is one of the most effective antidepressants for weight loss. According to experts, Wellbutrin functions much differently than other major classes of antidepressants. The neurotransmitters, norepinephrine and dopamine help balance serotonin levels in the brain. Norepinephrine and dopamine regulate energy levels in the body, alertness, and sleep habits. The drug itself was originally developed to treat depressive disorders, but it has also been effective in helping people stop smoking.

A 2012 study found that those taking Wellbutrin for weight loss lost twice as much weight as those who were prescribed a placebo. However, if you would like to take Wellbutrin for weight loss, it may take six to eight weeks for the drug to get into your system and provide you with desirable results.  However, studies have also found that many who lose weight on Wellbutrin regain that weight once they stop taking it. Weight loss is actually a side effective of Wellbutrin, and many people appreciate this added benefit of the drug.

However, be aware that the weight loss may only be temporary, because it can easily come back when you stop treatment. Experts have found that Wellbutrin has many other benefits, including a lack of sexual side effects. It also takes away feelings of worthlessness that are often experienced by individuals with thoughts of suicide.

According to the National Library of Medicine, Wellbutrin was first approved in 1989 for the treatment of depression. It is important to note that Wellbutrin does not start working the moment you take it. Instead, it may take up to two weeks for you to see results. As with any medication, Wellbutrin takes time to build up in your system and provide you with the results you want.

So how does Wellbutrin work exactly? Although Wellbutrin was not designed specifically for weight loss, experts have found that Wellbutrin affects brain pathways and other parts of the brain that affect cravings, eating behaviors, and the amount of food you consume. Experts also have found that Wellbutrin is the only antidepressant drug that truly affects body weight and aids in weight loss. Patients who begin taking Wellbutrin should be monitored by their doctor, to avoid serious side effects, as these have the potential to cause damage.

However, some professionals wonder if Wellbutrin is safe. Wellbutrin has been known to cause cardiovascular problems, such as tachycardia or an elevated heart rate. It has also been linked to high blood pressure and seizures. Suicidal thoughts and behaviors may also be a side effect, even though many believe Wellbutrin helps reduce suicidal thoughts. For this reason, it is important to look at your background to see how this drug would affect any preexisting conditions you may have.

Those on antiseizure medications may experience adverse side effects when they take Wellbutrin. Wellbutrin may cause a predisposition to seizures, resulting in severe seizures in patients with epilepsy. Anyone with a predisposition to seizures, stroke, or extreme alcohol consumption should avoid taking this medication. Those who take sedatives for epilepsy should not take the drug, as Wellbutrin can exacerbate epilepsy or make antiseizure medication less effective. This can result in breakthrough seizures in patients with controlled epilepsy. Those who have sustained severe head injuries should also not take this medication, as it increases the likelihood of developing seizures.

As with any medication, Wellbutrin comes with its own set of negative side effects. Wellbutrin may cause suicidal thoughts in teenagers and young adults, so it is important to closely monitor young people taking this medication. Mothers who are breastfeeding should also be wary of taking Wellbutrin, because the drug can be found in breast milk. If you have concerns about side effects of this medication, contact your health provider. He or she will be able to judge whether you should be taking the medication.

Wellbutrin alters the chemistry of the brain, which suppresses certain brain processes. Feelings of hunger disappear for many people when taking Wellbutrin, which is why it aids in weight loss. Because of Wellbutrin’s effect on mental illness, it is an attractive option for those suffering from depression. However, it is critical to take into consideration any preexisting conditions that may have a negative impact on your health.