Why Whole Grains Are Bad For Your Health 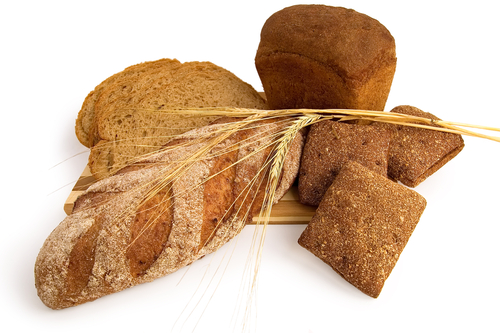 In spite of what you may have heard, whole grains are not one of the healthiest foods that you can eat, and there are many potential downsides to consuming them. There is plenty of evidence to suggest that eating whole grains is better than refined grains, but that doesn't mean that they are the healthiest option.

All types of grains, including whole grains, are thought Â to increase chronic inflammation levels and lead to weight gain. Grains cause a rapid rise in insulin levels and they are high Â anti-nutrients, or compounds that can make it difficult to absorb the nutrients in grains and other nutrients, and there are several other potential downsides to eating them. More research is still needed on the subject, but there's enough evidence to suggest that avoiding grains altogether may improve your health.

Whole grains have lectins which are thought to cause health problems

When lectins enter our digestive system are remain undigested they cause inflammation and damage the lining of the intestine over time, which makes it difficult for the body to absorb nutrients. Lectins also trigger the immune system which causes inflammation. This is one of the major reasons why grain consumption is thought to be unhealthy, and one reason why people with digestive illnesses often recover once they eliminate grains from their diet.

The harmful effect isn't just limited to the digestive system, however. When lectins trigger the immune system, it produces antibodies to them. One theory of autoimmune disease is that the proteins found in lectins are similar to some of the proteins found in the human body, and as a result, a diet that is high in "Â€Âœtoxic"Â€Â lectins, that is lectins from food sources like grains, can potentially trigger autoimmune illnesses.

More research is necessary to confirm these theories, but there is certainly a link between grain consumption and illnesses like diabetes. Inflammation from lectins is also thought to be related to neurodegenerative disorders as well.

The insulin response of whole grains can lead to diabetes

Grain based foods, even whole grains, can cause massive spikes in insulin production. This causes hormonal imbalances and a cascade of other negative health effects. Several whole grain foods have a high glycemic index, meaning that they break down into glucose very quickly.

There are dozens of foods that are processed and sold as "Â€Âœwhole grain"Â€Â, when they are still mostly made of refined grains. For example, several brands of whole wheat bread have a glycemic index of 70 to 85, which is just as high as white bread. Eating this type of bread on a regular basis will almost certainly lead to diabetes and insulin resistance, especially when it's consistently eaten.

When your body has a constantly high level of insulin production, it is always in fat storage mode rather than fat burning mode, and it makes it much more difficult for you to lose weight and a lot easier to gain weight. On top of this, chronic inflammation is thought to be associated with weight gain as several studies have found a high level of C-reactive protein in those who are overweight or obese.

Phytates are compounds in whole grains that bind to important nutrients like magnesium, iron, zinc, calcium and others. The phytates in whole grains provide the germ these vital nutrients, and they are designed to bind strongly to them.

When phytates enter the digestive system they have the same effect, and they can bind to the same nutrients in your digestive tract. The end result is that there is a lower amount of these important nutrients available for absorption. This is one of the reasons why phytates are called "Â€Âœanti-nutrients"Â€Â, and whole grains have high amounts of phytates in them.

Although phytates have been shown to potentially have some anti-oxidant effects, many nutritional experts and doctors add them as another reason to advise against consuming whole grains. There are methods of preparing whole grains such as soaking them which can reduce the phytate content, however it doesn't deal with the other problems that whole grains have such as their lectin content and their potentially high glycemic load.

However, the anti-nutrient effect of grain is very real, as documented in third world countries where grain consumption is high. In these countries, some people end up suffering from iron and zinc deficiencies. Preparing grains by soaking, fermenting, sprouting, and cooking them can significantly reducing their phytate content, but they remain one of the biggest sources of this anti-nutrient, and with the other potential negative health effects it's one more reason to consider avoiding them.

Not everyone will need to avoid whole grains

It should be noted that some people can tolerate whole grain consumption a lot better than other people, and that every person's genetics and response to whole grains will be different. If you have been suffering from weight gain, autoimmune systems, joint problems, chronic pain, or any other number of health issues, it's definitely worth a try to get rid of whole grains and other sources of lectins like legumes to see if your symptoms improve.

There are plenty of theories about why whole grains are not tolerated well, such as the idea that they were introduced relatively recently in human history and not compatible with our evolutionary makeup, that the lectin content causes autoimmune problems, and other idea.

More research needs to be performed to confirm any of these theories, but it's certainly worth a shot for you to give up whole grains for a few weeks to see if it's any easier for you to lose weight and if you start to feel better.