Why Cutting Out Grains Helps You Lose Weight 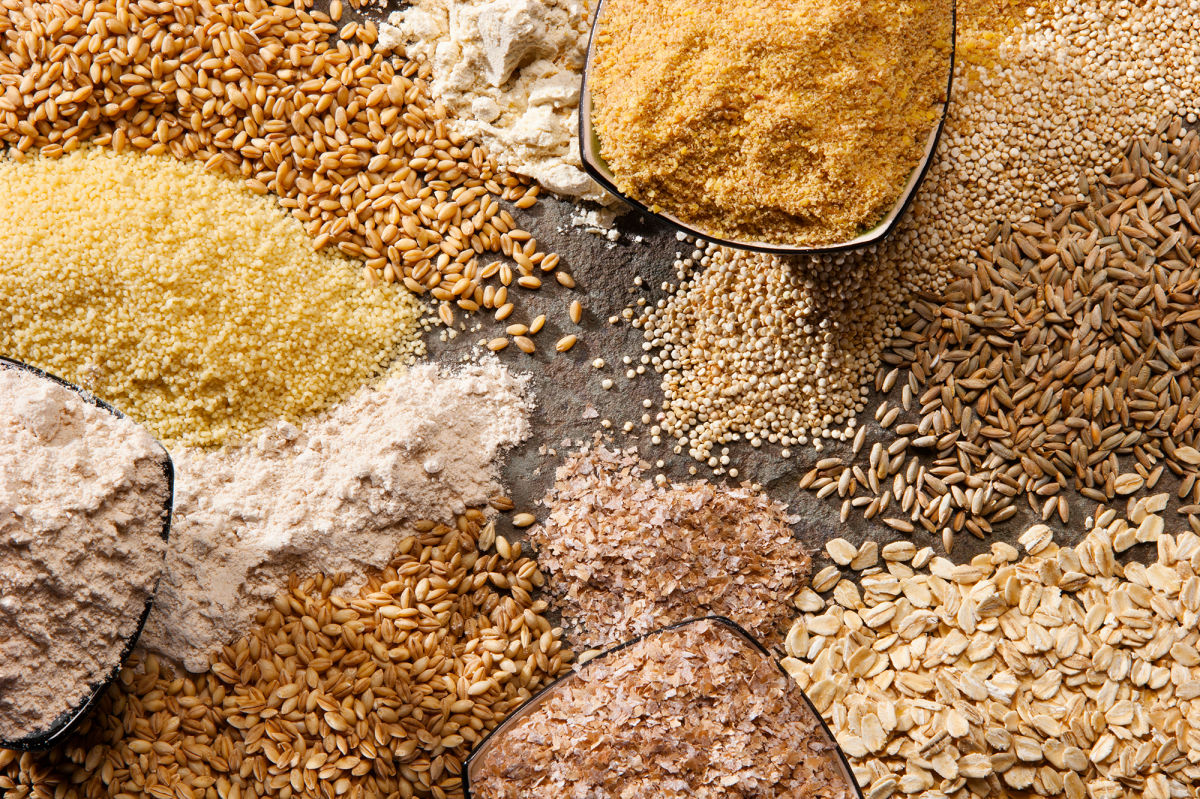 Most people consume too many carbohydrates

Although some carbohydrates are necessary for normal functioning and for energy, most people are consuming far too many. In the modern world there exists several high calorie high carbohydrate snacks combined with a sedentary lifestyle, and those two factors easy contribute to weight gain. Small amounts of grains and other carbohydrates are normally not an issue in terms of weight gain, but the problem is when people are getting 50% or more of their calories from carbohydrates, especially the worst kind like sweets, grains, potatoes, and starchy and sugary snacks. Because of the body's limited capacity to burn carbohydrates right away, a lot of the calories consumed from carbohydrates are converted into fat. It's even worse when the carbohydrates come from processed foods which can easily trigger weight gain and a host of other metabolic problems, along with grains.

Grains are among the worst carbohydrates

Foods that raise your insulin levels contribute to obesity

It's important to remember than any food that increases your insulin levels like grains or other simple carbohydrates can contribute to obesity through several effects. Insulin stores extra carbohydrates that you consume in your diet as fat, and humans evolved this ability to be able to get through times when they weren't able to eat. Insulin is the main hormone that is responsible for weight gain, and it suppresses two important hormones, growth hormones and glucagons. These hormones help the body burn fat and promote muscle development, and a diet that is high in grains or other carbohydrates will inevitably result in higher insulin product and a reduction in these important hormones.

Aside from the insulin raising effect that most grains have, they are also high in phytic acid or compounds that reduce the natural absorption of the nutrients found in grains and in other foods. These compounds are called anti-nutrients and grains evolved them in order to discourage animals from eating them. Some animals have counter-evolved the ability to get nutrients from grains but humans aren't as good at it because regular grains consumption was introduced into the human diet about 10,000 years ago when agriculture was invented. It may seem like a long time ago but it is really a fraction of a second in terms of evolutionary time, and humans haven't really evolved the ability to consume grains without having a wide range of health effects.

Grains used to be prepared differently, making them healthier

Even a few generations ago grains used to be prepared in a different way, making them healthier than they are now. Sprouting and fermenting grains can reduce the anti-nutrient content substantially, and prior to modern grain refining methods both sprouting and fermenting were used when preparing grains. Traditional cultures found that soaking, fermenting and sprouting grains would reduce the amount of antinutrients like gluten, lectins, enzyme inhibitors and phytic acid. Soaking grains reduces the enzyme inhibitor content, whiles sprouting slightly reduces the lectin and gluten content, however it doesn't completely eliminate them. There really is no method that totally eliminates the harmful antinutrients in grains, which means that most people are better off not consuming them.

Everyone has a difference tolerance

There are some people who can consume grains without significant side effects or weight gain, but many people do suffer some sort of effect from grain consumption. There are other reasons to avoid grains, such as the fact that they are one of the most heavily sprayed crops. Those who do choose to eat grains should look at some of the traditional methods of preparing them such as soaking and sprouting, and you can even buy sprouted wheat bread in some places. In general you will want to lower your consumption of grains overall if you've had weight problems, and it can make a significant difference, especially if you've been gaining weight recently and haven't tried lowering your consumption.

Grains can have many other harmful effects

The other thing to remember is that grains can have a wide range of different effects on the body, including allergic responses, autoimmune conditions and other problems. Grain consumption is associated with a wide range of different autoimmune diseases like Crohn's disease, IBS, and other problems. It is estimated that over 90% of people who consume grains will have some sort of digestive side effect from them, and that is another reason to avoid them. The sooner that you eliminate them from your diet the better, and if you've had allergies or other digestive issues it's very likely that they may be related to your grain consumption. If you notice your symptoms improving and if you find that your weight starts to stabilize you are probably one of the many people who shouldn't be eating grains or limiting your consumption Â  as much as possible.