Is Breakfast Really That Important For Weight Loss? 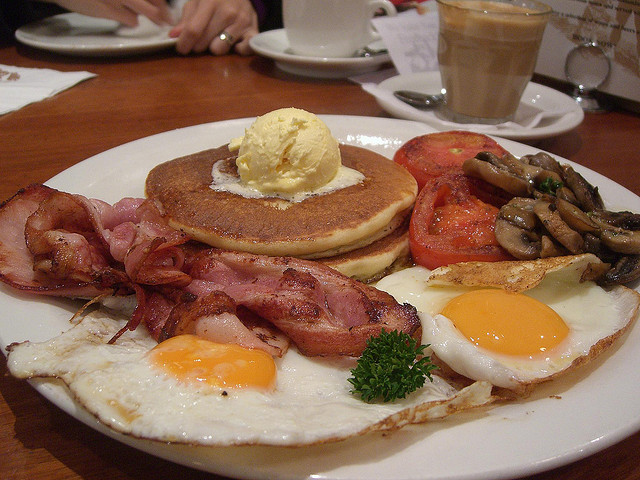 You've heard it dozens or maybe hundreds of times - breakfast is the most important meal of the day and you should never skip it. Several studies have attempted to confirm whether or not this is really true, and there have been mixed results.

A study by the National Weight Control Registry found that the most "successful losers", that is, those who maintained a 30 pound or more weight loss for a minimum of one year to six years, ate breakfast on a regular basis.

Why eating breakfast may help with maintaining a healthy weight

The reason why breakfast may lead to weight loss (or at least help maintain a healthy weight) isn't hard to understand; when you eat breakfast, it stops you from going into starvation mode and gorging on your lunch or dinner. By avoiding breakfast, your body is in a state of fasting for anywhere from 12 to 18 hours, and although some people believe that this isn't such a bad thing, others say that it is bad because the body is not produce the enzymes needed to metabolize fat.

Also, the calories are more equally distributed throughout the day. Most people will naturally eat about 2,000 calories per day, but the timing of when those calories are consumed is important. Breakfast eaters tend to eat most of their calories before 5 p.m., while people who don't eat breakfast tend to eat more calories later on at night.

Since physical activity levels drop off during the evening, eating more calories during this period of time is more likely to lead to weight gain. One of the worst things to do is to eat a calorie rich meal before bed, but many people do this when they don't eat breakfast because their body hasn't had a sufficient amount of calories, even though they may have eaten lunch and dinner.

What you eat at breakfast definitely counts

It isn't enough to simply say that you should eat breakfast for weight loss. What you eat matters quite a bit, and certain foods are definitely not good to eat no matter what time of the day it is. If you are going to eat something unhealthy, it is true that it is better to eat it in the morning when you are more likely to burn it off throughout the day. But, the best thing to do is to avoid eating anything unhealthy at all during breakfast or any other meal for that matter.

Many breakfast foods such as cereal, bagels, French toast, pancakes, and doughnuts are nutritionally some of the worst foods to eat. They are often eaten at breakfast out of convenience because they may be easier to make than other breakfast foods, and they are also calorie rich and provide a boost of energy. The problem with these foods is that they cause an insulin spike, which results in the body storing any calories that aren't burned as fat, and they also cause a rise in blood sugar levels followed by a sharp drop off.

If a person eats nothing else other than a carbohydrate rich breakfast, they will likely be hungry again within an hour or two, because simple carbs are not a long lasting source of energy. Bagels, cereal, bread, doughnuts and other breakfast foods made from grains are always a bad choice, even when they are eaten with blood sugar stabilizing foods like sausage and bacon.

Natural foods are your best options for breakfast. If you need a sugar fix in the morning, you should stick to any natural fruit including melons, oranges, apples, bananas, and even some high glycemic index fruits. Eating a high glycemic index fruit with fiber such as dates or pomegranates is much better than eating a bagel or French toast which are high in simple carbohydrates.

Other options include walnuts, yogurt, eggs, cottage cheese, any meat, and more. The point is, you should try your best to avoid pretty much anything made with grains, sugar, and any processed foods for breakfast (including pretty much every cereal), and as long as you do this breakfast will be healthy for you.

More research is necessary to find out which foods are the best to eat at breakfast, what time breakfast should be eaten, and how much food is ideal to eat at breakfast. Of course, every person is different, and some people may get by just fine without eating breakfast at all.

But, for those who suffer from weight gain and who have been skipping breakfast, eating too late at night or eating before bed, and who have had problems with eating too much during lunch and dinner, eating a healthy low carb, high protein and high healthy fat breakfast can potentially make a huge difference.

Keep in mind that not every study has found that breakfast is necessary for weight loss. Some, but not all of the studies that have been conducted on the health benefits of breakfast were performed by "pro breakfast" groups such as cereal companies. Other studies have found that there is no correlation between eating breakfast and weight loss.

However, there have been several studies by groups that had no incentive to promote breakfast that have shown a correlation between missing breakfast and weight gain. As mentioned previously, the research is a bit contradictory at the moment, and there are many details that need to be sorted out regarding the importance of the meal.

One thing is for certain, none of the studies suggest that eating breakfast is a bad idea, and most of them recommend eating a healthy breakfast. Also, there are few if any studies that found that eating breakfast led to weight gain. So, if you have been skipping breakfast because you're worried that it will lead to weight gain you can rest your fears, assuming again that the meal you are eating is not just a few doughnuts or cereal, but a healthy meal with natural foods.

Remember that the carbohydrate content of breakfast (or any meal for that matter) is the most important thing to consider, and that if you are going to have carbohydrates in the morning that you should get them from 100% natural sources, and not from grains, bagels, or anything processed. There are plenty of foods that don't take long to prepare, and you should stick to these foods for your breakfast choices if you don't want to gain weight.