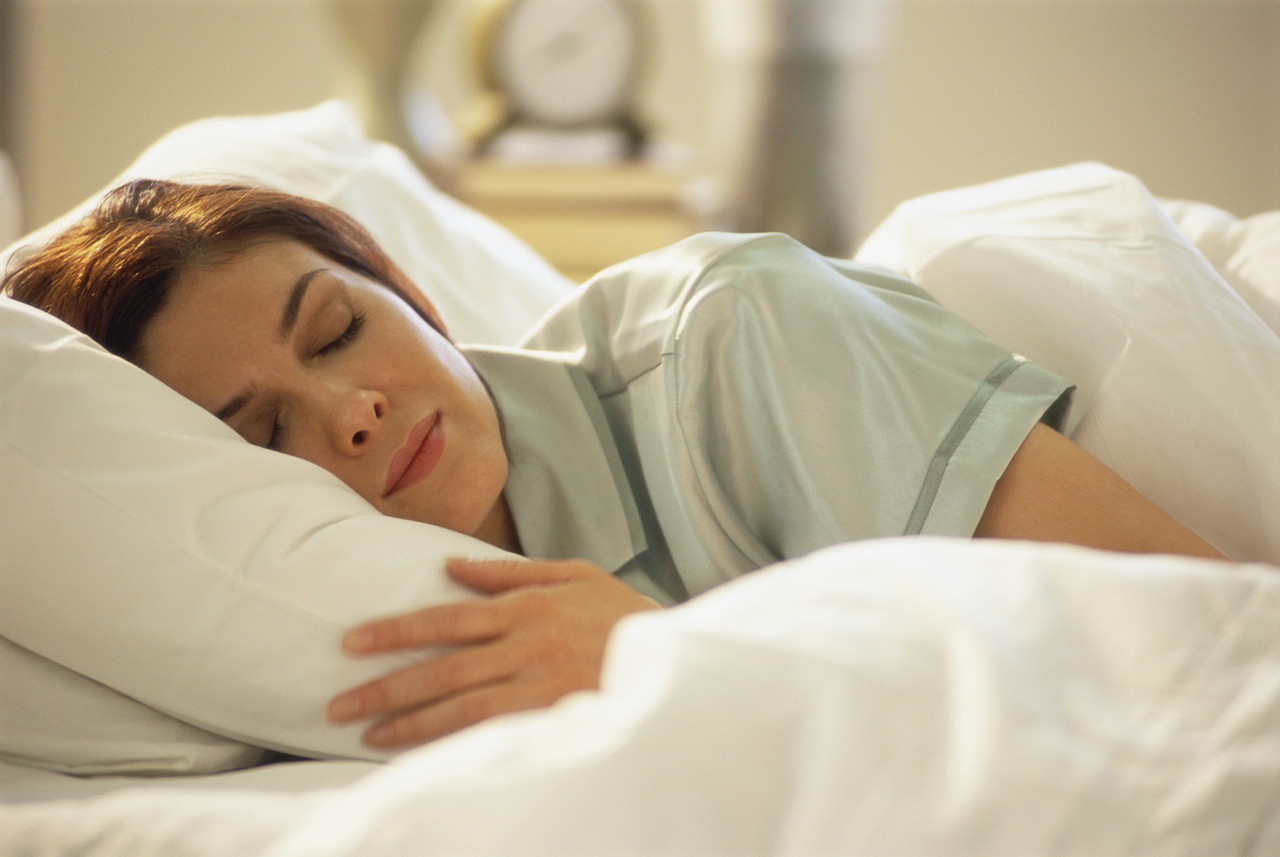 The simple act of sleeping more can help you lose more weight, and the effect is more powerful than you might think. Sleeping can reduce your weight in several ways, especially if you haven't been getting enough sleep on a regular basis. By regulating the hunger hormone leptin, sleep actually helps you with appetite control while you are awake. Several studies have linked a lack of sleep to weight gain, for example a Columbia University study found that people who didn't get enough sleep ate an average of 300 calories per day more than those who got a sufficient amount of sleep [1]. So the net calorie gain when you don't get enough sleep is significant.

Marie Pierre St-Onge, PhD and colleagues at the New York Obesity Research Center found that short sleep makes you more susceptible to overeating. The study included 13 men and 13 women that were monitored in a controlled environment during two separate six-day experiments.

The study proved that there is a potential link between being sleep deprived and obesity, particularly with the higher calorie consumption. St. Onge concluded that, "Â€ÂœIf sustained, the dietary choices made by individuals undergoing short sleep would predispose to obesity and increased risk of cardiovascular disease."Â€Â

Also, cortisol levels tend to spike when you have been staying up for several hours at a time, and cortisol is a stress hormone that signals your body to conserve more fat in order to combat starvation and fuel you for while you are awake [2]. All of these hormonal effects occur when you have been chronically sleep deprived, and together they combine to not only make you eat more, but to store more fat than you normally would if you had sufficient sleep.

Cutting back on sleep cuts your weight loss

In another study, the simple act of cutting back on sleep reduced weight loss. Researchers found that people who cut back on sleep over a 14 day period lost 55% less weight from fat, even when their calorie consumption stayed the same. They were also less satisfied after their meals and felt groggier [2]. Again, this is evidence that just avoiding sleep by itself can cause you to gain weight even when you consume the same amount of calories due to the hormonal effects, and the fact that it makes you "Â€Âœmetabolically groggy."Â€Â Just as your body becomes slower, your metabolism slows down as well when you're tired.

Your body's ability to process insulin can also be affected by four days of insufficient sleep. When your body doesn't properly respond to insulin, it doesn't metabolize your blood sugar as effectively and it ends up getting stored as fat. Insulin sensitivity can drop by as much as 30% when you aren't getting enough sleep [2]. It's another reason why you should be sure that you're getting enough sleep, because consistent problems with your insulin levels can lead to other more serious problems like diabetes.

By sleeping on time you are also less likely to want to snack late at night, which is another major source of potential weight gain. A late night high carbohydrate snack will be easily converted into fat and this can end up contributing a lot of calories to your diet when you are pressing yourself to sleep less.

You'll even buy more at the grocery store

Another study found that men who are short on sleep will be more inclined to impulse buys at the grocery store. A Swedish study found that sleep deprivation can lower inhibitions which in turn makes people more likely to pick up junk food and other high calorie foods when shopping. Being sleepy also of course has the effect of increasing hunger levels as previously described, and the two effects together combine to make it a lot easier to pick up the wrong foods when shopping.

The study recruited 14 healthy men who shopped after staying awake for one night, and shopped after a normal night. They had a fixed budget of $50 both times and were instructed to purchase as much as they could out of 20 pre-selected junk food items and 20 healthy items. The study found that after being sleep deprived, the men purchased significantly more calories and more food overall than when they were not sleep deprived.

They ended up purchasing 9 percent more calories and 18 percent more grams of food. The results of the study also found that the brain was more susceptible to impulse decision making after a poor night's sleep. This could also have ramifications at home when a person is more impulsive about the food that they eat or the places that they choose to eat at [3].

Tips for getting more sleep

It's essential that you get enough sleep in order to avoid weight gain, and hopefully your convinced by now. If you've been dealing with weight gain but haven't been sleeping enough, be sure that you are trying to sleep at a regular time. Try to get more naps when you can and avoid having to make your sleep up during the weekend if possible. Shut down your television or computer at least an hour before you try to sleep, and make sure that there are no light disturbances in your room, as even the smallest light can keep you up longer than you want.

Try to come up with a bedtime ritual which can help get your body and mind in the right mood for sleep. Try to keep your bed reserved for sleep alone to associate it with sleep rather than relaxation. Practice techniques to clear your mind so that you aren't staying up, and be sure that you aren't drinking any caffeine at least 6 hours before bed. Also avoid any heavy meals or alcohol close to your bedtime which can make it more difficult to fall asleep. Caffeine stays in your body for at least 5 to 6 hours before it starts to wear off, so you shouldn't drink any coffee after around 2 to 3 P.M. if you are trying to sleep by 9 or 10 P.M.