How Green Tea Can Help You Lose Weight 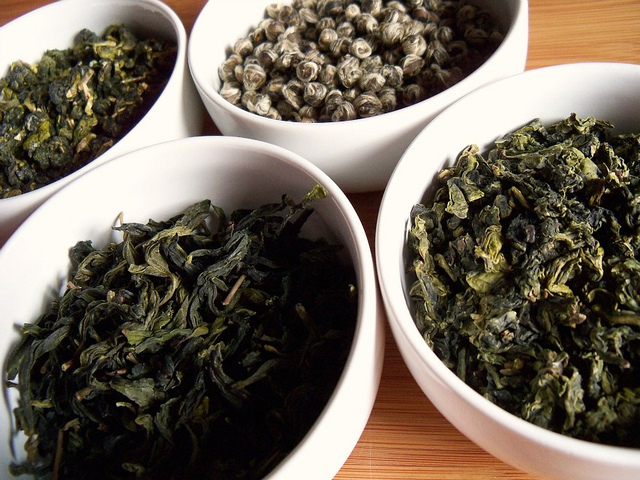 Green tea is widely known to be one of the healthiest beverages on the planet, and for good reason. It is rich with antioxidants and compounds that not only help you burn excess fat, but offer a wide range of protective health benefits. Numerous studies have shown that green tea can reduce harmful visceral and abdominal fat, increase your metabolism, and protect against diseases like cancer, heart disease and more. Research has proven that green tea is excellent for your health and can protect your heart against long term damage, and the health benefits can be found in both the tea and the extract. There are a wide range of different types of green tea available, and certainly some brands are higher in quality than others. In general, the fresher that the green tea leaves are, the more antioxidants and beneficial compounds that it has, and research has shown that health benefits are available in both the extract and the tea.

Green tea contains caffeine and a compound called epigallocatechin gallate (EGCG), and epigallocatechin gallate is thought to have a wide range of positive effects on the body, with weight loss being one of them. Most of the studies on green tea and its weight loss and other health benefits have focused on the health benefits of epigallocatechin gallate. One study found that participants who took an extract which had 270 mg of EGCG and 150 mg of caffeine showed a substantial boost in metabolism in a 24 hour period. The increase in metabolism was 4% which results in about 1.5 pounds of weight loss per month. The participants do not exercise, and the extra energy expenditure per day was measured at around 65 to 200 calories per day, just from the extract.

Another impressive benefit of the supplement is that it can help you lose stomach fat specifically. Another study measured the effects of green tea over a 12 week period of time compared to a placebo. The men who drank green tea had about 136 mg ECGC per day as well as 690 mg of catechins - the other antioxidant compounds in green tea. The green tea drinkers had two times the total weight loss compared to the placebo group, and four times the weight loss in the abdominal region. The study proved that green tea is an effective method for weight loss in the abdominal region, and fat in the midsection is thought to be the most dangerous when it comes to chronic health conditions.

Research suggests that green tea may have the potential to inhibit fat storage by affecting the body's insulin response, controlling inflammation, and preventing fat accumulation. The catechins in green tea result in an increase in adiponectin production which is a hormone signal issued from fat cells that can reduce insulin resistance. Green tea turns on genes in fat tissue that produce adiponectin. Adiponectin can prevent diabetes, increases the speed of fat breakdown, helps muscle cells use fat for energy, and reduces the appetite. Green tea also helps prevent fat cells from accumulating more fat, and reduces the effect of insulin on fat cells, thereby preventing the cells from increasing in size. Green tea also helps fat cells turn on genes that rid the cells of excess calories in the form of heat.

White adipose tissue is associated with weight gain and the chronic low levels of inflammation that obese people often have. White adipose tissue is one of the two main types of fat tissue found in the body and accounts for the majority of fat tissue. Obese people very often have chronic inflammation which can lead to a wide range of different conditions including heart disease, stroke and more. Green tea reduces the inflammatory effect that white adipose tissue has by activating regulator T-cells that reduce the body's inflammation response. A study found that people who are obese have fewer of these regulatory T-cells, and when patients took EGCG, it activated their regulatory T-cells and these cells began producing anti-inflammatory signaling molecules. EGCG had the same effect for both obese and normal weight people, but was particularly helpful for the obese patients.

Green tea can reduce your risk of heart disease

Another major benefit of green tea is that it can reduce your risk of heart disease by lowering dangerous LDL cholesterol levels. Studies have shown that green tea also lowers triglyceride levels which are also associated with an increased risk for heart disease. Studies have shown that people who drink five or more cups of green tea per day have a 28% lower chance of developing heart disease compared to people who drank the lowest amount of green tea. Studies in Japan also found that people who drank five or more cups of green tea per day had a 16% lower chance of death from all causes and a 26% lower chance of death from stroke or heart attack. Along with decreasing triglycerides and cholesterol, green tea also lowers leptin production which is the primary hormone issued from white adipose tissue that can lead to weight gain and a host of metabolic problems.

Not every green tea product is beneficial

There are several different products with green tea in them available, but many of these products do not have the same health benefit that simply drinking plain green tea has. Drinking unsweetened green tea is one of the best ways to get the beneficial compounds that tea has without having to worry about dangerous or unhealthy side ingredients. The process of heating the tea helps to release beneficial compounds so letting the tea steep for at least 2 to 4 minutes is crucial. There are some green tea extracts that have shown to have beneficial catechins and antioxidants in them, but you need to do your research when you are considering buying a product and make sure that it actually is produced from pure green tea.

Depending on the strength of the extract, about 1 ml of extract can give the same nutrients as 8 to 9 cups of green tea, so the extract is also another option for those who would rather not drink the tea. Green tea extract has the same compounds that are available in a cup of green tea but in a more concentrated form. Each brand of extract will have a different amount of these compounds including catechins and ECGC, so be sure to check the label and note the amount of EGCG per capsule or mL. Extracts should be standardized so that they contain the same amount of beneficial compounds per capsule so that you know how much of it to ingest. By following the instructions on the label you should be fine if you are looking to use the supplement to lose weight, and in general you need anywhere from 300 to 400 milligrams of ECGC, which is the same amount that you would get from about three to five cups of strongly brewed green tea.