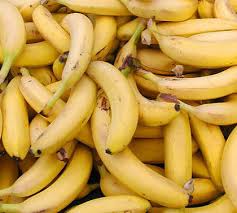 While often overlooked or just gone without mention, and less trendy or well known than other minerals such as potassium or calcium, magnesium is a very important macro-mineral, one of six that comprise the body's mineral content. Magnesium helps to build bones, enables nerves to function, and is essential to the production of energy from food.

Not only is magnesium an essential mineral inside of the human body, it's also found in the earth's crust and plants, and can be used to construct missiles, cars, cell phones, and computers. It's even used in medicine production. Magnesium has an effect on more than 300 bodily chemical reactions, including things like maintaining heart health, sustaining blood vessels, boosting and maintain energy levels, producing new cells, and enabling enzyme activity; effecting not only your health, but your ability to perform every day tasks.

Magnesium became recognized as an official element in 1755, and without it's presence energy cannot be properly used and produced in cells, muscle could not contract or relax, and key hormones could not be produced to control vital bodily functions.

In a review of nutrition and bone health published by the American College of Nutrition, it was noted that among four unique population studies each found a positive correlation between magnesium and bone mineral density.

These studies are backed up by research demonstrating that magnesium deficiency results in:

Excess release of calcium from bone into the blood without accompanying bone formation.

Researchers from the Jean Mayer US Department of Agriculture Human Nutrition Research Center on Aging at Tufts University studied the bone mineral density (BMD) of members of the original Framingham Heart Study cohort, a longitudinal study initiated in 1948.

Statistical analysis of bone mineral density and diet for members of the study suggested that long term diets high in magnesium protect against loss of BMD.

In January 2004, researchers at the Harvard School of Public Health reported a significant correlation between magnesium intake and risk of Type II diabetes. Their report was the result of two large scale, long term studies following over 170,000 health professionals and evaluating diet and its impact on disease: The Nurses Health Study and the Health Professionals Follow-up Study.

Magnesium has shown promise in the short-term treatment of asthma attacks. It is postulated that magnesium relaxes smooth muscles at the bronchial level in the same manner it acts on smooth vascular muscle (blood vessels), by blocking excess calcium through its influence on calcium channels across cellular membranes.

In a review of seven trials examining intravenous emergency room magnesium for patients with acute asthma, it was found that magnesium is safe and beneficial for those patients presenting with severe acute asthma. In severe cases, peak expiatory flow rates (PEFR) were improved by 52 L/min, and forced expiatory volume (FEV1) by 10%

Magnesium is even becoming a mainstream medication for people with migraines, asthma, and diabetes.

Magnesium is a required and safe dietary element, who's ability to contribute to your health is as plain as observing a body functioning in a magnesium deficit.

Proof for the ability of magnesium to address a wide range of health concerns comes on an ongoing basis. Meanwhile, we live in a population starved for more of this essential nutrient.  No further proof is necessary to maintain and seek the benefits of magnesium toward optimal health and well-being.