Biological age and dementia risk linked to too much sitting 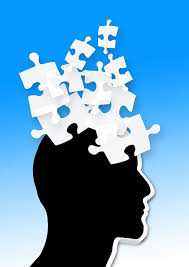 Scientists have linked bouts of extended sitting with an increased risk of heart disease, certain types of cancer, pain, injury, early mortality, and more.  And now a new study warns of even more perils with extended inactivity.

Research that assessed nearly fifteen hundred elderly women found that those who sat most of the day and got little exercise had cells that were biologically older than themselves by almost eight years.

The study doesn't necessarily establish a cause-and-effect relationship between aging and lack of exercise.

Study variables included self reported activity levels and actual activity measurements over 7 days, collected by an accelerator worn on the hip. LTL data was gathered via DNA sample extraction. According to the results, women with the lowest activity levels were most likely to be white, older and obese.

Still, "discussions about the benefits of exercise should start when we are young, and physical activity should continue to be part of our daily lives as we get older, even at 80 years old," Shadyab said in a university news release.

Specifically, it was found that women who sat for more than ten hours a day and got less than forty minutes of moderate-to-vigorous physical activity had shorter caps on the end of DNA strands that protect chromosomes from deterioration, also known as telomeres.

"We found that women who sat longer did not have shorter telomere length if they exercised for at least 30 minutes a day, the national recommended guideline," Shadyab said.

He and his colleagues plan future studies to examine the link between exercise and telomere length in younger adults and in men.