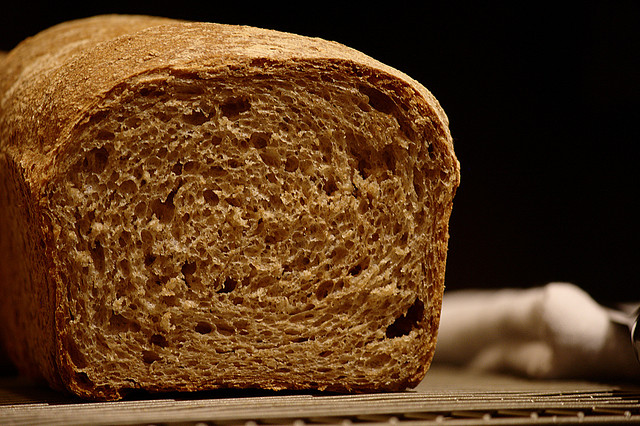 The debate about whole grain foods is a controversial one; on one side of the argument you have many people who believe that whole grains are still a healthy food option because of the vitamins, fiber, and minerals that they contain and their association with a lower risk of heart disease. Others think that the anti-nutrients in whole grain foods, their ability to still cause a rapid rise in blood sugar, gluten allergies, and a few other potentially negative health effects make them a really bad food to include in your diet?

Whole grains still cause a rise in blood sugar levels

It should be mentioned that one brand of whole grain bread, Natural Ovens, has a lower glycemic index of 51 which is within the criteria for a low GI. But there is a catch to this - this particular brand includes flax seeds in their recipe, and flax seeds have a very low glycemic index of around 30. Most other brands averaged at 71 which is still considered to be high.

The gluten in whole grains may cause allergies or immune problems

Although it is still being researched, there are many medical professionals who believe that the gluten in whole grains is troublesome and may lead to allergic reactions or chronic immune problems. Gluten is the protein in wheat that causes dough to be elastic, and it is thought that some people may have difficulties digesting it. The immune system is also thought to sometimes recognize gluten as a foreign compound and start attacking it, which can lead to a wide range of different autoimmune systems.

Although the wheat allergy problem doesn't affect everyone, it affects enough people to where it should definitely be a concern if you have some of the symptoms of Celiac disease or other autoimmune symptoms. It's also just one of the many potential problems with wheat, and if you happen to experience chronic allergy symptoms and have been eating wheat on a regular basis, it is definitely worth trying to eliminate wheat from your diet to see if there's any improvement.

Wheat may have substances that cause nutritional deficiencies

Another potential problem with wheat is that it contains substances that can cause nutritional and vitamin deficiencies, and one of the main substances that does this is phytic acid. Phytic acid can bind with a wide range of different minerals include zinc, calcium, magnesium and iron and stop them from being absorbed by the body. Many varieties of wheat have a large amount of phytic acid, and although consumption of phytic acid has not been clearly linked to nutritional deficiencies, it is possible that there may be a correlation between wheat consumption and vitamin deficiencies, particularly vitamin D deficiency.

The amount of phytic acid will vary depending on the strain of wheat used, the product, and how it is prepared. Sprouted wheat, or wheat that has been allowed to partially sprout by soaking them in water, has lower levels of phytic acid and other anti-nutrients. The sprouting process causes the grains to release enzymes that unlock more vitamins and minerals from the grains and improve their digestibility. Â However, the problems of gluten allergies, elevated blood sugar, and immune issues are not avoided with sprouted wheat products.

Another main issue with wheat is that it may lead to visceral fat development. Eating a few pieces of whole wheat bread can be just as bad as eating a teaspoon of sugar or drinking soda because of how quickly the body converts it to sugar. The only thing that wheat bread offers is extra fiber, but it has the same insulin sensitivity reducing effect that sugar and foods with a high glycemic index have. The result is that fat can develop around the belly area and the organs. This is called visceral fat and it is the most dangerous type of fat. This fat is associated with the onset of Type II diabetes, heart disease and many other chronic illnesses. This fat also increases the production of estrogen in both men and women which can alter a person's physique and add body fat in unwanted places.

Wheat may cause skin aging and other skin problems

Wheat consumption, including both refined wheat products and whole wheat products, may contribute to skin aging. Wheat is thought by some to advance skin aging and cause problems like wrinkles and reduced elasticity. These skin aging effects are thought to result from advanced glycation end products, which are compounds that accumulate in the body and increase blood sugar levels. There are also other skin problems that are thought to be associated with wheat consumption such as skin inflammation, psoriasis, lesions and other problems. Some medical professionals think that wheat consumption can also lead to hair loss due to the chronic inflammation levels.

Whether you believe that wheat can cause all of these medical problems or not, if you are having symptoms such as skin inflammation, allergies, digestive symptoms or other autoimmune symptoms, staying away from all types of wheat products for a while is always worth a shot. In the worst case scenario you will probably lose a few pounds by reducing your simple carb intake, and in the best case scenario you may find that wheat is not tolerable with your body chemistry.