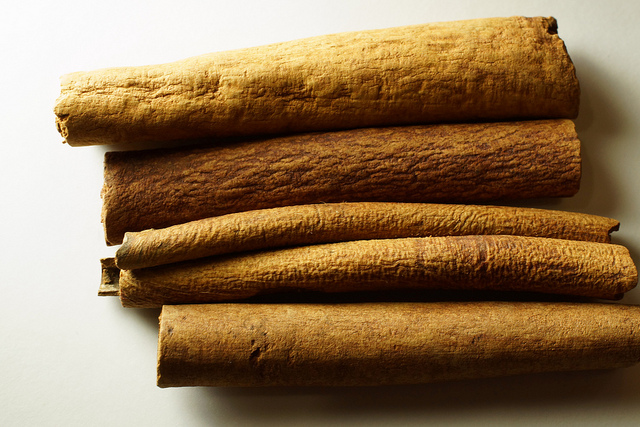 There are dozens of metabolism boosting foods that can naturally burn fat, and adding more of them into your diet is an easy way to lose weight or prevent weight gain. Foods that are rich in fiber, protein, healthy fats, and metabolism boosting compounds can help you lose weight by stabilizing your blood sugar, triggering your body to burn fat, and reducing your appetite.

There are some foods that are particularly good at helping your body burn fat. If you've noticed that you are starting to gain weight, try adding some of these metabolism boosters to your diet and reduce your intake of carbohydrates, sugar, sugar substitutes, and other foods and ingredients that can cause weight gain.

#1 - Coconut oil is one of the best metabolism boosting foods

Coconut oil is used for energy in the liver, or it is converted into ketone bodies. There is evidence to suggest that because of how coconut oil is metabolized, it is turned into fat less efficient than other types of oils. Coconut oil is also thermogenic, meaning that it increases the body's energy expenditure when it is consumed.

Coffee isn't exactly a food, but it's one of the best things that you can consume on a regular basis to lose weight and boost your metabolism. The caffeine in coffee suppresses the appetite and coffee contains several other substances that can increase fat metabolism. The other compounds in coffee that can help you burn fat include chlorogenic acid, theophylline and theobromine. Theobromine and theophylline are related to caffeine and can have a stimulant effect.

Green tea can boost your metabolism in a similar way as coffee, and it's a good alternative for people who are sensitive to the high caffeine content in coffee. In a study by the University of Geneva in Switzerland, Green tea extract was shown to burn more fat and calories than a placebo.

Green tea does have a smaller amount of caffeine than coffee which helps with the thermogenic effect, but if you are sensitive to caffeine there are green tea varieties that are caffeine free but still contain the beneficial compounds.

#4 - Ginger can boost your metabolism and reduce hunger

Ginger is becoming known as a superfood because of its health benefits, and it has shown to be effective at reducing hunger while simultaneously increasing fat metabolism. Studies have found that ginger can boost your metabolism by up to 5%.

It also increases the feeling of satisfaction when you eat, which means that you are more likely to eat fewer calories per day when you add ginger to your diet. You get more ginger in your diet in supplements, but the best way to get it is in its natural form by adding it into your recipes or steeping it with green tea or other types of tea.

#5 - Spinach is an excellent metabolism booster

#6 - Cinnamon is a proven metabolism booster

Adding cinnamon to your diet is a great way to boost your metabolism because it is proven to help stabilize your blood sugar. Cinnamon can help your body metabolize carbohydrates much faster than it would be able to do on its own.

Cinnamon helps to reduce insulin levels substantially, and it has the ability to actually imitate insulin. It's known to be one of the best regulators of blood glucose, which makes it more difficult to gain weight. Cinnamon is shown to substantially decrease blood sugar levels when it consumed in small amounts. Adding it to a meal can reduce its glycemic index by up to 29%, meaning that it helps protect against spikes in blood sugar.

#7 - Whey protein can boost your metabolism

Whey protein is an excellent metabolism booster as it can protect your lean body mass from degradation when you are losing weight. Whey protein is an absolute must when you are weight training and trying to gain muscle, and as you lose weight it protects your metabolism from slowing down. It helps you reduce body fat while keeping your muscle, and it is more effective when it is combined with a resistance training program.

#8 - Berries can help you lose weight

Berries are a great source of fiber, and the body can't digest fiber so they are very filling and very low in calories per serving. Pretty much every type of berry is a good option for weight loss including blackberries, blueberries and strawberries. Raspberries and blueberries in particular are effective at fighting fat because of a compound called anthocyanin which helps the body produce adiponectin. Adiponectin is a hormone that helps the body maintain lower glucose levels, boosts metabolism, and reduces cravings. Other studies have found that berries can change how your body stores and processes sugar, and that they may be effective at helping you spot reduce belly fat.

#9 - Garlic offers several benefits and can help you lose weight

Garlic is another one of the best foods to fight weight gain and it's a great metabolism booster. Garlic is a natural thermogenic food, which means that it causes the body to produce heat which in turn burns calories. Adding garlic into your foods, especially in a minimally cooked or raw form, can help boost weight loss along with other metabolism boosting foods. It also boosts your immune system, helps control blood pressure, and can even help to prevent some types of cancer. Preliminary studies have found that garlic may help the body regulate the number of fat cells that are produced by the body, and it may do so by reducing inflammation levels.