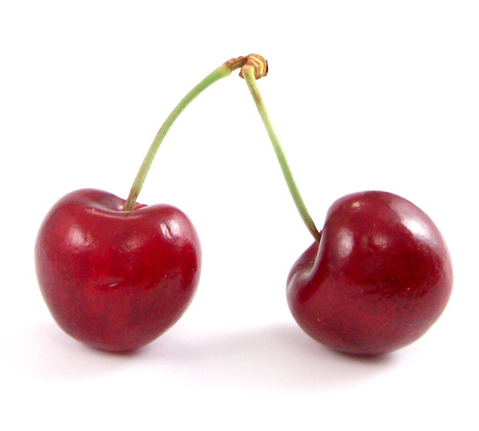 Having a list of healthy snacks is always a good idea even when you aren't on a diet, but in particular it's important that you eat something healthy if you're going to eat anything during the evening. The best option is to not eat at all when you're about to head to bed if you can help it. If you are in the habit of eating something before bed, at the very least make sure that it's something relatively healthy that won't cause your insulin and blood sugar levels to spike, as that can cause all kinds of metabolic and weight gain issues. These are 8 healthy late night snacks that are great alternatives to some of the less healthy options out there.

A natural organic protein shake is definitely one of the better options as a late night meal. Just be sure that it is not sweetened with any artificial sweeteners. You are better off using an organic unsweetened whey protein product and adding your own natural sweetener like stevia or a small amount of fruit. Don't use any sugar or honey or maple syrup in your late night snacks or protein shakes as they can easily lead to weight gain since they are a simple carbohydrate source. With any of these late night snacks it's essential that you avoid adding anything simple carbs whenever possible, but a protein shake offers a steady source of nutrition that is satisfying and it's even better when you exercised earlier.

There aren't many foods that contain melatonin, the compound that helps your body regulate its internal clock, but cherries are one of them. Because of that they are a good choice for a late night snack, but because of their high sugar content you need to be careful not to eat too many of them. Tart cherries have a high melatonin content and are a good option, and you can mix them with a bit of Greek yogurt or to add them into a whey protein smoothie. They might help you fall asleep as well if you've had struggles with that, but don't become too reliant on them as a sleep aid because eating high sugar fruit before bed can cause weight gain.

A piece of low fat string cheese is the perfect choice for a healthy late night snack. Be sure that you choose a low fat option but string cheese has about 7 to 9 grams of protein per serving and just 85 calories, with a small amount of those calories coming from fat. Try to find organic string cheese when possible, as other types of string cheese may contain growth hormones or antibiotics which are definitely not good to consume. Just one piece of string cheese can be very satisfying and help to curb your hunger right before bed, and it won't lead to weight gain as long as you aren't eating too many of them.

If you like cottage cheese it's a great option for a late night snack for the same reasons that low fat string cheese is. Low fat cottage cheese has a whopping 28 grams of protein per cup, but you do have to be careful about the sodium content which can be relatively high for several varieties. Again picking an organic brand is important because of the lack of hormones, but a half of a cup of cottage cheese with some fruit or your other favorite addition is an excellent choice for a late night snack because of the high blood sugar stabilizing protein.

Almonds are definitely a good choice as a healthy late night snack for their many health benefits. Almonds contain healthy monounsaturated fat which is actually good for you and isn't associated with weight gain and inflammation like other types of unhealthy fat found in junk foods and processed foods. You won't want to eat more than a few before bed because they are definitely high in calories, but they are a great source of vitamins, minerals and protein. A half cup of almonds has 10 grams of protein but they do have 265 calories per half cup, so eating Â¼ cup or so is better prior to sleeping and it will usually be very satisfying so you probably won't even want to eat more than this.

Pistachios are a good healthy late night snack for many of the same reasons that almonds are, and again you'll want to be careful not to eat too many of them, but just a small handful can hold you over and keep you satisfied before bed. Because they are low in carbohydrates they won't cause weight gain and they are a good source of healthy monounsaturated fat which can improve your healthy cholesterol levels. One half cup of pistachios has 346 calories so you won't want to eat that many, but 1/5 to Â¼ cup should be fine. They also provide 12.5 grams of protein per half cup as well as several vitamins and minerals which can help you maintain a healthy weight. Pistachio consumption is also associated with a number of cardiovascular benefits.

Low sugar dark chocolate is a great choice for a late night snack that you won't have to feel too guilty about. Dark chocolate contains powerful antioxidants that can lower your risk of cardiovascular disease and other illnesses. It can even help to lower your blood pressure, and can improve blood flow. Dark chocolate also helps to curb your appetite and studies have found that it contributes to feelings of satiety after meals or when eaten alone as a snack. A study in the Netherlands found that dark chocolate lowered levels of ghrelin while decreasing insulin resistance. Ghrelin is a hormone that increases appetite, and the study even found that the participants who smelled the chocolate had lower levels of ghrelin [1].

Eggs don't have to be just a breakfast food, and they are a great high protein and low calorie snack before bed. Just be careful to avoid adding anything else into your egg meal that can cause weight gain like grains or bread. Just one or two hard boiled eggs are a perfect late night snack perhaps with a few low calorie condiments. 1 egg has 78 calories with 6 grams of protein, and the protein can help to reduce your appetite before you get a chance to eat again in the morning. Avoid adding any butter or any unhealthy fat to your late night egg recipes; if you do have to cook with fat use a small amount of olive or coconut oil but again you'll want to be extremely careful with your fat intake prior to sleeping.

It's best to avoid eating too late

If you are in the habit of eating before bed you should do everything that you can to eliminate it. These healthy snacks are far better than most late night snack options but they can definitely lead to weight gain if you eat too many of them right before sleeping. Remember that your body is winding down once you're about to sleep and anything that you are eating isn't going to be used as fuel right away. A high protein meal may be a good choice when you've exercised earlier in the day in order to rebuild your muscle, but other than that you should mostly avoid eating too close to your bedtime.