8 Foods That Improve Your Concentration and Brain Power 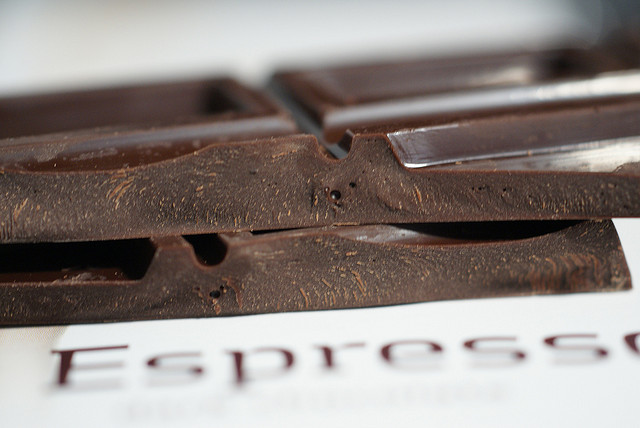 Foods That Improve Your Concentration

There are several different foods that can improve your concentration and focus. Likewise, unhealthy foods can impair your brainpower and lower your energy levels. If you find that you've had difficulties with fatigue or staying mentally focused, you should try these eight foods that have been scientifically proven to improve your concentration and help your brain operate at its best.

Blueberries are one of the best foods to eat that can improve your concentration dramatically. They can increase your memory and concentration for up to five hours after eating them because they are rich in antioxidants and stimulate blood flow to the brain. They also protect against age related dementia and brain conditions like Alzheimer's disease due to their rich antioxidant content. The flavonoids in blueberries improve memory and they protect your brain and body from the damage that free radicals can cause. It is recommended to eat about a half cup of blueberries each day to get their health benefits.

Green tea isn't technically a food, but it is one of the best drinks for brain health and overall health. Green tea has been proven in several scientific studies to improve cognitive functioning and memory. It contains caffeine which has been shown to improve focus and concentration in the short term. MRI scans have shown that people who drink green tea perform better at cognitive tasks and working memory tasks. Green tea is currently being researched for its potential protective benefits against cognitive decline. Green tea has also been shown to increase brain plasticity and may be used to treat cognitive disorders in the future.

Fatty fish such as salmon, mackerel, sardines and tuna are great for your cardiovascular health and your brain. They are rich in omega-3 fatty acids which are used in the cell membranes of the brain, and are very important for cognitive health. The omega-3 fatty acids in the brain are thought to be used for transmitting signals and there is no denying the importance of consuming omega-3s in your diet from as many sources as possible. Women who eat more fatty fish when they are pregnant have also been shown to have babies that perform better on memory tasks. Some types of fatty fish have high levels of mercury such as tuna, but other types such as freshwater salmon and sardines have lower levels of mercury. If you don't get enough omega-3 fatty acids in your diet, having a good supplement is also an option.

Turmeric is used in many Asian cuisines and it is rich in a compound called curcumin which is currently being studied for its cognitive benefits. Studies have shown that curcumin can improve cognitive functioning. In particular, it is being studied for its potential to protect against Alzheimers. It is also recognized by the National Cancer Institute as being a very potent anti-carcinogen and it may protect against many different cancers. Turmeric is now recommended along with omega-3 fatty acids as a way to protect against Alzheimer's disease for those thought to be at risk. Supplements with turmeric are thought by some researchers to not be as effective as adding turmeric into recipes; particularly recipes that use oil or fat, which can increase the bioavailability of the curcumin in turmeric.

Walnuts are one of the best brain foods and they have plenty of other health benefits as well. A Â¼ cup of walnuts provides you with almost your full daily recommended dose of omega-3 fatty acids, and they have been shown to protect against several different types of cancer including prostate and breast cancer. Some of the compounds in walnuts that improve brain health include vitamin E, omega-3 fatty acids, melatonin, folate, and antioxidants. They are also rich in antioxidants like many other brain superfoods and are thought to protect against age related brain disorders. Walnuts also help diabetic patients stabilize blood sugar. Don't remove the outermost layer of the walnut in spite of its bitter flavor; it is this part of the walnut that has most of the antioxidants, and try to find organic varieties for the best health benefits.

Broccoli is rich in choline which helps to keep neurotransmitter levels in the brain at a healthy level. Broccoli is also rich in Vitamin K which is thought to improve cognition. The antioxidants in broccoli help to protect the brain and protect against age related diseases. Broccoli is also high in compounds called lignans which are shown to improve cognitive functioning including remembering, problem solving, learning new words, and more. It is also rich in glucosinolates which are compounds that are essential for maintaining normal levels of neurotransmitters and which are required for the CNS to function optimally.

Dark chocolate is rich in flavonoids which increases blood circulation to the brain, and it also has caffeine which improves concentration as previously mentioned. The higher the percentage of cocoa the better, and try to avoid the varieties that are very high in sugar for the best health benefit. Dark chocolate has a chemical called phenylalanine which stimulates the brain to release endorphins which can improve your mood. The improved blood circulation that dark chocolate provides can reduce the chance of developing a stroke, and it is full of antioxidants which are protective against cognitive illness and cardiovascular illness. The vitamins and minerals in dark chocolate include potassium, iron, magnesium, and copper which can protect against anemia and heart disease. It also keeps the blood vessels of the brain healthy and the low sugar varieties of dark chocolate have a low glycemic index, meaning they do not break down quickly and won't cause a major spike in blood sugar.

Avocados are rich in healthy monounsaturated fat and omega-3 fatty acids, and the fat in avocados helps with maintaining normal blood flows. Avocados also protect against the development of high blood pressure, and they are rich in a fatty acid called oleic acid which is used to build the neuron coating called myelin, which helps the brain and central nervous system transmit electrical signals. Avocados help speed up the neural impulses of the brain and nervous system and they are also rich in several vitamins including vitamins, A, D, E, and K as well as the B vitamins. The vitamin E in avocados can protect against Alzheimer's disease because it protects the brain from the damage of free radicals, and studies have shown that avocados can reverse the memory loss and some of the symptoms of Alzheimer's. Avocados are high in calories but that should not deter you, as the healthy fat in avocados is not linked to weight gain when consumed in normal amounts, like some of the unhealthy fats found in processed foods.