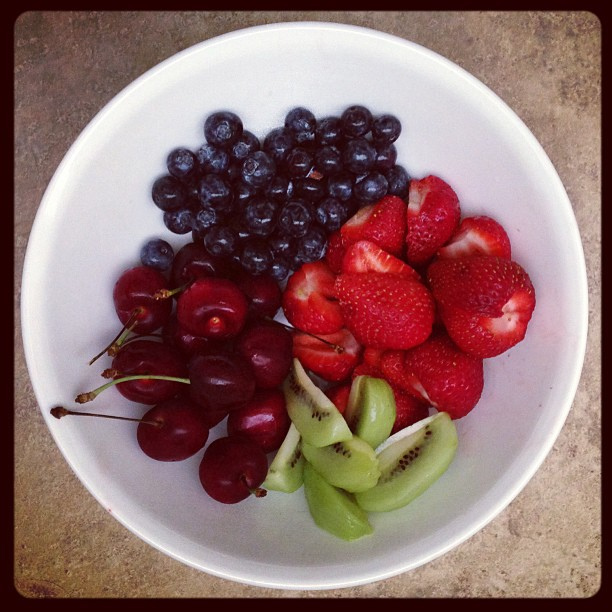 Habits That Will Help You Lose Weight

There are several small changes that you can make to your diet and habits to help you lose weight in 2015, and these changes may seem small but they can add up to several hundred calories per week. These changes to your diet are almost painless, but the results that they can make in terms of weight loss can be dramatic. Below are 10 changes that you can implement right away and you will start seeing results if you make a resolution to stick to them during the rest of the year.

Change #1 - Get rid of soda and diet soda

Both regular and diet soda can contribute to weight gain as many studies have found, and sodas that are flavored with sugar or high fructose corn syrup are a major source of empty calories. You can end up gaining a substantial amount of weight just from drinking soda on a regular basis. Soda is one thing that can be fairly easy to replace in a diet. Instead of sodas flavored with sugar, try one of the many different sodas that are flavored with stevia, or try carbonated flavored mineral water. Also, don't replace your soda with juice which can be just as high in sugar, if you enjoy drinking fruit juice eat the whole fruit instead. Fruit juice is very high in sugar although it has more nutrients and antioxidants than soda, and it can still be a cause of weight gain even though it is completely natural.

You should make an effort to eat more often if you have found that you eat very large meals for lunch and dinner. Countless studies have shown that spacing your meals out throughout the day is much more beneficial for your weight than gorging on one or two meals. The act of starving yourself and gorging teaches your body that you don't get food very often, so it switches into a slower metabolic state, and the excess calories that you eat during your meals are converted to fat very easily. Always space your meals out, and it doesn't necessarily mean that you can't have a larger lunch or dinner, it just means that you shouldn't starve yourself and that you should be sure to eat something between each meal and especially in the morning.

If you are one of the types that avoids eating breakfast at all costs, you should rethink this in 2015. The clichÃ©d phase that breakfast is the most important meal of the day isn't far from the truth; it really is important because it supplies you with the energy that you need for the rest of the day and it helps you avoid gorging at later meals. Several studies have found a positive correlation between the simple act of eating a relatively large breakfast. People who eat breakfast have more energy throughout the day, are less likely to feel starved at lunch or dinner, and as a result they eat smaller portions at their later meals and lose weight. Also, if you are going to eat something unhealthy during the day, you should eat it in the morning when your body is ready for any type of fuel after it has fasted for several hours, and your body will have the opportunity to burn it.

There is a good chance that you aren't eating enough protein for your weight. Most people should be eating around 0.50 to 0.75 grams per pound body weight based on nutritionist recommendations. You can do the math for your specific weight, but that means that you should be eating at least 85 grams of protein per day for males that weight 170, and 65 grams of protein per day for females that weight 130. Getting more protein in your diet has several positive effects. You will feel less hungry throughout the day and will be less likely to snack on junk foods or high carb foods. If you eat a protein rich breakfast it can hold you over for several hours until your next meal. Your blood sugar will be stabilized throughout the day and you won't feel fatigued. When you snack, try to include natural foods that are high in protein and fat such as nuts, whey protein, and Greek yogurt, and be sure that you are getting the minimum recommended amount of protein in your diet.

Change #5 - Get rid of bread and wheat products

Bread has been found to be a surprising source of nutritional trouble, and isn't your ally when it comes to trying to maintain a healthy weight. If you want to lose weight in 2015, try getting rid (or mostly rid) of bread in your diet and replacing it with vegetables like lettuce. Don't replace bread with tortillas for instance, which are just as bad and can cause weight gain, but look for vegetables that can take the place of bread or tortillas in a recipe, such a lettuce wraps or lettuce tacos.

Bread has one of the highest glycemic indexes of any food, which means that it can contribute to the onset of diseases like diabetes, and it certainly can cause weight gain if you eat enough of it. It almost goes without saying that you should also avoid other products made with wheat like crackers, bagels, desserts, muffins, etc. which all have the same nutritional problems that bread has. By ridding yourself of wheat products you will be surprised at how much weight you can lose from just one simple change, and how much they may have been contributing to weight gain.

If you have found that you aren't getting enough sleep on a regular basis, you might be surprised to know that this can actually be a major cause for weight gain. Several studies have found that a lack of sleep is correlated with bad eating habits such as gorging during meals, or eating too many calories per day. The reality is that you can't compensate for a lack of sleep, and the body tries to regain the energy that it is losing for its sleep deficit by consuming more calories. This ends up causing weight gain because you are likely going to still be tired most of the time and the benefits of staying awake a few extra hours is counteracted by the extra weight. Spend an extra hour or two in bed and you might be amazed at how much less that you need to eat and the amount of weight that you lose.

Change #7 - Use salsa and more spices in your recipes

Salsa is a very low calorie food that adds a ton of flavor to your recipes but doesn't add many calories. Salsa and spices are one way to make food more delicious without adding sugar, carbs and fat, and either or both can be integrated in several different recipes. Look for recipes that use spices for flavoring instead of carbs and calories, and try to use spices like cayenne, turmeric, ginger, black pepper, cumin, cinnamon and other spices that are known for their metabolic effects. Adding more spices to your food won't just help you with weight loss, you also get the many vitamins, antioxidants, minerals and other phytonutrients that are found in them. The more generous you are with the spices the better, and you don't have to drown your food in them, but adding enough of them will certainly help with portion control and with making food more satisfying.