7 Foods That Cause Belly Fat Buildup 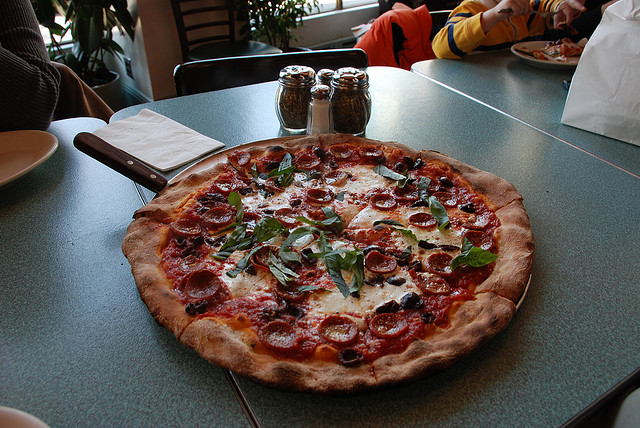 If you're worried about belly fat like most of us are, there are several foods that cause belly fat that you should avoid at all costs. Several foods can lead to inflammation, create metabolic syndrome, affect your gut bacteria, lead to insulin resistance, and cause weight gain around your midsection. There are several different foods that can cause this, but a few foods are major offenders that you'll want to always avoid, as well as a few drinks. In general, high carbohydrate foods, or carbohydrate dense foods are bad to eat, especially refined carbohydrates. Refined sugar and corn syrup also directly cause belly fat gain. If you want to keep your midsection lean, avoid these foods and replace them with whole foods or fruits and vegetables

Foods that are rich in carbohydrates are some of the worst offenders when it comes to belly fat gain. These foods can definitely make you sick if you eat them over a long period of time. Some examples include bagels, pasta, bread, crackers, cupcakes, and pretty much any food made with refined grains. These foods lead to insulin resistance, can cause allergic reactions in people who are sensitive to gluten and can raise your inflammation levels.

By causing inflammation, these foods make it easier for your body to store fat around your midsection and in other areas. They are some of the worst offenders for belly fat so be sure to avoid them and replace them with healthy alternatives like vegetables, or minimize your intake of them as much as possible, especially if you are trying to lose weight.

Several studies have found that high fructose corn syrup leads to obesity, and the fact that it can be found in thousands of processed foods, condiments, desserts, drinks and other foods means that it can easily sneak its way into your diet. For example, most barbeque sauce and ketchup is made with high fructose corn syrup, and it's also in pretty much every soft drink that's out there. Studies have found that it leads to weight gain [1] as a result of the difference in the metabolism of fructose. Fructose does not stimulate insulin secretion or stimulate leptin production, and when large quantities of it are produced it provides a large amount of energy for fat production in the liver.

Fruit juice is one of the worst offenders when it comes to belly fat gain and overall weight gain. Although it may seem harmless, fruit juice has been found to be associated with obesity in young children. A study found that the high fructose and sucrose content of apple juice [2], can lead to weight gain. The effect is worsened when the fruit juice is sweetened with extra sugar or other sweeteners. In general, when you are trying to keep the weight off your midsection you don't just want to replace soda with fruit juice, but you should avoid pretty much any drink that has sugar, because of how easy it is to consume liquid sugar with the fiber that you would normally get in whole fruit.

French fries can easily lead to belly fat gain because of the high calorie content, fat, and starch. French fries are often made with unhealthy oils, and they used to be made with trans fats before restaurants started to switch over to healthier oils. A study by Harvard [3] found that people who ate more potatoes in the form of French fries or potato chips were likely to gain weight. French fry consumption in particular was linked to the largest amount of weight gain, over 3.3 pounds in a 4 year period of time on average.

Diet drinks and foods are usually flavored with artificial sweeteners, and studies have found that they can be just as bad as sugar if not worse. Sweeteners like aspartame can increase your insulin resistance more than sugar, which means that they can lead to diabetes and other chronic illnesses. The issue comes with the effect that occurs when you consume something that tastes sweet but doesn't have calories. Your brain still thinks that you've eaten something sweet, and your body responds by increasing insulin production. But when your body doesn't get the calories, it will continue to signal that you are hungry, and it can increase your appetite which in turn leads to more calorie consumption and weight gain.

Pizza is one of the worst foods to eat because of the high carb content and fat, and although pizza can be healthier when it's made the right way, most pizza isn't really made the right way. Pizza has a high carbohydrate content which leads to weight gain like many of the other foods mentioned. When pizza is made with thicker crust the effect is worse. Having a piece of pizza every now and then won't cause weight gain for most people, but when you are trying to lose belly fat you definitely won't want to eat pizza very often. Thin crust has fewer calories and when it's made with low fat cheese and lots of vegetables it isn't the worst food in the world, but it will still cause weight gain and you should be aware of this.