6 Foods That Decrease Inflammation And Why You Should Eat Them 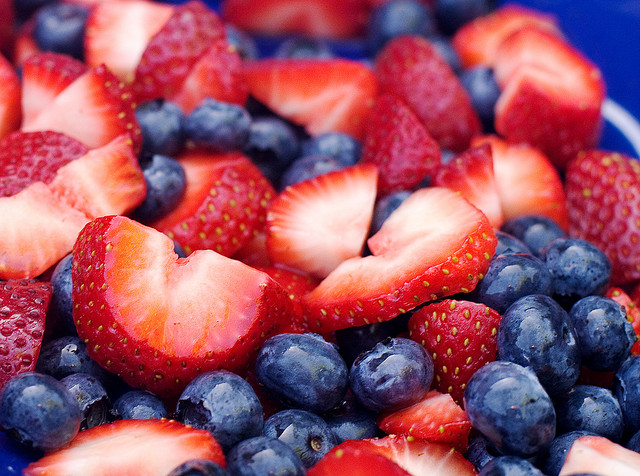 Inflammation is one of the most significant health problems that can result from your diet, but it's easy to overlook since some of the effects of chronic inflammation can go unnoticed. Inflammation can be described as the body's immune response which is used to fight off an infection, or in the case of food induced inflammation the immune response is caused by a compound in the food. For instance, it is now known that several people suffer from gluten sensitivity, and many gluten free foods are now labeled for those with Celiac disease and other gluten sensitivities. Gluten is a protein in wheat that causes an immune reaction, and it is one of the most common causes of inflammation, however it is not the only cause.

Why you should eat foods that reduce inflammation

Clearly, avoiding wheat is crucial for reducing inflammation levels since foods made with wheat have gluten. Some nutritionists and medical experts think that there are many more people who suffer from gluten sensitivities than previously thought. So, reducing inflammation by avoiding certain foods is just as important as eating the right foods.

Some of the foods that are known to cause inflammation include sugar, saturated fats, trans fats, omega-6 fatty acids (which are found in certain types of oil such as sunflower, soy, peanut, corn, safflower, and salad dressing oils), refined carbohydrates, MSG, casein (a protein found in dairy), aspartame, and alcohol. As you can see this list includes foods that you want to avoid for reasons outside of inflammation because foods like sugar and refined carbohydrates are known to lead to rapid weight gain. The added effects of inflammation that these foods cause are thought to make the weight gain effect even greater and more dangerous to long term health.

Below are some of the best foods to fight inflammation, and you should try to include as many of them in your diet as you can and notice if you have any improvements in your health, particularly weight loss. Low levels of inflammation may be tied to weight gain and even if you don't know where the inflammation is coming from you can reduce or eliminate it by eating these foods.

Olive oil, particularly extra virgin olive oil, has shown to be effective at reducing inflammation levels because it contains compounds that can reduce pain and inflammation called oleocanthal. The compound has a similar effect as painkillers, and it is in a higher concentration with extra virgin olive oil. And of course there are dozens of other health benefits for consuming olive oil on a regular basis including improved cardiovascular health and more.

Berries and virtually every other fruit are good at fighting inflammation because they have high levels of antioxidants. Berries have substances called anthocyanins that give them their color, and these compouds have powerful anti-inflammatory effects. Studies have shown for example that women who eat strawberries regularly have lower levels of C-reactive protein in their blood.

Garlic has several health benefits and one of its most potent effects is that it reduces inflammation levels by blocking some of the chemical pathways that medications like NSAIDs do. The diallyl sulfide and thiacremone in garlic have shown to have anti-arthritis properties among other chemicals, and similar chemicals can be found in onions. Garlic is such a strong anti-inflammatory food that it can substitute for NSAIDs in some cases. Garlic is thought to be helpful in fighting obesity for the reasons described above, with inflammation levels being potentially tied to obesity.

Dark leafy vegetables like spinach, collard greens, kale, broccoli and others are thought to reduce inflammation levels because they have high levels of Vitamin E, which is a key vitamin that protects the body from the damaging effects of inflammatory compounds. The darker the greens are the better, as the darker greens have many other vitamins, anti-oxidants and minerals in them. They also contain an omega-3 fatty acid called alpha-linoleic acid which has similar health benefits to the omega-3 fatty acids that are found in fish.