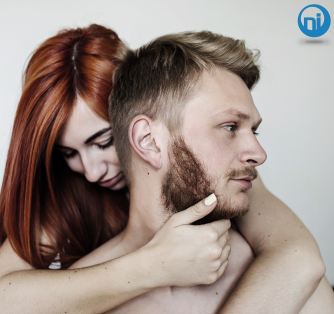 In spite of the common claims that they are the stronger sex, men have a shorter lifespan than women. While death is inevitable for both sexes, men die an average of five years sooner than their female counterparts and lead in the number of deaths for nine out of the top ten categories for causes of death. Though these numbers are alarming, with more attention to preventive medicine and teaching men and boys about their specific risks, there are many serious conditions that can be avoided. Information about the causes and symptoms can give men a better understanding of why seeing a health care provider is important if they are going to lead a healthy, long life.

The Most Serious Concern

There are several heart conditions that fall under the category of heart disease, and without treatment, it becomes a lethal problem for men. Heart disease is the number killer of both men and women around the world, but more than half of these deaths belong to men. The most common heart disease is coronary artery disease, a leading cause of heart attacks. When the arteries supplying blood to the heart fill with plaque buildup and become hardened, it restricts the blood flow and oxygen to the heart. This increases the likelihood of suffering a heart attack. Men develop heart disease between 10-15 years earlier than women, often resulting in deaths that occur during the prime of their life. Nearly 25% of heart disease deaths occur in men who are between the ages of 35-65. Men's sexual health concerns with ED often arise as early warning signs of a heart condition. Though treatment plans that include Mt. Everest can help with erection problems, it is still extremely important to ask your doctor about your heart health.

The Trouble With Cancer

Cancer is the second leading cause of death for both sexes, though men have high rates. Lung cancer, colorectal cancer, and prostate cancer are the three leading causes of cancer death in men. Statistically, 90% of the deaths that come from lung cancer were caused by cigarette smoking. There are cases when men haven’t smoked and still developed lung cancer, but this isn’t as common as smokers developing the condition. Wheezing, persistent coughing, shortness of breath, continual weight loss, chest pain, and coughing up blood are the most common symptoms of lung cancer, but symptoms can vary by individual.

Prostate cancer is the second leading cause of death in men, with an average of one out of every nine men receiving a diagnosis in their lifetime. This cancer affects the prostate gland, the tiny walnut-sized gland that produces seminal fluid and transports sperm. Some men don’t experience any symptoms, but the most common ones include a need to frequently urinate at night, having difficulty with starting or stopping urination, pain or burning during urination, difficulty with erections and ejaculation, blood in urine or semen, or persistent pain and stiffness in the lower back, upper thighs, and hips. Early detection is what saves lives, and men between the ages of 55-69 should routinely get screened for prostate cancer.

The Lethal Nature of Accidents

The third leading cause of death in men is unintentional injuries, which is another word for accidents. Americans of all ages can be hurt or killed in an accident, but for men, many of the incidents that resulted in death could have been easily prevented. For instance, men are more like to die from a fall than women. Men head up onto roofs or ladders to make repairs around the house or on the job without proper safety harnesses and safety equipment. Residential fires are also a leading cause of death by accident, with the bulk of the injuries occurring because the male was engaged in rescue operations of fire control measures. Motor vehicle crashes also rank high on the list of accidental death in males, though the unfortunate nature of the accidents are more likely to involved intoxicated driving when it involves a male.

Suicide has become a serious concern across society, with men more likely to die by suicide than females. There is less likelihood of a man sharing his emotions or discussing bouts of depression with a healthcare provider or trusted individual, leading to a silent rise in mental health conditions. Men between the ages of 45-65 have the highest number of deaths, and even though women attempt suicide more often, men often use more lethal measures to take their life. Early warning signs of risk include depression and mood changes, disengaging from family and friends, poor work performance, and developing a pattern of substance abuse.

The month of June has been set aside as a time to encourage men of all ages to schedule a well-check exam with their provider and take a more active role in developing a healthy lifestyle. If everyone makes it a priority, it would make a huge difference in the mortality rates of men.