The Male Problem With the Gender Gap in Mortality 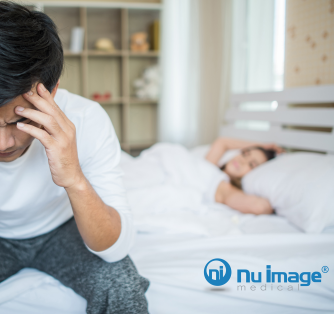 There is a gender gap in mortality rates all across the world, just as there is a gap in gender birth rates. According to information from the World Health Organization, there are approximately between 103-107 boys born for every 100 girls. However, as genders move through age groups, there is a shift that favors girls and women outliving their male counterparts. In fact, boys are more likely to due during childhood than girls because of their susceptibility to infectious diseases and birth complications. Though boys still outnumber girls 106 to 100 up until the age of 20, by the age of 35, the shift has been made where females outnumber males. During the very final years of life, women maintain a higher life expectancy, with 70 years old and above having a disparity of 89 males per 100 women.

The Why Behind the Problem

Males are often touted as being the strong sex, but given the statistics, that doesn’t seem to be the case when talking about longevity and mortality. Numerous theories and studies try to explain why there is a naturally higher birth selection towards males, and apart from genetic explanations and the probability statistics with regards to miscarriages, researchers lean towards selective pregnancy decisions a prime determinant in higher male birth figures. However, what happens after birth is less complex. There are a number of medical conditions and factors that negatively affect mortality during boyhood. Nutritional deficiencies, whooping cough, SIDs, premature birth, heart anomalies, and birth defects are just a few of the things that claim the lives of boys, who naturally are less physiologically mature than girls at birth. As the boys grow into manhood, some of the physiological differences still account for mortality rates, but most of the problem lies with behaviors and lifestyle choices.

The Heart of the Problem

Heart disease is the leading killer of adults all across America, but its the leading cause of death in men. About one in four male deaths can be attributed to heart disease. Coronary heart disease occurs when the arteries that would normally supply a healthy flow of blood to the heart become narrow and hard because of plaque buildup. This process is called atherosclerosis, and it occurs when cholesterol, other lipids, and fatty substance can’t be processed through the body and get stuck on the artery walls. As the blood flow gets restricted, the heart muscle doesn’t receive the oxygen it needs to operate, leading to a heart attack. Other heart conditions include arrhythmias, angina, or heart failure. One lesser-known complication of heart conditions is erectile dysfunction. Men's sexual health is directly linked to strong blood flow coming from the heart, and ED or failed erections occur when the blood supply isn’t there. While a simple prescription of Mt. Everest could help with this dysfunction men, male pride and expectations of masculinity often keep them from seeing a physician for help they need.

The Lack of Attention to the Problem

In spite of increased risk for diseases that will take their life, men are also statistically less likely to seek help for any symptoms or health problems they are experiencing.  Men will use a number of excuses to avoid going to the doctor, even for a routine wellness exam. About 40% of men skip recommended cholesterol or cancer screenings, and on average, they are 25% less likely to have made any visit at all to a healthcare provider in the last year. Though it seems quite stereotypical, the number one reason men decide to actually make an appointment is because of the nagging from a woman in their life. The genetics of male longevity is reason enough to make sure those visits are scheduled, but there are too many other hang-ups that keep men from making the call. Too many of the social pressures on males to be the tough guys that can handle anything keep men from taking a serious interest in their health. Combined with poor health behaviors and the lower usage of the health care system, there is no surprise that men die about five years earlier than women.

Though statistics still have men being outlived by women, there are signs that the gender gap in mortality might be decreasing. Much of this can be attributed to the toll that heart disease is having on the female population, also being the number killer for the gender. There are also signs that dementia and related conditions like Alzheimer’s are also having an effect on bringing the mortality rate into balance. Degenerative conditions of the brain affect more women than they do men, with women with dementia outnumbering men two to one.

The hope is that new medications and treatments suited to the specific genders can be derived to close the mortality gap even further. Even if this happens, there still remains a need to raise awareness with males across the nation concerning their health and the importance of preventive care. The month of June has been designated and Men’s Health Month, in hopes of creating this awareness.