The Drop in T-levels Throughout Generations 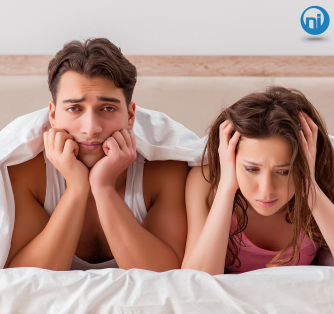 Recent studies show that the number of American men seeking testosterone therapy is on the rise. In the last few years, prescriptions for medications will boost low T levels have doubled. More than just trendy marketing campaigns, there has been a physiological shift in the testosterone levels of men when compared to their counterparts a generation ago. The T levels are lower in men these days, with a number of social, behavioral, and environmental factors impacting the new normal of men's sexual health.

The Decline in Male Health

The drop in testosterone has been tracked over the past few decades since the early 1980s, and the substantial drop each year equates to about a 1% decline. For comparison, a 60-year old in 2004 had 17% less testosterone than a 60-year-old back in 1987. One Danish study took the study even further, comparing men born in the 1920s and those born 1960s. The study noted a double-digit decline. Testosterone isn’t the only challenge that men have had to contend with over the years. Reproductive disorders (such as testicular cancer) have been on the rise, and sperm counts are shrinking. The number of men who suffer from ED continue to grow, with the age of impact getting lower and lower each year. Though not related to sexual organs, there has also been a noticeable decline in musculoskeletal strength in men. Back in 1985, men between the ages of 20-34 could apply around 117 pounds of force with a right-handed grip. The same age bracket, when evaluated in 2016, found that only 98 pounds of force could be applied. These health concerns are drawing attention to the future of male longevity. Men already live, on average, five years fewer than women.

The Reason for Decline

Research has tried to get to the bottom of all the decline in these areas of health, but the answer is complicated. For example, lower testosterone levels could be linked to lowers rates of smoking and higher rates of obesity (it suppresses testosterone). However, when these factors were controlled in a study, the results didn’t align either. The search then moves to evaluate the way men work and live. In today’s tech-savvy and digitally-influence society, young men are less likely to have a job where manual labor is needed. Because of this, men don’t have to be as physically strong as they did forty years ago. Consider the changes in lifestyles and relationships. Traditional goals of fatherhood, marriage, and domestic responsibilities have given way to Millennial and Gen-X men who marry later in life and want fewer kids. The younger generation also either lives at home longer or lives with other people. In this case, it may create the production of prosocial hormones like oxytocin, which don’t pair well with testosterone. Researchers also blame lifestyles that don’t include much exercise, tight-fitting clothes, and increased temperatures and comfort measures in homes and offices. It can be hard to say the exact reason for the decline, since there are a number of factors that influence this area of men’s health.

The Impact of Low Testosterone

Low testosterone isn’t something that just occurs between generations. The body’s testosterone level will naturally decrease with age, with about two out of every 10 men over the age of 60 having low levels. When the body doesn’t produce enough testosterone, a man could experience a range of symptoms. The normal range is between 300-1,000 nanograms per deciliter, so low levels are anything below 300. A blood test is used to determine where your number falls. Sometimes the signs of low T are subtle, so knowing when something is off can help you pinpoint what it going on.

If you are struggling with your testosterone levels, you may experience chronic fatigue, weight gain, poor muscle mass, or mood changes. Don’t ignore these symptoms or chalk them up to stress. Make an appointment with your healthcare provider to find out if low testosterone could be at fault.