The Biggest Threat to a Man’s Sexual Satisfaction 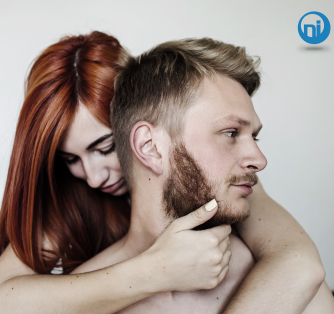 The recent media attention given the #MeToo movement has generated a lot of discussion about sex and pleasure, and the resulting opinion could be the biggest threat to men's sexual health. Although a man would tell you a diagnosis of erectile dysfunction is the greatest threat to his sex life, the spotlight on sex for pleasure has been turned to the female, and right now, they are owning the stage. Passion and romance have had their ups and downs over the years, but individuals as a whole seem to view the act of intercourse as more than just a way to procreate. Sex used to be a taboo discussion and all allusions to intimacy were generally hidden from public perception. Remember the old television shows like I Love Lucy? Sleeping in separate bends and few on-screen displays of affection have shifted toward a new focus on female-focused sex and pleasure. This isn’t to say that men aren’t supposed to enjoy or derive and satisfaction from having sex, but the #MeToo movement showed the world that there is a difference of opinion between what men desire and what women are willing to tolerate in a sexual relationship when it comes to what a woman actually wants. This is the crux of the dilemma for men and their own sexual satisfaction. The change in perception about giving and receiving pleasure is shaping a new culture on sexual freedom, satisfaction, and responsibility.

A Coming of Age

One would think that practice makes perfect when it comes to sex, and therefore those with more experience would be better in bed, but the opinion of today is showing this couldn’t be further from the truth. Simply getting it done for immediate need satisfaction is a mindset of an older generation, and younger males are starting to look at what improving the female experience will do for the relationship as a whole. Most often, it's the men who are forty and over that realize something isn’t right about their sex life, and its more than just a possible drop in testosterone. Although men who age tend to be susceptible to the condition of ED, erectile dysfunction affects both male and female satisfaction, so this can’t really be blamed for a lack of female engagement during sex. The message is being spread loud and clear that women have sexual desires that need to be taken into account for intercourse to be pleasurable. They want open discussions about sharing what they really want, and they don’t want judgment for taking matters into their hands with sex toys and stimulation creams. They want men to take the book She Comes First seriously, and if they don’t, they want no part of the process. The #MeToo movement is more than just an awakening call to sexual violence and abuse. It has become a message of female empowerment. If men aren’t listening, they are going to be left out of the equation.

For many men, it will take reshaping your perception of sexual performance and satisfaction to make sure you survive the trend that is sweeping the globe. If you don’t embrace the idea that female pleasure ought to be a significant component of your sex life, then you may find yourself out of a job. The sex industry has seen a recent spike in female sex toy purchases, and as one billboard recently advertised to its female market, “Scream your own name” when highlighting the release of a new vibrator. If you want to get back in the ball game, you may want to look at your own performance and ways you can step up your game. Whether or not you suffer from erectile dysfunction, you can always look for ways to improve your own sexual abilities and how you deliver satisfaction to your partner. If you want to maintain hard erections, have increased libido, more energy, and a ravenous appetite for sexual pleasure, then Mt. Everest may the supplement you have been looking for. One pill combines the power of three medications to deliver a total body experience that both you and your partner will enjoy. However, just because you are having a good time doesn’t mean she will.

When it comes to sex, females are speaking out for equality, whether it be pleasure equality or orgasm equality. These are new terms being used to describe the female position as more than just a sexual object or male desire. It’s a desire for men to recognize the wants that women have and give those wants and desires the time and attention they deserve. Great sex isn’t going to happen when only one of the partners is really into and on top of the world. The culture is moving away from a male-dominated sex scene and challenging females to take control of the sex they want, rather than be left with the sex they get. As a more emotionally intelligent male population begins to understand this shift in perspective, they will become better partners and lovers, giving females that pleasure they desire.