Low Libido Can Lead to Divorce 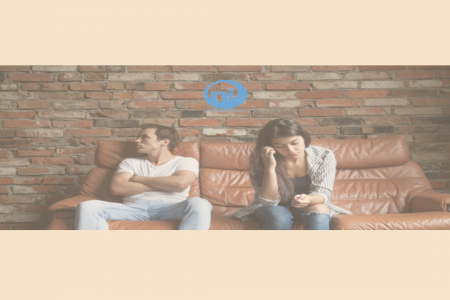 New love is intoxicating. There's nothing quite as exhilarating as the early stages of a romantic relationship. Just the thought that being together can be thrilling. An MRI study of new love suggests that new love activates the reward centers of the brain, similarly to opioids. The love drug can have a very positive effect on the libido.

But what happens once the rewards of the love drug subsides for one or both people in a relationship?

A low libido can be caused by many things, including:

Many people feel like they are alone in a sexless marriage. They don’t talk to each other, to friends, or to a therapist because they find struggles in their bedroom to be an embarrassing, shameful topic.

One woman opened up with us about how her husband’s low libido pushed them toward divorce.

In our marriage, I was the one begging for sex from an uninterested male partner. Sex one time a year would have been one time more than what we were having.

Before I go any further, I want women to know that if you want sex and your husband doesn’t, you’re not alone and it’s not YOU.

Looking back on my relationship, the frequency of sex dropped off quickly. I told myself that things would get better. We enjoyed each other’s company and he was a great father to our kids. I falsely assumed that men have higher libidos than women, so I justified this lack of sex as “only temporary.”

When my husband hit 45, he suddenly experienced erectile dysfunction. Along with that, his interest in sex waned. The biggest problem of all?  I didn’t know any of that, because he was embarrassed to tell me.

Our society has built this erroneous idea that men want sex all the time, so I imagine it would be hard for a man to admit to sexual dysfunction and a lower libido, even anonymously. I get it. I mean, how many times have I lied to someone about my weight?  (Let’s not even go there!)

Feeling shame doesn’t make someone a broken person, but putting on an invisibility cloak with your partner also doesn’t mean you can hide you from yourself. After all, the most damaging lies are the ones we tell ourselves. Nothing in a relationship ever gets better on its own. Not addressing the problems in our relationship and hoping things would get better was like asking the ingredients in our pantry to bake themselves into a cake.

I was embarrassed about my attempts at rekindling the magic of first love.  I’d try sleeping naked or schedule romantic date nights, but the more I tried to pursue him the further he seemed to move from me.

Waiting months or even years to talk about your sexual relationship only turns your bedroom into a weapon. For us, the silence added so much more complexity to our marriage because the resentment between us just compounded like a high-interest credit card.

I tried to make our marriage work for the next five years, hoping that something would change. It didn’t. At least not for the better.

I felt like I was being held hostage in my marriage, which I have come to learn is exactly how many women feel in this situation. It is why so many sexless marriages lead to either infidelity or divorce.

So, there we were. I felt like I was outside my body watching us talk about a divorce due to a sexless marriage. I loved this man sitting across from me. I fell madly, deeply in love with him when we were young. I never guessed back then, when new love kindled hot flames, that one day we would simply exist as roommates.

It seemed petty to divorce over sexual issues, but the sexual issues only raised other problems in our marriage that had been shoved down for years.

Sexless marriage is more common than people think. And it is a silent marriage killer for couples who are unwilling to be vulnerable with one another.

Are you considering divorce because of low libido?

You are not alone.

If you love the person you’re with, then speak up!

When you build your private medical profile with Nu Image Medical, you can begin the process of talking confidentially about your issues in the bedroom. If you’re willing to talk, there are medications that may help both of you.

Nu Image Medical is proud to offer Mt. Everest to male patients who are struggling with sexual dysfunction. While other popular sexual enhancement medications focus mainly on erectile dysfunction, Mt. Everest is the only three-in-one compounded product available that also ignites feelings of arousal as well as the desire for intimacy and closeness.

Unlike any other prescription product available, Mt. Everest includes three powerful ingredients: Tadalafil (Treats E.D.); PT-141 (Increases Sexual Desire); Oxytocin (A.K.A the “Cuddle Hormone”—Restores Intimacy). It can only be purchased with a prescription.

More than half of men across America will experience some form of sexual dysfunction, but only 25% of them will talk to a doctor and get treated. We open the door for that silent 75% to privately speak to one of our physicians in a private, online telehealth consultation.

Nu Image Medical also offers Scream Cream to female patients who are ready to put the OMG back into their sexual pleasure. This transdermal cream is efficiently absorbed into the skin after application and utilized locally around the body tissues without going into the bloodstream.

Women experience a decrease in libido as they age into their forties and above. This is very common and usually caused by perimenopause or menopause symptoms. With Scream Cream, they can feel like a teenager again, but without the acne and high school drama.