How Your Sex Life Affects Your Mental Health 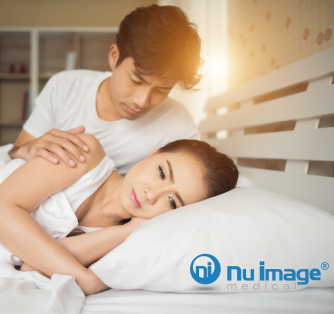 It’s common knowledge that your mental health directly impacts your sex life, but did you know that, inversely, sex can affect your emotional wellbeing? From the amount of sex you’re having to the quality of your sex life to your relationship with your partner, physical intimacy (or lack thereof) may be a major influencing factor on your overall state of wellbeing. If you haven’t felt like yourself lately, or if you feel more stressed out, down, or anxious than usual, it may be worth your while to examine your sex life.

The Psychological Effects of Sex

The links between sex and psychological wellbeing are complex and not wholly understood. A lot of studies will tell you that people who have sex more are happier, but what those studies do not take into account are the many singularities associated with each individual moment of intimacy, including emotional connection, quality of sex and motivation. That said, some effects are more common than others.

According to one study, physical intimacy can drastically reduce stress hormones and increase feel-good chemicals, including endorphins, dopamine, and oxytocin. However, the catch is that for this effect to work for most people, there must also exist an emotional connection.

Moreover, after an orgasm, the body releases the hormone prolactin, which induces the feeling of drowsiness and an overall sense of relaxation. The most common response after orgasm is for the body to go into a deep and peaceful slumber (which is also good for your stress!).

As if that’s not enough, an additional study found that having sex every day for a full two weeks not only decreased anxiety, but it actually resulted in cell growth in the hippocampus -- or the emotional center of the brain. At Nu Image Medical, we understand that sustaining a rockin’ libido all the time isn’t realistic. However, if you want to attempt to alter your brain’s makeup for the better but are unsure of your body’s ability to keep up, try Scream Cream, a sexually-enhancing medication for women.

In addition to making you feel better, sex can actually make you smarter. The same study that discovered regular sex can lead to brain cell growth also found that sex increases a person’s cognitive capacity, especially in women. According to the findings, women who thought of past sexual encounters showed a boost in their analytical thinking skills. Improvements in brainpower declined as sexual activity decreased.

If that’s not enough to impress you, additional findings from a study on women’s sexual health will. According to the research, every part of a woman’s brain becomes activated during sexual climax. In comparison, common brain stimulation activities, including crossword puzzles and Sudoku, only engage a handful of the brain’s regions, at best.

The reasons behind this are varied, but the conclusions from various studies remain the same: Lack of sex can be harmful to one’s self-esteem and can lead to feelings of depression and low self-worth.

Some studies suggest that this effect is due to the stigmatization of being a virgin. In today’s society, there is a lot of pressure to be sexually active. Those who aren’t may feel inadequate in some way and compelled to unburden themselves of their virginity.

Many others theorize that sex is a fundamental human need. These individuals subscribe to the same idea that Abraham Maslow suggested, which is that human needs fall into one of five categories: Water, food, and sleep; safety; love/connection; autonomy; and esteem. In order to be physically and mentally well, a person must fulfill each of these needs. Though sex is not, in and of itself, a fundamental human need, it is an important aspect of love and connection. Furthermore, if a person neglects a need for too long, his or her mental health may see a negative impact.

As point one stated, sex with someone with whom you have an intimate connection can activate the body’s feel-good hormones. Casual sex, on the other hand, may have the opposite effect.

An analysis of responses from college-aged students reveals that casual sex can impact mental health in a variety of ways. For those who had casual sex for the “right reasons” — meaning they wanted to try new things or explore their sexuality — demonstrated higher levels of self-esteem. However, those who had casual sex for the “wrong reasons” — meaning they felt pressured to have sex or wanted to avoid their feelings — demonstrated lower levels of self-esteem and higher levels of anxiety and depression.

For many people, sex can be great for the mind and soul. If you’re experiencing emotional instability but are with a partner you love and respect and who loves and respects you, the fix may be as simple as boosting your sex life. If you struggle to do that, there’s always help (i.e. Scream Cream) available.