Have You Got Game? 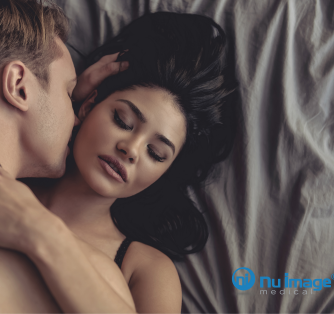 Within the male brotherhood, there is an expectation of “having game” if you are going to be successful in the relationship arena. Whatever your swag or style, apparently “having game” is the ticket to getting what you want in the love department. Now, with so many people having to spend more time abiding by social distancing rules, you might have found yourself thrown off your game. You may be out of work or unable to hang out with the guys. You might be staying home surrounded by family members or a partner, hoping to find some answers to the crisis at hand. Even if you aren’t in your element, you can still take advantage of gameplay to pass the time, generate some excitement, and get some friendly competition going.

Not Just a Pastime

When you hear the term board games, many people think back to classic games like Monopoly, Scrabble, Life, or checkers. Passing the time in such a humble way used to be one of the only forms of entertainment the American household had. Since the arrival of televisions, digital devices, and the internet, gathering around the table for game night is practically a thing of the past. Family schedules are also more complicated than they used to be, creating even more chaos when trying to narrow down a time where everyone can gather carefree without looming homework deadlines, work presentations, or housework. Fortunately, these past few weeks have created more than enough opportunity to break out the board games and gather around the kitchen table. Still not convinced? Check out these health benefits associated with playing board games.

Having fin leads to feeling good and an increased sense of happiness. This is one of the prime effects of playing board games. When you laugh, your body increases its release of endorphins. These are the chemicals associated with feelings of happiness, as well as increased satisfaction in areas of men's sexual health. Right before orgasm, the body releases oxytocin and endorphins, creating feelings of intimacy, fulfillment, and satisfaction after sex. If you aren’t achieving this sense of happiness due to a failed or weak erection, you may be suffering from ED and need a product like Mt. Everest to restore hardness to your erection. While not a replacement for sex, board games can have a similar effect on the release of feel-good hormones. Endorphins are also known for improving blood pressure numbers, so laughing around a game of Pictionary could help put you in better cardiovascular health.

As the body ages, the brain loses some of its functions. There are also serious concerns of cognitive degeneration found in conditions of dementia or Alzheimer’s. The prefrontal cortex and the hippocampus of the parts of the brain that are thought o be responsible for memory formation and complex thought processes. When you engage in board games, you increase the activity of these areas of the brain, making them strong and preventing decline.

There are many reports that the lockdown situation is severely and negatively impacting those who are struggling with mental health conditions. The isolation and stress of the situation can lead to depression and anxiety in many, and there have been reports that suicide rates have gone up in the last few weeks. Playing board games create a bond between family members and friends, creating a spirit of belonging and nurturing identity. For those that struggle to remain positive or who feel there isn’t much good left in the day, a time spent with family engaged in laughter and camaraderie can really lift the spirits. As the brain is exercised, it grows stronger, even in areas of mental health. In one survey, 64% of respondents used board games as a way to relax and unwind, and 53% of the respondents said they used games to help relieve their stress.

This time period has many worried about their health, but adding board games to your nightly routine might help ease your mind. Research shows that your body’s ability to fight disease is significantly weakened when negative thoughts and feelings are present in your mind. Conversely, the laughter and enjoyment that is present in a rousing game of Clue suppress the effects of damaging radicals and chemical imbalances within the immune system.

You may be lucky enough to have some of the most classic board games tucked away in your closet, but there are some pretty exciting new ones out there as well. Pop some popcorn, dust over the instruction pamphlet, and schedule a game night for your family.