Female Sexual Dysfunction: What You Need to Know 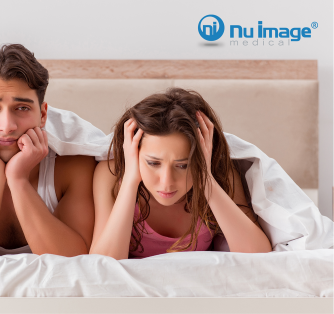 When it comes to discussing sexuality and challenges in the bedroom, the subject is no longer off-limits or just associated with male issues of erectile dysfunction. Not only have more women opened up about their desire for sexual equality and pleasure, but women's sexual health issues have also become more important. The physical obstructions to a healthy sex life are just as important as the psychological ones, and today’s culture has been more open in exposing both and developing treatment options for women who suffer from either in the bedroom. The interaction between the physical and psychological is often labeled an individual’s sexuality and the activities that occur because of this interaction work to fulfill the needs of closeness and intimacy in relationships.

First of all, your sexuality isn’t limited to your sex life. Moving past playtime in the bedroom, sexuality includes how you feel about yourself and the way you relate to others. It encompasses your past sexual experiences, as well as the desires, understanding, and needs of your sex life. The way you feel about your relationship or your partner can impact your sex life, most often by affecting your sexual satisfaction. Your age and experiences will also affect your interest in sex and the way you respond to sexual stimulation, with most women experiencing a sexual peak in their late 30s that can carry through to their early 40s. The nature of your past sexual experiences will influence how you perceive your own sexuality, but things like hormones, life situations, partners, overall health, and environment can influence your opinion of specific sexual encounters. Since there is so much going on to help develop a female’s sexuality, there is any number of problems that can interfere with a woman’s ability to be sexually satisfied during sexual activity. Whenever this occurs, females are said to be suffering from female sexual dysfunction (FSD).

By knowing what a normal sexual response cycle is, you can figure out if what you are experiencing is abnormal. Male dysfunction is more openly discusses as a sexual condition, but females can suffer from the same disruptions in the response cycle but with different physical outcomes and changes. The cycle begins with desire and excitement, and as you begin to get into the mood your breathing and heart rate quicken and your skin begins to flush. Through sexual stimulation, the next phase of arousal begins. In females, the vagina is filled with fluids, helping to moisten the labia and vulva. The vagina expands and the clitoris begins to enlarge. Your nipples will also change, becoming hard or erect. When your body is at the peak of arousal, the third phase of orgasm takes place. Commonly called the sexual climax, the muscles around your vagina will rhythmically contract, creating an intensely pleasurable sensation. Following this is the fourth phase of resolution, where the clitoris, vagina, and surrounding areas will revert back to their normal sizes and unaroused states. This can leave you feeling relaxed, content, and sometimes sleepy following the rush of hormone production. If these stages do not occur normally, you could be said to be suffering from a sexual problem or FSD.

Different sexual problems reveal themselves during the different stages of the sexual response cycle. If you are unable to make it through any of the stages, it can create a problem with satisfaction. For females, this can cause emotional problems within her relationship and her own sense of pleasure and feelings of sexuality. There are three types of problems that women often share in relation to FSD.

1.     Lack of Desire. Women who experience a lack of desire, or a lack of interest in sex, put the brakes on the sexual cycle before it can even begin. Although this could be a temporary condition for some women, others deal with a more ongoing problem.

2.     Lack of Sexual Arousal. There are many women who have sexual desires but suffer from an inability to achieve arousal or orgasm. In spite of the best efforts, orgasm may be delayed or isn’t achieved at all. This affects the interest in sex because it doesn’t lead to fulfillment. For women with this problem, using a product like Scream Cream can help with the physical needs of creating arousal. It increases the blood flow to the genitals and heightens sensitivity, generally increasing pleasure.

3.     Lack of Comfort. In other words, women who experience pain and discomfort during intercourse avoid sexual encounters whenever possible. As the experience hurts, women lose interest in sex, potentially creating emotional trauma that accompanies the physical condition.

If you have had any of the symptoms or experiences affecting your sexual interest, you may be suffering from FSD. Don’t be shy or embarrassed. Talk to your physician about treatment options that can help.