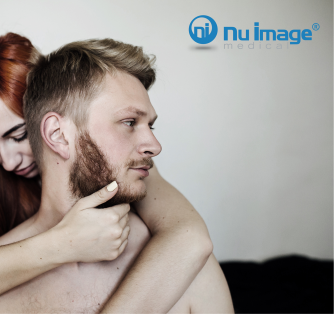 The past few decades have seen older men past their 40s and 50s reporting the most cases of erectile dysfunction to their practitioner, but more recent studies on ED have seen a dramatic shift. Young adult males in their 20s and 30s are seeking treatment options for what they believe are conditions of erectile dysfunction. Though the pharmaceutical industry isn’t complaining about the expansion of the consumer base, there is a real concern that the numbers for those being diagnosed with erectile dysfunction aren’t decreasing, despite the increased education and awareness that has been issued for this serious issue of men's sexual health.

When men head to the doctor or self-report cases of impotence, there are some common symptoms. The primary concern is an inability to get an erection that is hard enough for sex, or the inability to keep an erection hard enough to achieve satisfaction. Men usually also report a decreased desire for sex and have trouble with premature ejaculations. The mechanics of sexual function, when not operating correctly, limit the ability of the penis to remain hard. During arousal, the muscles in the penis relax and allow a rush of blood to fill the penis and create the erection. When the muscles aren’t able to relax, the blood flow is weak, or the physical responses are delayed or premature, it can create a limp or weakened erection. The relationship of male sex organs to the other areas of the body also plays a vital role in being able to develop or sustain an erection. These could include heart disease, diabetes, high cholesterol, atherosclerosis, obesity, and high blood pressure. Medications, mental health issues, or sleep disorders can also impact sexual functions. Dysfunction treatments like Mt. Everest target the blood flow and increase the rush of blood to the penis to restore a hard erection.

In addition to the physical impact of bodily organs on erection abilities, there is a psychological component. The brain triggers the physical sexual responses needed to perform, and arousal and sexual excitements are often the first feelings. Hormones are released to heighten feelings of pleasure, excitement, and satisfaction, but psychological issues can impair these responses. Stress and depression negatively impact the brain’s response to sexual stimulus, just as relationship problems, poor communication, and anxiety have an adverse effect on sexual pleasure.

Treatment protocols for erectile dysfunction are largely prescribed according to the severity of the condition. While medications may be enough to restore blood flow and heighten feelings of pleasure, there could be lifestyle changes that are needed in order to improve your energy levels and long-term sexual experiences. Those who have trouble with arousal may consider seeing a sex therapist or counselor find out if their expectations about sex are healthy and natural. Relationship issues could also be impacting your sex life. Whatever the underlying cause, there are treatments that can help restore your erection and satisfaction.