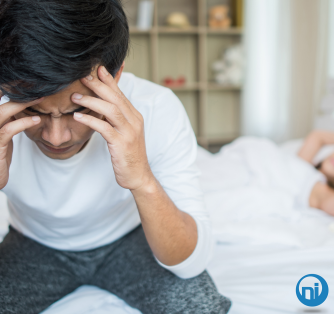 The battle of the sexes has been going on since the beginning of time. The battleground holds skirmishes of household chores, diaper changing, stay-at-home parents and asking for directions. But the bloodiest battle is one that incites outrage and confusion from both parties. The battle of the doctor’s visit.

You probably can make a list right now of all the men in your life that refuse to visit the doctor. From your brother who has never had a yearly checkup, to your husband who believes “sweating it out” is the only cure for the common cold. All these men are obviously ailing, but consistently brush off your concern with “I’m fine” as they swallow their pain with the cheapest over the counter medication they could find at the drugstore.

But is there a method to the madness? Is there a reason men hate visiting doctors? And are there any magic potions that could convince the men in your life to step off their high horse and get their yearly blood test?

On average, men die earlier than women, they smoke and drink excessively and they practice riskier behavior. They also have worse health and higher rates of suicide than the average woman. When faced with the statistics, you would think more men would be running to their doctor appointments. But yet, men are twice as likely to say they’ve never visited a health care professional as an adult. They are also more than three times as likely to admit going more than five years without a visit. That’s a pretty chancy move for sex fraught with health problems and early death.

It’s probably easier to brush off your man’s wiles and complain about his stubbornness at your weekly “Wine and Whine” meeting. But there are certain reasons behind his reluctance to step foot in the dreaded doctor’s office. According to a survey conducted by Orlando Health, there are several common excuses used when faced with a suggested doctor’s visit:

There are several reasons why men hide between these excuses — most of which can be traced back to toxic masculinity. Men who hold traditional masculine beliefs are less likely to admit to pain. This means they will refuse to visit a doctor and will downplay their pain.

Men should be visiting their doctors at least every two years. These involve visits to check blood work (every two years); a diabetes screening (every three years); cholesterol and heart disease screenings (every five years) and colon cancer screenings (every ten years). Men's sexual health examinations should also be performed routinely. If they haven’t visited any doctor in several years, they should make an appointment as soon as possible.

If you’re worried about your loved one, there are a few gentle techniques you can use to try and convince him to take the necessary steps for maintaining his health.

Visiting the doctor can be an uncomfortable experience for many men—especially those who grew up believing in traditional male values. These men need to redefine their ideas of strength and bravery, especially when faced with physical pain. A strong individual should be one who puts their health at the forefront, protecting their body with daily habits and yearly consultations. And at the end of the day, this is something the men in your life will have to understand. The least you can do is hold their hand as they go through the process.