Your Hair Color is Showing Your Identity 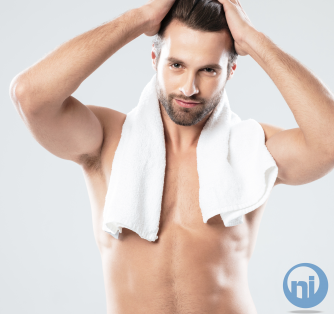 Thanks to an abundance of color dyes and tinting kits, it is possible to give yourself a hairstyle that carries with any color of the rainbow. Though you might never be able to pull off pink hair or you would love to try a splash of blue, hair color seems to be uniquely tied to one’s personal identity. For centuries, hair has shaped the way people view both themselves and others. In more recent studies, researchers have proved that hair colors and styles are often the basis of assumptions about the people you meet in the grocery store, ride the elevator with, or encounter as your waitress. Hair color and hairstyles often impact more than how others see us. It affects how we see ourselves.

Walking into a salon with listless, dull brown locks and emerging an hour later with a vibrant blond bob has done more than just give you a new look. It subtly creates a new character or personality for you. Hair color has transformative powers, making you feel like a goddess or giving you a shot of courage to go after that promotion. Even though this could be a freeing and positive experience, hair colors shouldn’t’ be chosen lightly. Hair color should be compatible with your features, your personality, your attitude, and your outlook on life. Use your hair color to create an image or perception that you can actually maintain for the world to see. Here’s a quick guide to a color combo that will impress and dazzle, without veering too far off track from who you want to be.

It is hard to evaluate whether the tendencies are a result of genetic impact or because of the imprint of social and cultural assumptions. It could be a mix of both, as hair colors have expanded to include more than just the traditional “what you’re born with” option. Associations with hair colors seem to be true whether you highlight your locks, dye your hair, or use another alteration method. Because of this unnatural influence, there could be more reaction to culture rather than nature. A word of caution, though. Continually altering your hair color through chemical applications can do damage to your hair follicles. Keeping your natural color is a way to prevent hair loss, but you can also reduce the risk by responsibly coloring your hair.