What Your Body Features Say About Your Intelligence 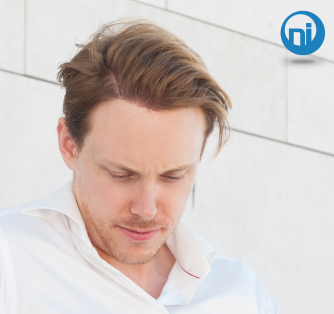 It might be a common stereotype, but saying that people who wear glasses tend to be smart actually has some scientific proof. The journal Nature Communications published a study that revealed those who displayed higher intelligence had a 30% greater genetic likelihood of needing to wear glasses. For all those kids that look like tiny genius children wearing glasses as a toddler, there is a bright future ahead! Science also supports the notion that there are certain body features that influence how smart you will be. Before you chalk this up to weird science, take a read through the following features. You may find out you are destined for greatness.

When compared to their vertically-challenged counterparts, tall people often have higher intelligence. This isn’t related to a genetic factor as much as the increased opportunities often afforded taller people. Historically speaking, tall people often get chosen for leadership positions and better jobs, which provides them more access to information. The height becomes a genetic trademark in their children, but tall people will good jobs tend to better educate their children and promote moving into successful career fields. This keeps the cycle going down through the generations.

This feature may need to be taken with a grain of salt, but many believe that blue eyes are a sign of intellect. Light penetrates through blue eyes more than it does brown eyes, and light is a powerful stimulating signal for cognition and human alertness. Famous brainiacs like Marie Curie and Stephen Hawking had brilliant blue eyes, potentially one of the reasons behind their noted genius.

Though many people joke that those with big heads have more brains to hold, they aren’t totally off base with their allusion to increased intelligence. The size of the brain is still under debate when it comes to the influence on being smarter, but a bigger head does contribute to improved intellect. A larger brain can hold more neurons, but it doesn’t guarantee that they are all firing efficiency and at maximum potential. However, when engaged in learning and cognitive processes, the neurons have a lower density, helping improve the efficiency of memory development and retention. This also the reason why many joke that those with a broad forehead tend to be smarter, but this is a claim also promoted by the ancient Chinese practice of face reading.

One study has found that men who boast of thick body hair may have higher IQs than some of their counterparts. The same study found that those with more hair also displayed better academic performance. However, researchers caution against this element as a tried and true sign of intelligence. For instance, men who suffer from hair loss and end up bald are often perceived as more intelligent, strong, and attractive with women. Hair growth and loss are influenced by a number of reasons, though intelligence isn’t one of them. Albert Einstein didn’t have any body hair, which also challenges the assumption that hair is a predictor of a high IQ.

Some of the features that claim to intelligence are nothing more than perception. For instance, men who have an appearance of sad lips are believed to be less intelligent than those who have thin, smiling lips. There isn’t a medical reason for this assumption, but it could be that those who are more engaged with their work and lifestyle and who are confident in their identity generate a more favorable perception with others. The same assumption goes for a pointy chin. Many assume that men with an elongated and pointy chin have greater intelligence than those with a short, rounded chin.

For those with have a left-handed dexterity, there have long been claims of increased intelligence. However, the science behind the claim is linked to both the environmental and genetic factors that assist in brain development impact strength in certain cognitive domains. However, many studies have been conducted which can’t definitively identify who is smarter between right-handed and left-handed people.

Women who have an hourglass figure or who have noted smaller waists than hips have displayed a higher IQ in one research study. When looking into the science behind the potential claim, researchers believed that a higher level of omega 3 fatty acids in the body gave the women more energy and improved fitness. The result of better health and increased blood flow to the brain boost cognitive performance, lending support to claim that those with healthier bodies may be more intelligent than other individuals.

For the most part, these claims have been based on one or two studies and have plenty of room for error. However, you can’t blame your failures on genetics or the way you look, since you may have several of these high intelligence features.