The Battle of the Balding 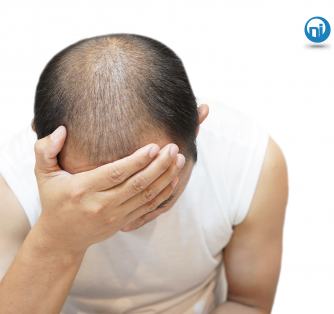 Many people tend to judge an individual based on appearance, and while balding is not a widely-appreciated hairstyle, military personnel have little say in their grooming habits. Most of these men are given a pass on their close shave or the absence of hair given their profession, but not all of these individuals have a choice in how much hair is growing under their cap. The strenuous conditions of the job and changes in the environment could create a perfect storm for hair loss. Those who don’t want to lose all of their hair can turn to restorative products and medicated formulas to encourage growth, but the regulations of military life will still ensure that their hair is kept short.

The History of Head Shaving

The military has long seen shaved heads among the ranks, with some of the earliest decisions of mandatory balding were rooted in hygienic reason. Lice and other skin diseases were terrible threats in the unsanitary conditions of trench warfare found in WWI and WWII. However, there was also a sense of uniformity and disciplined conformity that was established with the standard entrance hair cut. During the invasion of Normandy on D-Day in WWII, many of the soldiers in the Allied forces elective to shave their head, as it would prevent the Germans from having to something to grab onto if the battle turned into hand-to-hand combat. New recruits into the military sometimes experience ritual head shaving as more of a rite of passage. The early entrance policies of military units in Russia, the United States, and several other countries was a clean shave of the head using hair clippers that had no guard attached. In Greece, the regulation haircut was called the en hro, which was translated into “shaved to the bone”. However, regulations in Greece have been loosened, and in 1982, the military started to allow up to 4 cm of hair on enlisted men. Shaved heads were still standard practice in the United States Army, the Marines, and the Air Force well into the last decade. Having a shaved head is still quite commonplace for military members, but rituals and traditions aren’t the only cause of showing the skin on the scalp.

The Stresses of Military Life

Those serving in the military are exposed to great deals of stress, and though some may consider it a part of the job description, the effect on the physical and psychological health of the serviceman can be long-term. Basic training is harsh on the body, but it also difficult mentally. The separation from friends and family and the rigorous discipline of the new expectations can create stress that results in balding or thinning hair. Hair follicles, under the right negative conditions, fall dormant and cease to produce new hairs after old hairs have fallen out. This can lead to patterns of thinning and balding that start around the temples. Most often, these changes are called a receding hairline, and it tends to form an “M” pattern as it progresses.

The demands of military attire and life can also cause concerns with baldness. Most uniforms have a cap or hat requirement, and wearing these items continually can chafe and tug on weak or brittle hair. Though hair strength comes from a well-balanced diet, some of the harsh living conditions of enlisted life (like having to go long periods of time without a shower) will impact hair health. It is the combination of these factors that can lead to an embarrassing loss of hair that isn’t intentional. The short and frequent haircuts mandated by military regulations for a tapered and uniform performance can also lead to inflammatory hair disorders.

Though there are more men than women serving in the different branches of the U.S. military, they aren’t the only ones that suffer from issues with hair loss. Total and noticeable balding is more common in men, but enlisted females commonly struggle with issues of traction alopecia. This form of loss occurs when too much tension is placed on the hair for extended periods of time. Women in the service are required to have their hair pulled back into a tight burn or braided in order to conform to appearance codes, and this stress on the hair can cause excessive shedding.

If you aren’t wanting to show your scalp, there are several things you can do to promote healthy hair growth and retention. A balanced diet and good hygiene practices develop stronger hair. loss. Some conditions stem from genetic or hormone factors, and you should address these with a prescription restorative and loss blocker.