Shedding Light on the Challenges of Daylight Savings Time 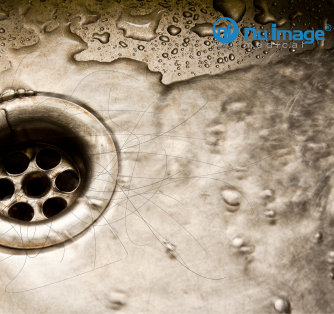 Though many people are excited about the prospect of sunny days and spring breezes, no one seems to care for the weekend where Daylight Savings Time (DST) goes into effect. Springing forward leaves everyone an hour behind, and though you can enjoy an extra hour of daylight in the evenings, most people can’t function with the loss of a well-light morning wakeup routine. The cries to standardize the time clock are more than just about being comfortable. The difference that one hour makes can have a negative impact on the body.

Losing an hour means altering both your bedtime and morning routine. Though the hour leap takes place over one day, the following days often find many people consecutively losing 40-50 minutes of sleep each night. As a whole, the nation struggles with sleep deprivation and adequate REM cycles, making these few transitionary days an enormous challenge. It isn’t just the kids who are extra sleepy and nodding off on the school bus. Research studies have revealed a number of both physical and mental effects that follow the change between the DST in March and the shift away from it in November.
Medical Concerns Following DST

1.     IVF. In the weeks following the DST change, one study has shown that women who are undergoing in vitro fertilization (who had a previous miscarriage experience) are at a greater risk for a miscarriage. The research revealed that miscarriage rates were higher when the embryo transfer occurred within 3 weeks of the start of the DST when compared to the success rates of those who had an embryo transfer at any given time during the rest of the year. Further research is needed to support these findings, but there is growing interest in the links between circadian rhythm and the effects on reproduction and fertility.

2.     Stoke Rates. In a study presented at the 2016 annual meeting of the American Academy of Neurology, scientists revealed an 8% increased in stroke rates across the county of Finland in the two days following a time change when compared to the two prior to the change. Though the data showed that people with cancer and older adults had the most increased risk, the disruption in sleeping patterns for any individual can wreak havoc on the cardiovascular system and mental health patterns. This increases the risk of a stroke.

3.     Heart Attacks. In a 2014 study, research revealed a 25% spike in the number of heart attacks that occur on the Monday following the change to DST when compared to the rest of the Mondays throughout the year. Scientists feel that the stress of a typical Monday and the loss of sleep are harder on people who have already displayed risk factors or vulnerabilities to heart problems. Interestingly, the same study showed a 21% drop in heart attacks occurring on the Tuesday that marks the end of DST.

4.     Stress. A prolonged loss of sleep makes an individual more vulnerable to poor stress management, which of itself can damage overall health. Chronic stress can create digestive problems, cause hair loss, create mental instability, and influence work and relationship performances. The time change can bring about stress and anxiety for a number of reasons, although the irregularity in sleeping patterns is a prime factor.

5.     Fatigue. Not getting enough sleep leads to fatigue, which often turn into decreased productivity at work. Studies have found a sharp increase in “cyberloafing” or mindless Google searches for entertainment sites on the Monday after DST. Sleep-deprived employees do everything in their power to occupy their time while holding out for 5pm.

Once you get past the struggle of losing the hour of sleep, there are some positives that can be found in changing the clocks. For one thing, you can enjoy more daylight once you are off work. Heading home in the dark can seem gloomy and depressing, so the extra rays of sunshine can give you a mental boost and the chance to get out in the fresh air. The extended daylight also reduces energy costs, as most people use less artificial light in the evening. Crime rates also drop 27% during DST, probably since there is less darkness and shadows to hide behind. Either that or everyone is in a really good mood. More lights means people feel liberated to take that walk around the neighborhood or wash their car after work. Increased activity levels release dopamine, the hormone that helps a person feel good and improves the mood.

Losing an hour of sleep can be disruptive, but there are positives if you look hard enough. The change comes each year, so planning ahead is the best way to adapt your sleeping patterns and perspective.