Is There Any Hope for Balding? 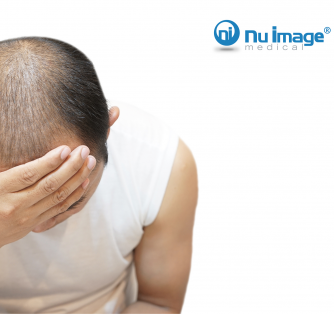 In 2013,  group od German researchers issued the results to their study on how men perceive their lives once their hair starts falling out. It was said that men who struggle with balding could suffer from an emotional burden so significant that is could lead to psychological disorders and a severely impaired quality of life. Another study claimed that men compared having a big penis to having a bushy head of thick hair. Although the truth of hair loss is that both men and women suffer from the condition equally, the stigma associated with male balding is much more severe than that of women. Studies in just about every area of hair research confirm this. People are more likely to vote for a politician with a full head of hair over one of their counterparts that are displaying noticeable signs of balding. Even the current president issued a stern warning to an executive at the Trump Organization concerning his position on hair. President Trump told his colleague. “Never let yourself go bald. The worst thing a man can do is go bald.” To protect what hair he has left, Trump’s personal physician admitted that the President uses an anti-balding medication.

The issues of thinning hair and balding have been around as long as humans have walked the earth. There is social expectation concerning one's appearance, and a loss of hair can drastically alter a favorable opinion of a person. It doesn’t matter how common losing hair might be, the underlying causes, and the innocence of the victim suffering the loss. Having a gorgeous head full of hair is an image priority. The importance of fixing the hair problem by growing it back has grown into a 3.6 billion dollar industry. Hair growth is a misconception, and the medication on the market to slow the loss of hair, improve the health of the existing hair follicles, and strengthen existing hair and scalp elements. However, men and women alike who suffer from hair problems haven’t been fully satisfied with the medications on the market, and neither have the research teams looking into the causes of hair loss. It is easier to rejuvenate several dormant hair follicles into producing hair than it is to regrow an entire head of hair out of almost nothing. There is hope on the horizon, as research is making progress in the area of hair growth and loss prevention.

While the world waits on the advancement in hair growth that can change the lives of millions around the world, there is also a need to consider the deep emotional toll that losing hair or experiencing balding can bring to people. Glimmers of hope through injectable cell therapy tests and plasma studies are keeping the dream alive, but in the meantime, how do people deal with the fact that their image is being altered one strand or clump at a time? As social cultures are starting to embrace a body-positive acceptance for women who don’t meet the fit- and-thin beauty, there needs to a more significant change in the perception of those who experience balding or thinning hair. There are the noted males who rock the bald look, such as Vin Diesel, Dwayne Johnson, or Jason Statham, but there are other celebrities who turned to hair solutions in order to move past their condition. James Nesbitt and Jon Cryer are two who felt they needed to restore the look of a full mane in order to get the most positive attention from their industry. While men and women have to wait on medical research to uncover ways to eliminate hair loss completely and more successfully and efficiently replace what has been lost, changing public opinion can go a long way in fighting the battle of balding.

Throughout the ages, suspicions over what causes people to lose their hair have created hundreds of different treatment approaches. The ancient world would use disgusting mixtures of animal parts and herbs, while today’s methods rely on medications such as Nuhär to restore your former hair glory. There are ideas that testosterone levels impact hair conditions, just as do genetics, bodily health and nutrition, and factors of stress. There are a variety of things that impact hair loss, and even when all of these can be managed, the condition isn’t always eradicated. The world of research is taking a look at hair follicles, their functions, and their composition, and actionable steps that can prevent loss altogether while also developing products for a full recovery.

Even if research is able to crack the code on hair recovery and loss, there is still the problem of the social stigma that needs to be corrected. Hopefully, just as being body positive has taken root, so will a positive acceptance of hair that has lost its root.