Confirming the 4 Areas of Women’s Balding 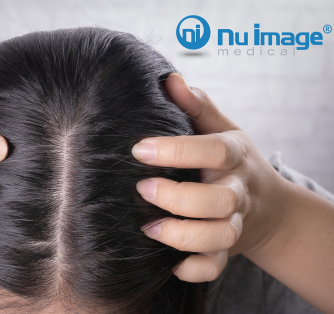 Women are particularly self-conscious about their looks, and for females, the hairstyle and the stiletto says a lot about who you are. Have you ever seen The Devil Wears Prada? You will know exactly what it means to trudge around in loafers with stringy, lifeless hair dangling down your back. Women who project self-confidence always seem so put together. There is hardly ever a hair out of place, their makeup is perfectly contoured, and their clothes are tailored to their body shape. Anyone else thinking of a few celebrities and fashion icons at this point? Let’s be honest. This isn’t the reality of women around the globe. Most women struggle with health conditions, skin flaws, and thinning hair. You aren’t alone in the struggle to feel confident and beautiful.

One of the problems that affect the majority of women around the world is the loss of thick, gorgeous hair. There are many rumors that float about concerning the loss of hair, but only some of them are true. If you want to know what to believe and whatnot, you can narrow it down to four primary areas. Knowing the root cause of hair loss helps you know how best to treat it.

No woman ever wants to hear that they are suffering pattern baldness, since many females mistakenly assume that this devastating hair condition only affects men. However, the female version of pattern baldness carriers the same problems for women as it does for men, although it is safe to say that females struggle more emotionally with the condition. There are many causes for overall balding or thinning patterns, which is why the treatment options will differ between men and women. Men tend to begin with a receding hairline, while pattern baldness in women usually progresses from a widening part in the hair to an overall all thinning. This isn’t an absolute, as you might have noticed your ponytail feels thinner or your hairline near the temples starting to recede. Treatments are tailored to address the root cause of the condition and the specific symptoms.

When hair loss is due to a genetic condition, plasma therapy is a potential treatment option. The patient has blood drawn, which is then separated by a machine into different components. A type of blood cell, called platelets, are then treated and injected back into the scalp with the hopes of stimulating your cells to grow. This is a newer form of treatment that is still being tested and studied, but the overall results from early findings show it may be a safe way to treat female pattern baldness.

Women who become pregnant usually notice a change in the thickness of their hair and often comment on how healthy their hair is looking. There is an increased production of estrogen during pregnancy, which has been shown to have a positive effect on hair growth. The hormone causes numerous hair follicles to enter the growth phase of production, actively creating more hair throughout the pregnancy. Unfortunately, the birth of the baby causes estrogen levels to recede. This drops the hair follicles into the resting phase, which is seen through increased hair shedding while brushing or washing. Losing hair because of a pregnancy is a temporary issue, and within two to six months, hair follicles generally return to a normal production schedule.

The way a woman styles or maintains her hair may influence loss. It’s not that the hair follicles are stripped of their ability to grow back, but extra tension on the hair strands can cause them to follow out. By wearing tight weaves, hairpieces, braids, or ponytails, you can put stress on your hair. If your hair is unhealthy and brittle or dry, it creates a condition that causes the strand to give way to external stress. The technical term for this condition is traction alopecia. Prolonged styling in this manner can cause long-term damage to the hair follicle, eventually creating a scenario where it cannot produce replacement hair. You will notice that the thinning or balding spots occur around the hairline and where the style was often worn.

Hair can be lost after a trauma has occurred that sent the body or its responsive organs into shock. Car accidents, major surgeries, and significant weight loss are just a few of the things that can bring significant shock to the body. Body shock can put a halt on the body’s natural processes, with hair growth being one of the impacted areas.

These four areas of legitimate concerns for females and their hair retention. Talk to a practitioner if you think your hair is responding negatively to one of the areas.