Breaking the Cycle of Shame 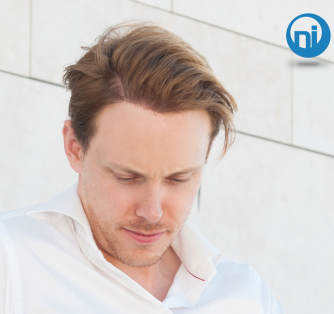 Some of the latest research shows that substance abuse has become a common way for younger males to cope with losing their hair or experiencing the early signs of balding. In a study that surveyed over 2,000 men, there was an overwhelming response that revealed the devastating emotional strain young men feel when they realize they are going bald. In fact, almost 41% of those who participated said they would rather lose their eyesight or the family home if it meant they could keep their hair. Almost four out of every ten men that completed the survey said that losing their hair made them feel depressed, and those feelings and the process of thinning and balding impacted their romantic and social lives. Four in ten had a reduced sex drive, while a third of all respondents claimed they avoided social contact with friends altogether. While it is a general expectation that older men will suffer from baldness, a younger generation is being emotionally cripple by the experience. With the American Hair Loss Association claiming that two-thirds of all American men will begin to lose their hair by the time they reach age 35, the cycle of shame and embarrassment needs to be broken.

In the same study that revealed how young men are reacting to baldness, it was found that one-fourth of them turn to drugs or alcohol to help with the depression and negative emotional strain. While the current culture is starting to be more accepting of baldness as a sexy style (consider the acceptance of Jason Statham, the Rock, and Bruce Willis), there is something deeper within that could be developing damaging emotional responses to the condition. For men, a strong argument is being made in favor of a man’s identity and loss of control. Men tend to thrive according to their perceived areas of strength and control, but yet certain health conditions, such as losing their hair, aren’t so easily managed. The reactive response, trying hair products and considering hair transplants, is a way to cope with the need to do something, but it doesn’t always solve the inner turmoil.

While men seem to be the greatest victims in the area of hair loss, statistically speaking approximately 88 million women and men will experience the condition at some point during their lives. Fortunately, there are ways to reverse a receding hairline, although there are still no cured for the problem. Hair transplants and topical solutions are used to replace strands that have fallen away and left dormant hair follicles in their wake. Even though the results can inconsistent, these options provide hope for those looking to restore a sense of normalcy to their hair, their self-esteem, and their social life. In keeping with the idea that education can open doors in life, perhaps knowing the facts of hair loss can help reduce some of the stigma and shame that so many feel.

The fact that many people all over the earth lose their hair should be somewhat comforting since your condition isn’t an isolated case. However, the fact alone reveals that there is something more to hair care and health than the products or styling aids that are sued. As related to hair health, hereditary and hormonal factors are the biggest influence in hair loss. Although a complete understanding of the process is still elusive, researchers are starting to uncover more of the intricate activities that create and sustain hair development. One of the more recent breakthroughs has been a study involving hair loss and a drug that is currently on the market to help treat osteoporosis. When tested within a lab setting, one of the side effects experienced was a reduction in the activity of the protein named SFRP1. This has become noteworthy because this is a protein that can stop hair follicles from producing new hair. Using samples of male scalp hair follicles from over 40 hair transplant participants, the researchers treated the hair follicles directly with the drug and rested the response. The follicles were able to grow again because of the suppressive effect the drug had on the harmful proteins that interfere with follicle activity. The ability to isolate a specific protein and develop a countermeasure is nothing short of incredible. However, this was a lab scenario and not a test conducted with human subjects. However, there is hope that those who can find a cure will continue to devote their time and resources to doing so.

There is incredible potential for those who have been dealing with the loss of their hair and baldness. However, until the day comes when a cure is found, you need to reaffirm your worth beyond what your hairstyle might reflect. Perhaps if more of a statement about personal acceptance was displayed, society would follow in behind.