Breaking Ranks With the Social Position on Hair 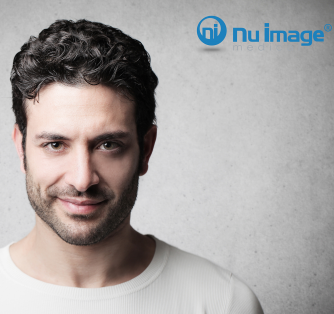 Hair can be a real conversation starter, both good and bad. Consider 10-year old Promise Sawyers from Nashville who was bullied at school for wearing her natural Afro to school. For African American women, criticism over hairstyles and texture has been nothing short of predictable. For men who are balding, there has been an equally noticeable negative perception when considering attraction and desirability. Too many negative opinions over hairstyles, textures, and color preferences have been floating around for too long, but a movement has started to simply embrace your hair for what it is rather than be dictated by public opinion on what a full head of hair should mean.

The Beauty of Hair

Back in 2019, Kelly Rowland dropped a single entitled “Crown”, which paired with Dove’s Love Your Hair campaign. The song struck back against bullying and encourages people of all hair types to embrace their locks whatever they may look like. Also making its ways across pop culture is the animated short “Hair Love” directed by Matthew Cherry. The animation follows the progress of a single black father trying to do his daughter's hair. The effort was to put a new spin on the trending Youtube videos that capture fathers trying to figure out their girl’s hair care. These are some of the breakthrough moments celebrating the beauty of hair diversity, and all of society should heave a collective sigh at thanks for these individuals trying to break the hair mold. The definition of beautiful has evolved over the years, ranging from slick and straight, to natural curls, a short bob, full and thick, or blonde and beachy. Over the decades, one thing that has always been desirable is a full head of hair. Patchy baldness, thinning, or a receding hairline have never been popular.

While one bad hair day can ruin your day, having persistent hair problems can ruin your life. For many people, their hair gives them confidence and creates feelings of identity. Culture has helped create this emphasis on great hair as a prerequisite for beauty, and when someone experiences challenges with their hair growth, feelings of anxiety and depression can ensue. It not just about the loss of hair, but the potential loss of social status. For instance, actor Rob Lowe criticized Prince William’s balding head in a poor attempt to mock his own receding hairline. Though harsh and cruel, his sentence “the future king of your country let himself lose his hair” encapsulates this point. There is still a stigma associated with balding, though it is wrong and unfair. It’s fairly easy to correct a bad hair day, but not everyone can stop the balding.

The Hope for Hair

When it comes to those who are dealing with balding or thinning, there is hope for hair loss.  Though many think balding only occurs in men, women also struggle with alopecia and noticeable thinning. In order to find out how to address the loss, the root cause of the condition needs to be determined. For some, balding and thinning are genetic conditions. A hereditary condition is usually the most common cause of baldness, and these conditions affect the entire head, rather than just a specific area. For others, the loss of hair could be the result of poor diet, improper hygiene habits, environmental influences such as pollution or medical treatments. While chemotherapy is known for causing loss during treatment, there are other medications that can have a similar impact. A testosterone imbalance could also play a role in failed hair growth, especially in men. Whatever the reason or cause, there are products on the market that work to stop the loss as well as encourage new growth. However, depending on the cause of your condition, you may need to undergo lifestyle and dietary changes to prevent further problems. Here are some tips for preventing additional loss.

Happy hair is usually healthy hair. However, you don’t need a full head of hair to be happy with yourself. Even if you struggle with balding and loss, you can still be happy with who you are. There are plenty of ways you can combat loss, so take the time to pursue them if you need to restore your self-confidence.