Balding Around the Globe 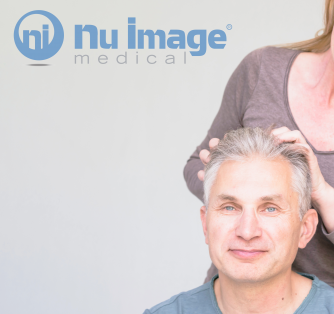 In addition to sharing a growing economy, people around the world share the problem of alopecia. Also known as either female or male pattern baldness, losing hair is an unpleasant condition that can affect anyone, at any age, regardless of ethnicity. Numerous studies have been done to pinpoint the exact reason behind alopecia, but rather than finding one single situation, there are a number of factors that impact who loses their hair and when. However, studies have shown that some countries around the world experience more significant loss than others.

The Rankings Around the World

The latest surveys showed that Japan has the highest rate of male pattern baldness when compared to other countries around Asia. One of the latest studies and theories regarding hair loss is naming air pollution as a factor in premature balding. In Asian countries, where air cleanliness is a major problem, there is concern that men will continue to experience loss of their hair at earlier ages. The Japanese government and scientists admit that there is a lot of work to do in curbing and solving the air pollution crisis in Tokyo and other large cities around the country.

Following the Japanese statistics, the Czech Republic comes in first in Europe with the most reported cases of male pattern baldness. While there is an estimated 42.79% of Prague men suffering from balding or total baldness, the experts are pointing the finger at air quality. Instead, there is concern that the Czech diet, which consists of meat-heavy meals and sodium-rich foods, is to blame for the loss. The diet consists of very few vegetables, many of which are needed to provide the nutritional support required for healthy hair growth. An individual’s diet plays a significant role in the strength and longevity of hair, as each individual hair follicle is a single bodily organ that needs to be fed. Even though the meat in their diet may provide them with protein, the Czech men need to have a healthy serving of vitamin A for cellular growth, B-vitamins to add biotin and encourage growth, iron, zinc, and the inclusion of vitamins C, D, and E.

Additional countries in Europe that have alarming rates of baldness include Spain, with 42.60% of men having the condition, Germany with 41.24%, France with 39.24% and the United Kingdom reporting 39.23% of men suffering from baldness. However, these numbers are still much better than most of the countries in Asia. Only 19.045% of males living in Shanghai have reported thinning, while just 22% of South Koreans have experienced some loss. There is good news out of Thailand as well, as it estimated that at least 75% of Thai males have no problems at all with loss regardless of their age.

In addition to the pollution and dietary factors impacting loss, experts are indicating that the increasing amount of time spent before computers, workplace stress, and genetics are contributing to the rate of loss around the world. However, an interesting study has found that temperature and the seasonal environment may also impact shedding, much like the process of animals that shed or gain a new coat of fur. However, the data was inconclusive as to the effects of UV radiation on the hair, the moisture in the air, or other factors for a per-country analysis. At the very least, scientists recognize the damaging impact of a polluted air environment, a poor diet, and family history.

For men all over the world, there are plenty of products and treatments on the market to help combat hair loss. The earliest known medication to come on the scene was minoxidil. It was marketed as a foam or liquid to men who suffered from alopecia, and it was applied twice a day in order to both prevent loss and grow hair. Since then, finasteride has come on the scene to address the process of testosterone turning into dihydrotestosterone (DHT) within the body. Studies have shown that an excess of DHT leads to male pattern baldness, so this medication works to both block the conversion process and helps restore growth. In addition to these medications, hair treatments also include ketoconazole, an antifungal that eliminates infections that could be creating a situation of loss.

Though the U.S. didn’t make it into the top ten list of countries suffering from the worst balding populations, men all over the country feel the same frustration and embarrassment as their peers around the world. Fortunately, there are action steps that can be taken both at home and abroad that work to reverse this devastating condition.