Air Pollution Causes Hair Loss? Is That For Real? 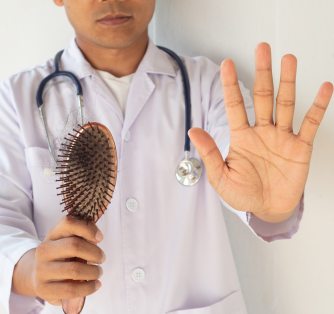 Finding the causes of hair loss has been a major goal of the treatment community for decades because the only way to design effective treatments that you can be sure will work is to address the core causes of the loss. There are medications that are known to help reduce hormonal causes of thinning and receding hair, but there are several other reasons why loss happens, including some that are currently unknown. The fact that so many cases of hair thinning and loss persist even when known causes like high androgen levels are addressed is a clear indicator that there are causes yet to be explored, and a scientific study that was recently released at the EADV Congress in Madrid has unveiled a new possibility: air pollution.

Cause? Coincidence? Or Just Connected?

If you've looked at the headlines, you'll see a wide range of claims being made about the research. Some places are reporting that it's a newly discovered cause of hair loss, others are saying that air pollution is connected to it, but not necessarily claiming one causes the other. It's a possibility that they are both caused by a third factor, but it doesn't seem likely on its face. Still, the reason why it's premature to say air pollution causes it is simple, and that's because scientific studies need replication and close analysis before a definite conclusion about cause and effect is drawn. Still, the data from the study did show some startling facts that should help people make better decisions about hair care and loss prevention. The study focused on the effects of air pollution on the scalp, and it found that exposure caused a few physical changes.

Those are the three big takeaway facts.

So My Doctor Says It's Hormonal...

Your doctor is correct! A lot of hair loss is connected to a few key androgens, even in women. Androgens are produced by all human bodies, it's just that men tend to make more of them. When certain androgens are present at levels that are higher than the body can use, like DHT, then unwanted side effects can occur. That's why medication that addresses thinning and receding hair, like finasteride, is also often useful for related hormonal conditions like an enlarged prostate in men or PCOS in women. The study is not disputing the hormonal causes. Instead, it's highlighting how the changes the human body goes through are so often a combination of body chemistry and environment.

The idea in its conclusions is that air pollution is very likely to increase the risk of hair loss in individuals who might be predisposed toward it. Not everyone who has a high DHT or testosterone level winds up losing hair, and this link is a big part of the effort to build an understanding of how different factors work together. Instead of thinking of it as a one or the other situation, it's better to think of this as an opportunity to further reduce your risk.

Using a medication that incorporates clinically proven ingredients to encourage healthy hair growth is a great idea, but not everyone responds to them. Even among those that do, the response varies a lot. You can help them by minimizing your exposure to substances that suppress the proteins your body should be starting to build as the medication takes effect. While you might not be able to keep yourself from being exposed to pollution, you can minimize its impact on your body. Consider using head coverings while you are out and about to keep your hair sheltered from exposure. Wash regularly, using either conditioner washing techniques or dry shampoo in between full washings. Last but not least, consider the benefits of using salon treatments like hair masks to keep the current growth healthy. Nourishing your hair with natural conditioners and other products designed to replenish its moisture levels and repair protein bonds means cleaning up the damage done by pollution while cleansing it from your hair so there's less of it trapped against your scalp where your follicles and scalp tissue are exposed to it.

The more you can do to keep your hair healthy and sheltered from pollution, the less you'll trap compounds that could suppress hair growth, and the more benefit you will see from other attempts to treat the issue. Just remember, there are likely a lot of other factors that are not known yet, and people will still respond to medications very differently according to individual body chemistry. You can help things along, but there is nothing that can be guaranteed to work for everyone.