A Distorted Look in the Mirror - Muscle Dysmorphia 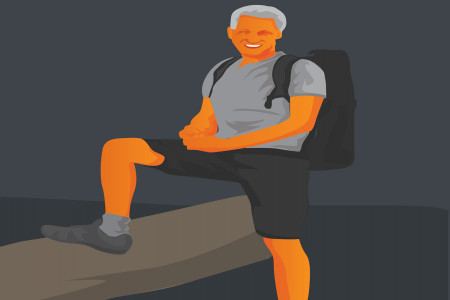 A Distorted Look in the Mirror

When you think about athletes who have body-image issues your first thoughts may drift toward female runners, gymnasts, or dancers who are judged on a perfect physique and poise. If you do consider a male athlete, your mind might go toward a young wrestler who is struggling to make weight goals.

Body-image issues strike across multiple sports and impact both genders.

The preoccupation with body image generally presents itself in two main forms:

1. Eating disorders like anorexia nervosa or bulimia in which a person is preoccupied about the weight and shape of his or her entire body. These types of eating disorders primarily affect female athletes whose weight or image are important to their sport.

2. Body dysmorphic disorders like muscle dysmorphia or bigorexia in which a person worries about a physical defect other people cannot see.

By some estimates, 10% of gym-going men experience Muscle Dysmorphia.

Muscle dysmorphia, a condition that causes a person to obsess about his or her body or a part of the body as being too small. This is the reverse anorexia nervosa. It is bigorexia, and it is a common concern occurring with young males, particularly those who are engaging in bodybuilding.

There is a delusional and exaggerated belief occurring that they are not at a physically acceptable level.

The fitness industry is one of the most rapidly expanding industries of our time. In recent years, the industry has portrayed a negative perception of both men and women’s body images in an aim to market and generate revenue for various products.

Bodybuilders have been especially at risk.

Bigorexia often starts with low self-esteem, occurring with males who have experienced bullying for their physical appearance, whether that be ‘too scrawny’ or ‘too fat’. These men take steps to resolve their pain by working out and trying to either slim down, add bulk, or both. They develop a distorted self-image, where they are unable to see themselves as the rest of the world sees them.

Their body-centric delusions are often based around feeling they are not lean enough, big enough, buff enough, vascular, aesthetic, swole and/or attractive enough. In reality, these men are extremely muscular and often highly athletic.

Researchers have concluded that athletes in sports that emphasize thinness or muscularity, like ballet or bodybuilding, show a higher degree of body uneasiness and inappropriate attitudes and behaviors about eating. One study, published in the Journal of Comprehensive Psychiatry, revealed that out of 108 bodybuilders surveyed, 2.8% reported a history of anorexia nervosa. While that may seem low, it is significantly higher than the rate of 0.02% among American men. Higher yet, 8.3% of the men in that study reported muscle dysmorphia.

Over any other athletic group, bodybuilders report a significantly greater level of body dissatisfaction with an obsessive drive for bulk, high drive for thinness, and increased bulimic tendencies.

The Implications of Muscle Dysmorphia

Men who struggle with bigorexia often decline social invitations, don’t want to be seen in places outside of their comfort zone (typically their home or the gym); have a fear of looking too small; and report a higher use of anabolic steroids which come with a host of side effects. They hold themselves to significantly higher measures of perfectionism and often feel inadequate, ineffectiveness, and depressed.

Their obsession with their workout schedule can lead to losing their job, dropping out of school, or isolating themselves from friends and family. The consumption and purchasing of excessive amounts of food and health supplements frequently lead to additional financial strain, and they will feel an obsessive need to work out, despite other health implications, such as injury.

While the world of bodybuilders is often a tight-knit community, the friendships formed at the gym are often based on the rigors of the routine and can prove fickle when someone falters in the bodybuilding lifestyle. This can further enhance feelings of inadequacy.

Compared to other dysmorphic illnesses, people suffering from bigorexia may have a higher rate of suicide.

Muscle Dysmorphia Can Be Beat

While it's not uncommon to be self-conscious about your body, there's a fine line when it comes to being obsessive or destructive.

It's normal to get inspired by photos in magazines of ripped fitness models, but it's essential to remember that most models don't walk around all the time in tip-top shape. Don't berate yourself or belittle your accomplishments. It’s not worth the pursuit of some unattainable ideal. Stay focused on your goals and your progress, and remember that fitness is supposed to be a healthy and positive pursuit.

Many physique athletes are affected by body-image issues, so don't be afraid to voice any concerns you might have. It's much better to seek help than stay silent.

This is an important topic for bodybuilders because many are suffering in silence. If we can help open the discussion, we can move beyond the embarrassment commonly felt for even having a psychological and emotional problem in the first place. No judgment here. Only hope for optimal health and wellness.

At Nu Image Medical, we want you to be the best version of YOU. Schedule a telehealth consultation to discuss how to safely pursue your bodybuilding goals. We will ask you a set of questions that our medical team has put in place to provide you with the best care and treatment options possible. Once you complete our exam, one of our U.S. licensed doctors will review your information and make any recommendations we can to move you toward optimal health and wellness.