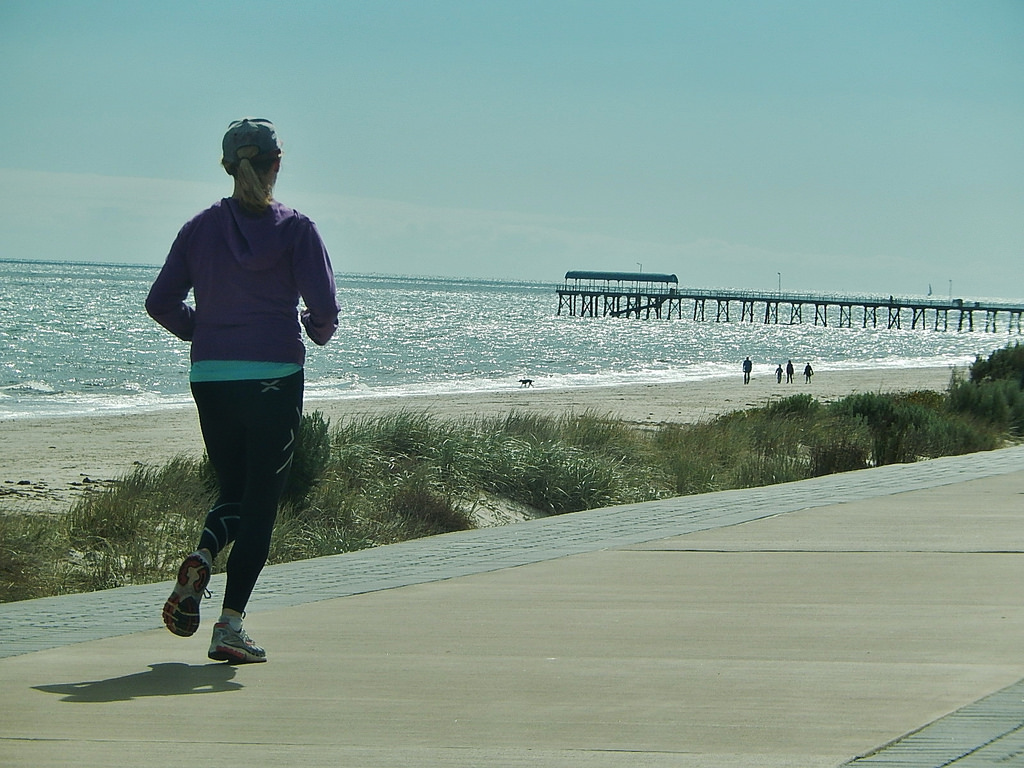 Many people quite enjoy doing steady state cardio these days, and properly look forward to lacing up the sneakers, throwing in their headphones, and hopping on the treadmill for a long run. And while there is certainly no shortage of people who enjoy the grind of a long run, bike ride, or two hour session of pumping iron, there's certainly plenty of people in the other camp. Many folks dread exercise, and have latched on to shorter workouts that, through recent studies, have been shown to provide their own sleuths of health benefits. It's come to light that even a very small amount of activity can seem to do a great deal of good for your body, with one of the more popular workouts coming to light being the seven minute workout thanks to it's measurable health effects.

According to a new study in the journal Plos One, a workout including even just ONE minute of high intensity activity may do us a shocking amount of good, which I'm sure is music to the ears of many, many people.

Gibala and his team had divided twenty seven men, described as living a sedentary lifestyle, into three groups. The first group did a fifty minute routine, consisting of a few minutes each of warm up and cool down, and forty five minutes of moderate intensity cycling, defined as seventy percent of their maximum heart rate. Another group did nothing different than their normal workouts, or lack of working out entirely to serve as the control. The third group did a ten minute workout, made up of two minutes of low-intensity pedaling on a stationary bike, following by twenty seconds of all-out pedaling. This routine was repeated three times, followed by another three minutes of slower cool-down. In other words, it was nine minutes of comfortable riding, and a total of one minute at top speed.

The participants did their respective workouts three times a week every week for twelve weeks. At the end of this time, markers of their health were logged, such as measures of insulin sensitivity, oxygen consumption, and muscle functions all improved for participants in both of the exercise groups, and they improved for the same amount. And it shouldn't really come as surprise, but the health measures of the people in the control group who didn't change anything remained the same over the twelve weeks.

"The findings in this study are very powerful as they demonstrate robust improvements in VO2 peak and insulin sensitivity," says Gordon Fisher, University of Alabama at Birmingham Department of Human Studies, who's also done work on high-intensity exercise, but was not affiliated with the current study. The insulin sensitivity finding is of particular interest since it was measured 72 hours after the last bout of exercise for each group. These data suggest a chronic adaptation as opposed to an acute effect from a single bout of exercise. High-intensity interval training is a mode of exercise that may yield similar or superior improvements in multiple aspects of health and also lead to greater adherence given the substantially reduced time commitment.

It's also important to remember that the routine used in the current study isn't really a one-minute workout, as some headlines like to suggest. It's a ten minute workout, with one of those being high intensity. Even still, the study shows a promising reality about exercise, in that we don't need as much high-intensity in our workouts after all. Small doses of explosive bouts of movement among moderate activity may provide many of the same benefits.  This stands to help mostly the people who need a head start in actually starting to change their lifestyle to one more healthful, but can't really get their heads wrapped around a long haul kind of workout, making it seem more manageable to get going with fitness, as a lot of people's current philosophy is: I want it now, I want to be healthier now, look better now, and have my results RIGHT now.

And even the little day to day activities seem to pile up to help. Taking the stairs instead of the elevator, or even getting off of a bus a few stops before your own for some extra walking can help our health more than we thought it could. Movement seems to accrue throughout the day, so even activities that aren't formal exercising can still count. "The basic principles apply to many forms of exercise," Gibala says. "Climbing a few flights of stairs on your lunch hour can provide a quick and effective workout. The health benefits are significant."