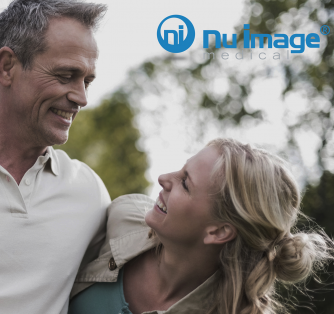 Colorectal cancer is generally thought of as something older adults get. However, the number of young adults getting colon cancer has gone up in recent years, while there have been fewer older adults being diagnosed with it. In other words, those born before the 1950s have been seeing fewer cases of colon cancer. While this is good news for the elderly, people born after the 1950s have seen a sharp incline in cases. If you are a young adult, read on to learn more about colon cancer rates, what causes it, and how some of the treatments at Nu Image Medical could lower your chances of this disease.

Recently, the American Cancer Society performed a study that looked at who was getting colon cancer by age groups. They looked at hundreds of thousands of people who were diagnosed with colon cancer as young as 20 years old. When the researchers gathered their data, they had a variety of individuals born between 1890 and 1990.

Because people can take preventative measures by eating right and staying active, people must be educated about these rising rates. Colon cancer isn't just for those over 55 anymore. So go ahead and embrace those Sermorelin results as a way to prevent cancer while you can.

This study also found that there were different tendencies among ethnic groups. Some of these groups saw higher or lower rates due to their trends for embracing risk factors, such as smoking or having excess body weight. Asians and Pacific islanders saw the lowest rates of colorectal cancer. Whites and Blacks saw only slightly higher rates. However, Alaska Natives saw the highest rates of colorectal cancer.

Death rates saw the same trend. Alaska Natives and Native Americans were the only groups who did not have declining death rates.

Combining regular screening with a healthy lifestyle could save many lives, especially among the younger populations. For the average individual, you should start getting screened regularly at 45. If you have a family history of colon cancer, you will want to start getting screened sooner. Don't worry; there are several different tests that can be used. Talk to your doctor to find the right test for you and get started with your colon cancer screenings today.

As with most diseases, the sooner you are diagnosed with colon cancer, the better your chances are. With a colonoscopy, you can have any abnormalities in your colon detected and removed early. You may also have any polyps, or small non-cancerous growths, removed.

Recently, the American Cancer Society lowered the age they recommend starting screenings to 45. This is too late for someone who contracts colon cancer in their 30s. Even if you are younger than 45, you should see a doctor if you notice persistent symptoms. Specifically, patients should start screening ten years before the earliest onset in their family. If your mother was diagnosed at 45, you need to begin screenings at 35. This is especially true if you haven't experienced the Sermorelin results and have excess weight.

Even when you are young, colorectal cancer can still form on the inner lining of your intestines. This will usually begin as small polyps. Symptoms may start mild and get worse over time. Some of the symptoms include abdominal pain, bloody stools, constipation, diarrhea, decreased appetite, and weight loss. Generally, younger people will attribute these symptoms to something much less severe. For instance, they might think it is hemorrhoids, IBS, or their Sermorelin results. Even if you are younger than 45, you need to speak to a doctor if you experience these symptoms.

Colon cancer is a serious concern for people of any age. Even if you are still a young adult, you need to take precautions against this disease. Losing weight, even if it is with the assistance of the professionals at Nu Image Medical, can significantly reduce your risk factor. So go ahead and embrace those Sermorelin results, get healthy, and lower your chance of colon cancer.