Aging and Depression: What to Know 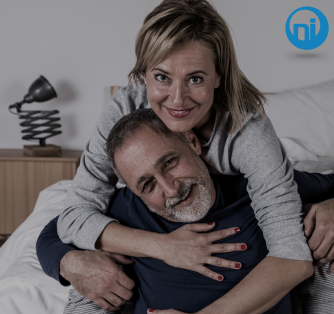 Society has put a spotlight on mental health issues in recent years, as suicide rates have been on the rise across the country. While the statistics show that middle-aged men have the highest reported levels of suicide, there is cause for concern among any group, as there are a number of factors that impact an individual’s feelings about life and value. One factor that has garnered attention is depression. Unfortunately, this condition can develop at any period throughout life, especially in older adults.

Taking care of your body includes paying attention to the needs of the body, mind, and spirit. Total wellness is harmony between both mental and physical health. Those who are moving on up in years tend to pay attention to the physical changes that aging can bring. They invest in serums to help remove or reduce wrinkles or they enroll in a peptide anti-aging protocol that can help stimulate their human growth hormone production and restore energy, bone strength, and muscle mass. They improve their diets or try to stay active at the gym. In the efforts to maintain a healthy body, it can be easy to overlook some keep facts of depression and how it can impact aging.

A common misconception of aging is that depression is a normal part of the process. This perception could be influenced by the tendencies of older adults to sleep more, not get out as much, or lose interest in their hobbies. However, statistically speaking, depression is actually least common in the senior age group when compared to all other ages. It could be the physical limitations of the body that mimic or bring on signs of depression.

People are often ashamed or worried about reporting their emotions or sadness, even though society is encouraging more openness about mental health issues. Older adults fear that they will become more of a burden to their family and friends or be labeled as crazy. The nature of aging has individuals dealing with things that can bring on anxiety or grief, such as the loss of loved ones or losing independence and mobility. It is important to be honest with someone you love when your emotions and feelings start to interfere with your daily functions, as treatment options are available.

Older adults can get forgetful and experience reduced cognitive functioning, and many tend to blame the instances on dementia. There will be some minor forgetfulness as you move through the years, but more substantial delays or loss of memory could be either a medical condition or mental health condition. It is important to note that dementia and depression are not the same things. Seeing a physician for an accurate diagnosis of what’s going on will bring the right treatment and potentially help reverse some of the symptoms.

Depression is Influenced by Medication

Studies show that around 35% of the adults that are over the age of 60 take at least five or more medications prescribed by their doctor. They could be on blood pressure medication, blood thinners, cholesterol, or sleeping aids. There are many prescription medications that have depression listed as a possible side effect. This is why is important for any symptoms to get reported. The condition could be stemming from medication and that simply needs to be adjusted.

Even though depression is considered a mental health condition, the mind-body connection can be affected by the condition. Depression can wreak havoc on your immune system, making it more difficult to ward off illness. Depression has also been shown to cause reduced appetite, sleep problems, and an increase in muscle or bone discomfort. People who suffer from depression often fail to take care of themselves through proper nutrition or hygiene, which can further increase the risk of developing health problems.

As mentioned, there are many life circumstances can that influence the risk of depression, such as illness, family stress, or the death of a friend or spouse. Older adults can develop depression as a result of these exposures, but within the category of aged adults, there are some who are at higher risk. These groups include women, low-income populations, and single adults whether unmarried or those that have been widowed. In seniors, those who have a lack of support from their family, have a drinking problem, have chronic medical conditions, or who live in a care facility are also at a higher risk for developing depression.

Like many other aging conditions, depression is treatable. If you or someone you know is displaying symptoms of the condition, make an appointment with a physician and seek treatment.