You Make Me Scream...In A Good Way 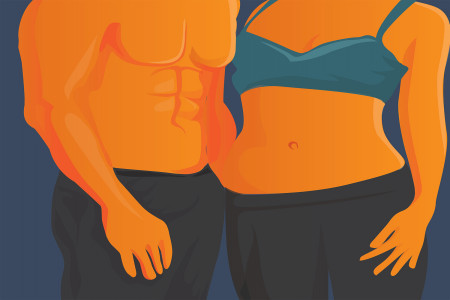 “I’m a great actress,” Madison told her girlfriends. “I’ve been faking it for years. I don’t want him to think he failed me and, when I’m ready for it to be over, my theatrics usually end it.” Madison then confessed that she often screeches, thrashs, and wails into a mythical climax, but that her own sexual pleasure is rarely a reality.

Madison is not alone.

There are a number of physiological factors that can inhibit a woman’s sexual desire and her ability to reach climax, including but not limited to:

There are also a number of psychological factors that affect intimacy and pleasure, including but not limited to:

To make matters worse, focusing on having a climax creates anxiety in a woman that runs counter to arousal. Telling yourself to “relax” simply doesn’t work.

In addition, it has been reported that approximately 43% of women (compared to 31% of men) suffer from some form of sexual dysfunction (SD): however, according to research published by the US National Library of Medicine, Female SD has been significantly less researched and less understood than male SD.

What’s a girl to do?

Take advantage of the opportunity to engage in intimacy that is mutually satisfying.

Scream Cream is a libido enhancing medication for women that is applied externally and increases your feelings of desire and arousal. Efficiently absorbed into the skin after application, it improves the rate of blood flow around the areas that it has been applied to without getting into the bloodstream. It also improves the sensitivity of your lady parts and increases your chances of attaining climax, enabling you to feel deep pleasurable sensations so you don’t have to fake it.

“Seriously, flooding your body with amped-up sexual intensity is heart stopping. Circulating that energy with your lover and creating a typhoon of...bliss is freakin’ transcendent!”

Give yourself permission to be honest with your partner. Talking about how he makes you feel and what works and doesn’t work for you, is just as much a part of intimacy as the physical act itself. The feeling of actually getting what you want and need during sex far outweighs the awkwardness of asking for it, by a lot. Like, A LOT.

Then, when it comes to the bedroom, don’t be afraid to try new things. Intimacy can understandably lose its sparkle from time-to-time, so products like Scream Cream can transform your pleasure factor. After using Scream Cream, you may want to stop other women on the street and tell them to stop faking it, too. There’s a better way.

It’s time to take your pleasure back. Couples who enjoy better, more satisfying sex build stronger intimacy and having lots of fun!