Using Sermorelin to Support Your Fight Against Aging 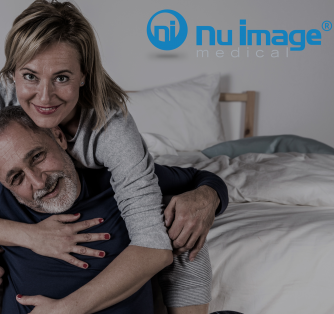 With the passing of time, the human body doesn’t fare as well as a fine wine. What age might do to intensify the flavor of a carefully concocted grape blend, the opposite effect occurs on the looks and function of the body. About the age of 30, your body slowly starts to break down and deteriorate, though you may not notice until much later in life. If it makes you feel any better, the adage about old wine being best isn’t always the case. Good wine has a peak time of consumption, just as it seems the body has its own peak performance timeline.

As mentioned, the physical body begins to experience a natural breakdown over time, with some parts of the body aging more quickly than others. A few interesting facts about your body can help you understand how time can have an impact on your health and wellness. For instance, scientists have found that brain processing peaks around the age of 18, but the ability to remember unfamiliar names peaks around the age of 22. Strength also peaks around the age of 25, though your peak performance may be sustained for another 10 years. Bone mass will peak around the age of 30, but your empathy and ability to understand another’s emotions or point of view peaks between ages 40-50. Interestingly, men and women alike feel best about their bodies past the age of 70. Your body has its own timeframe for doing things well, and this is directly related to the inner workings of cell development and hormone production. As you move on up in years, the decline in production and performance becomes more noticeable.

For those who prefer to put off the damaging effects of passing time as long as they can, there are anti-aging strategies that directly address key concerns of poor muscle and bone mass, low libido, lack of energy, and stubborn belly fat. Wrinkles, skin sags, and gray hair are also noticeable signs of aging, but many prioritize the physical conditions that can interrupt their quality of life. HGH therapy is an option for those that want to target a decline where it starts. The body relies on the pituitary gland and it’s production of the human growth hormone to spur growth in children and adolescents. The pituitary gland reduces the production of this hormone once you turn 30, leading to many of the physical signs of aging. HGH doesn’t just promote growth, but it is also instrumental in regulating sugar and fat metabolism, encouraging muscle and bone growth, keeping body fluids in balance, and controlling body composition. Instead of using injections of HGH to restore the body’s peak performance levels, Sermorelin therapy can be a suitable alternative strategy.

A Look at Sermorelin

Though not HGH, Sermorelin acetate is a growth hormone secretagogues. This is a class of molecules that stimulates the pituitary gland to increases its productions and secretion of HGH. This therapy has a more gradual approach in combatting the effects of aging, though several patients have noted that it was only a matter of days or weeks before experiencing some positive health effects once they started the treatment plan. Through the help of Sermorelin, your body can experience a range of physical benefits.  Restoring HGH levels is a way to counter-attack the negative conditions of slow metabolism, low libido, decreased bone and muscle mass, and low energy levels. These are commonly associated with aging since the decline in HGH happens more significantly throughout the aging process. You don’t have to consider yourself old or be a certain age before improving and regulating the hormone levels of your body will be beneficial. Just a few of the benefits of Sermorelin include fat reduction, increased vitality, improved endurance, faster wound healing, greater strength, and development of a more lean body mass. Users may also notice improvements in their immune and cardiovascular functions, experience a higher quality of sleep, as well as better bone, skin, and collagen density. There are some more specific benefits as well.

A Chance for Change

If you are worried about the toll each birthday is taking on your physical health, you have a great opportunity to change the way things are headed. Medical breakthroughs have made it possible to restore your youthful energy and physique. Sermorelin is a unique therapy for those looking to find an anti-aging strategy that can address physical, sexual, and emotional changes that commonly take place past the age of 30. The results will vary by individual, but speaking to a healthcare provider can give you better insight as to what the therapy can do for you.