To Eat Meat or Not To Eat Meat? That Is the Question 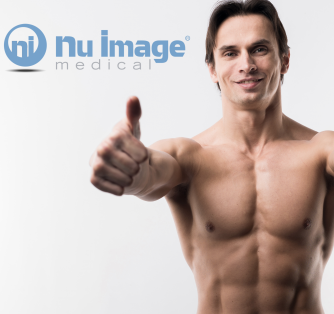 If you are one of those “meat and potatoes” kind of people, it might be tough to enjoy a nice leafy salad made colorful by every veggie on the planet. Hand the same salad over to a vegan, and you would think they are eating a proverbial T-bone steak. Tastes and preferences in foods usually influence where you decide to go out to eat or how you grocery shop, but for many vegetarians, avoiding animal products is a way of life. A crazy way of living, if you ask the guy down at the local burger joint wolfing down his quarter pounder with extra bacon and slathered in cheese. However, when you make the health and wellness comparisons between vegans and non-vegans, a tofu burger might not be so crazy after all.

More than taste or texture, preserving animal life is the focus of the vegan lifestyle. However, most vegans are also quick to fill your ears, and hopefully your diet, with the nutritional benefits of eating from the plant kingdom. The term vegan could refer to how a product has been cooked or fixed, but it also refers to those who don’t eat eggs, dairy products, meat products, or anything else that may have come from even a part of an animal. Depending on which vegan you meet, you will also be schooled in the harmful testing done to animals in the production of personal and household products and the exploitation that occurs in the production of certain items like wool or leather. These vegans often maintain a more strict food diet, refusing to eat things like honey, certain wines, or refined white sugar because of the connection to animals throughout the processing cycle. Instead, you will find a treasure trove of vegetables, fruits, grains, and legumes in the pantry of the vegan. There are also creative alternatives for things like ice cream, yogurt, cheese, hot dogs, and even chicken tenders.

The Benefits of Going Vegan

The vegan diet lives off the land, and for those think they may die of starvation, think again. Celebrities like Ellen DeGeneres, Ellen Pompeo, Benedict Cumberbatch, and Zac Efron have all made the switch to this alternative diet and have found they love the results. Whether it be the ease of making dinner since you don’t worry about meat spoiling or overcooking or the improvement in your complexion from the increased intake of antioxidants, learning to love veggies and snacking on fruit slices could be your ticket to good health. Going vegan has had a remarkable impact on individuals pursuing weight loss goals, as the food options available are generally much lower in calories. It also helps to reset your metabolism, making your fat-burning functions more efficient. In a study, the following areas showed just how beneficial a vegan lifestyle can be.

The Potential Negatives of Being Vegan

Though you might be able to get a vegan to confess to missing the savory crunch of fried chicken or the taste of gooey cheese on a hot pizza, there are two other areas where meat-eaters have an advantage with their diet choices. Both men and women who eat meat products have higher sex hormone levels since vegan diets have much higher levels of sex hormone binding globulin which stall the transport of sex hormones through the body. It is also more common for vegans to have lower iron levels than those of their meat-eating counterparts, which could result in anemia if not addressed.

The Best of Both Worlds

Because today’s culture sees being vegan as a lifestyle, you can’t claim to be a vegetarian and still enjoy the occasional BLT sandwich or grilled pork chop. That would totally be tough, especially now that summer is here and poolside BBQs are going strong. You can adapt some of their practices and reduce the number of animal products you consume, opting for healthy grains, veggies, fruits, greens, and lentils instead. Minor changes can still have a positive impact on your health.