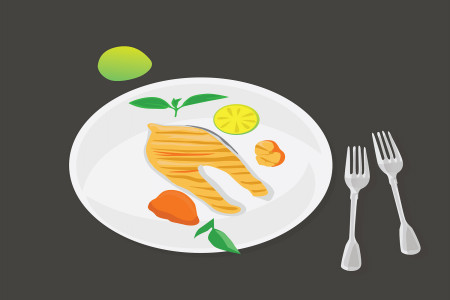 Grocery shopping can feel like an overwhelming experience these days. Labels scream at you with bold lettering to let you know they will nourish you best.

Organic this, non-GMO that. What does it all even mean!?

While shopping, you want not only the food that tastes the best but also the food that provides you with the most health benefits. Part of choosing the highest quality foods that suit your lifestyle means understanding the labeling jargon.

Many people confuse the popular terms organic and GMO.  So let's once and for all clear up the confusion on this matter, so you fully  understand the differences between GMO  vs organic food.

You most likely see these terms everywhere. And you probably just as often hear each side of the controversy, often misinformed  individuals. You should know all about the foods you  eat for the hCG diet or any other nutrition plan you choose.  Let's get you in the know for organic vs GMO!

GMO stands for genetically modified organisms. This means that engineering techniques altered the material of the original  food, to make it into something slightly different. To do this, engineers use desired genes from completely different living organisms, like plants, animals, even humans, to introduce a new attribute in the altered species.

This understandably freaks some people out. It sounds like something from a science fiction film because it kinda sorta creates a new species in a lab. So, let's look at the argument for and against these substances that scare some of us and intrigue others.

The Scientific Truth Regarding GMO Crops

Changing the genetic structure of foods we put into our body raises some serious concerns. Researchers continue to study potential health and environmental risks that GMOs could potentially create.

Claims that animal research showed that genetically modified foods caused cancer in rats set a major fear in motion. Cancer arises when a mutated gene sequence causes a harmful overgrowth of cells, and exposure to certain substances can trigger this.

Though GMOs arise from an altered gene sequence, this does not mean that it will alter animal protein. In fact, further  research on this GMO matter debunks the myth.

The one, and only, research  study  suggesting that rats who consumed genetically modified food developed cancer did not receive a peer review prior to publication. Furthermore, funding for the study came from "tainted financial interests".

Some people also fear that modifying foods increases the prevalence of allergies. However, Harvard researchers explain why people should not worry about this.

The FDA strictly regulates GMO crops. The structure of the  protein  newly introduced into another organism gets compared with all known allergens before receiving  market approval for any food containing a GMO.

They then further conduct comprehensive experiments to  learn if the new genetics carry the potential to cause an allergy. Further post-marketing monitoring,  examines random  consumers to  find allergy potential that the previous studies missed.

Eating FDA approved GMOs will not increase your allergy  risk. The  real danger lies in unauthorized genetically modified crops cross contaminating any other crop field with their pollen.

Plants  can reproduce through several methods. Two that can cause cross-contamination include pollination  and sporulation. Insects, like bees, or the wind can potentially cross-contaminate  non-GMO plants with genetically modified species.

Another large concern comes from the fact that engineers often design GMOs for resistance purposes, so they do not easily die off from plant illnesses or chemicals.  When this resistance passes to consumers, it could potentially create super insects with pesticide resistance, and antibiotic resistance in humans.

Real concerns may make you wonder why the FDA allows any GMO production.   To answer this question, look a the world's population. It exceeds 7 billion people.

Natural plants grow with vulnerabilities that GMO engineers strive to eliminate. For instance, many fresh fruits and vegetables ripen and then spoil quickly. Genetic modification can significantly increase the shelf life, so the product lasts longer, creating less food spoilage.

Many GMOs also require less water. This makes them more sustainable than traditional crops. It also means that the food supply will remain safe during times of drought.

While eliminating vulnerabilities, genetic modification can potentially increase the nutritional value of the crop, making it provide more vitamins, minerals, or other vital nutrients. This means that starving sectors of the world could potentially decrease nutritional deficiencies without increasing the amount of food available.

But how will this factor affect you in America? It allows you to essentially get more bang for your buck. You can eat less and pack in more nutrients with such food.

Engineered crops also require fewer pesticides, as they grow with more resistance to pests, weeds, and other harmful factors. This means that you can consume fresh produce without worrying about the health risks caused by toxic pesticides or herbicides.

Regardless of where you stand on the GMO issue, the fact remains that we have been selectively  breeding organisms since long before this debate made its way into popular culture. Though, commercial sale of foods labeled GMO began in 1994.

As one of the most commonly subsidized crops and abundant food additive, it is no surprise that these are also the most common GMO. Experts reveal that 60-70% of processed foods contain soy and over 90% of soy is now GMO.

Since 1995, engineers genetically modified squash to make it virus resistant. It makes sense to protect this nutrient dense food that stores for long periods of time.

In 1996, scientists engineered the hearty, nutritious and delicious potato to stop it from bruising easily and to keep the amino acid, asparagine, intact while frying. Though we need to get essential amino acids from foods in order to build vital proteins that make up our cells, asparagine does not serve as an essential amino acid.

So why do we care to keep it intact during cooking? While frying traditional potatoes, asparagine breaks down into the known neurotoxin, acrylamide. In a country that loves fried potatoes, we should celebrate the modification that fixes our potatoes.

Genetically modified maize grows into a stronger strain of this important crop that feeds our nation in multiple forms. The engineering makes the corn more resistant to pests and herbicides.

Who wants to eat a brown apple? Nobody.

But the apple quickly oxidizes when sliced, making it less than appealing for adults and kids alike. In 2017, scientists engineered the artic apple that never browns.

Maybe not dire for diminishing world hunger. But now you can keep your apple slices perfect for the caramel dip at holiday parties.

Other GMOs on the market include alfalfa, sugar beets, canola, and papaya. The fortified carrot  that significantly increases calcium absorption might hit grocery stores next!

Organic, in terms of food labeling, means that the farming system that grew the  produce without using man-made fertilizers or pesticides. Meat labeled organic means that the farmer did not put additives into the livestock's food and never used growth regulators. Organic labeling does not allow GMOs or use of ionizing radiation.

Though this seems straightforward, many people do not fully understand the processes involved in growing organic food. Organic does not always mean that the crop grew without the farmer's assistance.

If you decide to spend the extra money on organic foods, then you probably want to know all of the facts. Some of the disadvantages of organic food may surprise you.

Some people hold this idea that organically grown foods sprout up without the use of any fertilizers or pesticides. However, organic farming just uses a more natural approach to these processes.

Inorganic farming uses synthetic or chemical fertilizers produced in a factory. They may contain hydrogen or carbon but typically not both.

Organic fertilizers contain both carbon and hydrogen and come from decomposed natural matter. This can come in several forms.

Some home farmers even use humanure. But don't fret, the use of human poop on sold crops is not legal.

Organic also use different pesticides than inorganic farming. Inorganic pesticides come from  mineral ores extracted from the earth, do not contain any carbon, and may include borax, copper, copper sulfate, sulfur, and ferrous sulfate.

Organic  farming tries to limit pesticide use as much as possible and typically uses natural matter. This sounds healthy and great, however, does not necessarily make it better than the inorganic alternatives.

Some commonly used organic pesticides include:

Azadirachtin and pyrethrin are plant derivatives, while Spinosad comes from the soil bacteria, Saccharopolyspora spinosa. Though derived from natural sources, the EPA deems all three as slightly toxic.

As with pesticides, organic does not always mean better with shipping processes. Due to organic standards, these foods often spoil faster than inorganic crops.

Inorganic  crops get treated with waxes or preservatives in order to preserve freshness during  shipping. Organic foods do not get this treatment.

As you can see, organic does not mean perfect. However, organic standards do create some advantages.

All plant foods provide us with phytochemicals, nutrients, and other vitamin-like substances. Organic foods often provide more  of these benefits than traditional crops.

Also, the minimal use of pesticides and processes used typically produce a less harmful impact on the environment. This means it also provides a safer work environment for farm employees.

Another amazing advantage to this comes from the fact that organic farming supports pollinators. You may have heard the buzz about important bee species dying off. Organic farming methods keep these little honeys safe.

Why Does Organic Cost So Much More?

Organic foods often cost quite a bit more than the alternative. This extra cost comes about in several ways.

Organic crops do not receive the same protection. Since they cannot be genetically modified, some of the crops often hold a lower survival rate. Also, using fewer pesticides can mean more potential hazards, leading to a higher crop loss.

Another reason for the higher costs is that many organic farms do not qualify for subsidies. Government subsidies significantly help yield a greater production. Meaning, more money for the farmer thus driving down costs. Simple economics.

Organic farmers also must go through greater certification processes. These take up valuable time and can get costly.

Everything put together creates a greater workload for organic farmers. This naturally drives up labor costs.

All of these factors culminate to create a higher cost for organic foods.

Is the Difference Worth the Price?

To some people, yes. To others, no. Only you can decide yourself with the information provided.

As mentioned above, organic foods tend to provide more nutrients. However so do some GMOs.

You can always eat a mix of both. Certain fruits and vegetables tend to absorb more pesticides.

Since organic farming limits pesticide use, you may want to go organic with:

How to Afford Organic Foods

If you choose to make this switch, you want to make sure you can fit it into your budget. Buying generic produce can help with them. Do you really need to sport a brand name on your produce?

Also, buying in season keeps your costs lower. Follow this USDA guide to eating seasonally! While doing this, also buy locally, and lose the shipment costs.

Lastly, only buy what you need at the moment. Sometimes you may feel tempted to make fewer, larger shopping trips. With fresh produce, this can lead to more waste and therefore more money spent.

When deciding on GMO vs organic, rather than picking a side, choose your health. You can improve your own health by eating a mix of both.

We want to help you live an overall healthier lifestyle. Enroll now for our medical weight loss program and improve your health!