Peptides as a Replacement for HGH 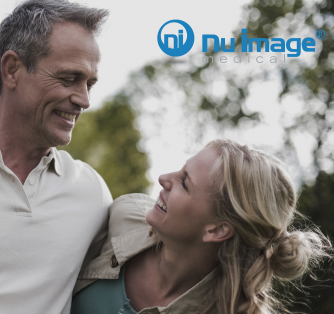 For many would-be users of the human growth hormone as a component of an anti-aging regimen, the FDA has come out with new guidelines that prohibit the compounding and distribution of certain peptides for reasons other than specified medical conditions. Certain biological products, such as peptides, that had been approved through the Federal Food, Drug, and Cosmetic Act have been transitioned to the licensing and control of the Public Health Service Act. When this transition occurred in March of 2020, it affected compounding that took place under sections 503A and 503B of the former FD&C Act. Additionally, there are few exceptions that are granted to certain biological products to become eligible for distribution under the new regulations.

The PHS Act has already recognized and established the licensing for several therapeutic biological products, but protein products were often excluded from this approval process. This was largely due to the fact that insulin, insulin analogs, human growth hormone, reproductive hormones, and pancreatic enzymes have been approved under the FD&C Act. This was the section of legislation largely responsible for approving new drug applications. However, when the transition between the regulatory acts occurred, the statutory definition of biological products was amended to include proteins but those which were not chemically synthesized polypeptides. There were further requirements for submitting a marketing application for those that had a protein product they wanted on the market. In 2020, the definition of the biological product was again revisited and removed the exception of chemically synthesized protein products to allow inclusion in the statutory transition. However, peptides were not included in this new definition since the composition of these compounds has fewer than 40 amino acids.

What to Know About Peptides

Though peptides naturally occur in the body, they can also be synthetically reproduced in a laboratory. This can occur through chemical synthesis or a highly complex DNA technology the uses other living systems for the base compound. Peptides are shorter versions of protein chains, and they play a vital role in many functions throughout the body. In some respects, they have a similar function to hormones, communicating with and stimulating certain responses from different organs or functions of the body. Peptides drugs have been on the market for decades, with insulin being the first to be approved by the FDA and specifically helping those with diabetes and blood glucose problems. There are, however, several challenges that are present in the manufacturing of peptide drug products, particularly in the area of generic versus brand name equivalencies. The peptide market is thriving, with over 100 peptide drugs in circulation around the world and bringing in an estimated $15 to $20 billion a year in sales.

As this relates to the distribution of HGH, there are certain medical conditions that must be established for use to eligible for distribution in the U.S. Even still, human growth hormone products are considered new drugs and require an approved application before they can be legally marketed. The few that are on the market that has been approved are generally sold as a lyophilized powder or in a liquid form. They are also not considered to be active pharmaceutical ingredients, being regarded instead as a finished dosage form drug. The changes to the FD&C Act do have pathways established for manufactures to transitions their compound to approval, with a sponsor seeking approval needing to introduce information that showed the development of the biological products and demonstrate the safety, purity, and potency of the product that intends to be distributed.

There are thousands of people across that country that have long relied on injections of the human growth hormone to turn back the hands of time. It was trending in Hollywood, but it was also popular in the fitness and bodybuilding industry. The research discovered that the human growth hormone, naturally produced by the pituitary gland at substantial levels during childhood and adolescents contributed to the growth and functionality of the human body. As aging occurs, the pituitary gland slows down the production of the hormone, and changes are noticed in metabolism, muscle and bone mass, energy levels, libido levels, and skin tone and firmness. Once it was discovered that increasing the level of HGH in the body could prevent and reduce the previously unwanted negative side effects associated with aging, many jumped at the chance to get into an anti-aging protocol that supplied human growth hormone injections. With the changes in the regulation, this is no longer a legal option. This also shouldn’t be cause for concern, since peptides can still be used to accomplish the same results.

Sermorelin is a peptide that directs the pituitary gland to produce more human growth hormone naturally. It is not considered a hormone, but a growth hormone stimulator, and it is FDA approved. The research conducted on this compound shows that it offers several health benefits and that it has also been effective in reducing the negative conditions of aging. These conditions often include the following, though they may always be directed related to aging.

Even without the change in regulations, choosing an alternative to HGH offers the best option for your body. HGH was associated with some negative side effects when a low-quality hormone was used for a substantial period of time. In general, HGH didn’t have any negative side effects for most people, but peptides are still a better choice. For example. Sermorelin doesn’t need to be used for a significant amount of time in order to reap the benefits. Given the natural motivation to the pituitary gland, there is a more sustainable boost to the production of the human growth hormone. In fact, many people are able to stop taking Sermorelin once their hormone level has returned to its natural levels. Because there are such positive effects associated with Sermorelin, such as increased libido, toned and improved muscle mass, enhanced fat burning, and higher energy levels, it is clear that peptides should be more than just a great option. They are a superior first choice for your body’s needs.

You could be looking into peptide therapy for a number of reasons, and as stated, it is a great first choice if you are needing to boost your fitness and bodybuilding goals or if you are looking for an anti-aging strategy where results are noticeable. It is completely legal and safe to choose your therapy plan when you work with an experienced, licensed, and caring team at Nu Image.