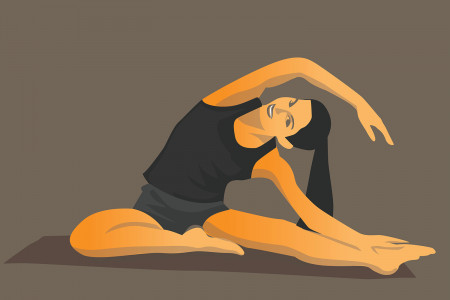 Does the idea of "getting it on" leave you feeling uneasy instead of tingly?

Approximately 25% of women have difficulty achieving orgasm or have never experienced one.

Even women who do find the elusive orgasm, don't manage to get there all the time. 30 - 50% of the time, women don't experience orgasm during sexual intercourse.

More than 40% of women have a sexual complaint. It's one of the most common health concerns for women.

There are many potential causes of low sex drive in women. Work and family stress take their toll. Emotional and psychological reasons can prevent arousal. Underlying medical conditions can also prevent sexual response.

Female sexual arousal disorder is when women lack the ability to maintain arousal. The good news is that there are effective treatment options. Read on to learn more.

In a perfect world, sexual stimulation leads to some specific physical changes. Blood flow to the genitals increases. The labia, clitoris, and vaginal walls swell. The vagina lubricates to accommodate the penis.

Several neurotransmitters and hormones race into action. Blood flows to the lips and nipples as well as the genitals. Arousal is a self-feeding cycle. Brain chemistry plays a key role.

Serotonin and dopamine, as well as other powerful neurotransmitters, reach their pleasure centers. The mind is so powerful that a lack of physical stimulation is no barrier to orgasm.

What is Female Sexual Arousal Disorder?

Low sexual desire and lack of orgasm are troubling. They can affect family life, relationships, and self-esteem. Lack of a sex life causes distress and interpersonal challenges.

Female sexual arousal disorder is described as a lack of physical response, not better explained by other factors. It is persistent or chronic. Physical responses such as swelling, tingling, or throbbing in the genital area or vaginal wetness are absent.

Sexual excitement is a combination of mental, emotional and physical stimulation. The vagina lubricates and the clitoris engorges. The labia and breasts also swell.

In disordered sexual arousal, ordinary sexual stimulation fails to cause arousal. This is stimulation such as kissing, touching the genitals, or consuming pornography for example. This failure can be mental, emotional, physical or some combination of all three.

As mentioned, there are several factors that can contribute to a lack of sexual desire and arousal.

Sexual arousal disorder (and its close cousin, low sexual desire disorder) have similar causes. Psychological and relationship factors are the prime suspects. However, some drugs used to treat depression and anxiety also have an effect on sexual arousal.

There are no sure ways to prevent a sexual arousal disorder. Eat a healthy, well-balanced diet. Get enough sleep and get regular gynecological check-ups. Seek counseling and psychotherapy if problems begin to appear in a relationship. These basic health tips are the best existing prevention recommendations.

How to Get a Diagnosis

There are a variety of physical, emotional, and cultural inhibitions that limit arousal. Add in hormonal or other physical causes and it gets complicated. A bonus of some relationship issues and the matrix gets more difficult.

Arousal is subjective and psychological activity. This makes it difficult to diagnose a problem. Many approaches assume that women don't know enough about how their bodies work. Other approaches assume a couple has a communication problem. A few schools of thought pin the blame on a lack of effort.

Foreplay and partner communication certainly help a woman find an elusive orgasm. However, a rapport between doctor and patient is essential to diagnosis. A requirement is a physical work-up, including a pelvic exam.

The doctor takes a complete medical and psychological history, including current medications list. The physical examination evaluates the physical aspects of the diagnosis. Blood tests and urine assays for previously undiagnosed MS, diabetes or other conditions are in order.

Persistent lack of lubrication, engorgement or arousal response must happen for a diagnosis. If the symptoms are not persistent, they may be considered if they happen intermittently over an extended period. The lack of sexual response must cause emotional distress or relationship difficulties for the woman.

Occasional problems with arousal or purely physical reasons for a lack of physical response are not diagnosed as female sexualÂ arousal disorder. They are considered normal.

Psychological issues that may stop a woman from becoming aroused include:

Female sexual arousal disorder can be a situational affliction or it can be a lifetime condition. Some women experience symptoms only with certain partners or in certain situations, others might have gone decades without relief.

The physical and psychological symptoms often are in concert with one another. For example, a woman who cannot experience arousal because of a new baby, nursing or the side effects of chemotherapy then develops anxiety and negative self-image. This reinforces the negative feedback loop for arousal.

Treatment for sexual arousal disorders often focuses on inadequate sexual stimulation or the emotional triggers contributing to a lack of response. A more balanced approach also should look at hormone levels, immune response and nerve damage.

Sexual arousal disorder may also develop when certain chronic illnesses, such as diabetes and multiple sclerosis, damage nerves. The nerve damage leads to decreased sensation in the genital area.

Skin thickening or other changes due to eczema, physical trauma, and scarring can take their toll as well. Often the visual reminder is enough to have both emotional and physical effects.

What Can You Do?

Therapists suggest activities other than vaginal intercourse. Sensate focus exercises to teach pleasurable touch are sometimes a good start. Begin with exercises designed to increase trust and intimacy before moving on to intercourse.

Prescription medications and over-the-counter drugs have an impact on sexual arousal and performance. Some medicines affect desire and others can affect arousal or orgasm.

The risk of sexual side effects is increased by taking several medications at once. Complex interactions are rarely predictable.

Here are some medicines with possible side effects:

Some over-the-counter antihistamines and decongestants can cause dry tissues and limit engorgement.

These drugs tend to block brain chemistry leading to arousal. They include:

Other drugs that can affect desire or ability to perform:

The doctor should discuss stopping or replacing these types or drugs to restore the ability to desire and enjoy sex.

Psychotherapy, also known as talk therapy, is used to treat the psychological aspects of the disorder. It differs from couples sex therapy.

Traditional psychotherapy focuses on problems in relationships. It seeks to identify problems, provide emotional clarity, and improve communication. It works on problem-solving strategies.

Therapy can be solo and involve the woman alone. It can also be offered to the woman and her partner. Many couples experiencing sexual dysfunction develop relationship problems. They may benefit from traditional psychotherapy.

Sometimes, the physical reason for the lack of arousal is hormonal. To treat the root problem or disease, there are several avenues. Women with lubrication difficulties due to perimenopause or menopause might find hormone replacement therapy helpful.

Hormone creams, suppositories, and gels are available for both lubrication and local delivery of hormones.

There are many nonprescription preparations available to supplement a woman's natural lubrication. Many find these products work well. This is especially true if they have only occasional problems with arousal.

Why Isn't There a Female Viagra?

The "Holy Grail" has been the creation of a "female Viagra," a pill that could help raise a woman's libido and help with arousal. However, that description is backward, as lack of engorgement is rarely the root cause of female sexual arousal disorder.

One drug manufacturer proposed a depression medication called flibanserin (Addyi) for women with a sexual desire disorder. It was pulled from the market. The benefits weren't enough strong enough to overcome its side effects.

In 2018, Addyi was relaunched. It's half the original price and available online. It isn't a cure-all though. Calling it a "female Viagra" is just marketing.

The description is wrong in that it does not work to increase blood flow and make it easier to have sex. Failure to understand that and how the pill works can make it harmful.

Access to a bad pill is a bad solution. A failed depression drug to make your brain feel more desire is a recipe for disaster.

There is one FDA-approved medical device for treating female sexual arousal disorder. A small vacuum pump fitting over the clitoral area called an Eros-Clinical Therapy Device (Eros-CTD) was approved in 2000.

The pump creates a gentle pulsing suction that stimulates blood flow to the area. The device proved safe and effective in increasing sensation, engorgement and vaginal lubrication in clinical trials.

As of 2002, clinical trials to test Viagra and other men's erectile dysfunction drugs on women are underway. There are several promising trials of sildenafil, tadalafil, and bremelatanotide PT-141 underway. One or all might eventually work well on the physical aspects of stimulation.

Doctors often treat individual symptoms such as painful dry tissues with localized estrogen. Doctors might recommend using estrogen inserted into the vagina as a cream with a plastic applicator. There are also tablets or rings similar to diaphragms.

To relieve menopausal symptoms, estrogen skin patches or oral estrogen can be used. The estrogen should be balanced by progesterone to prevent uterine cancer. The recommendation is for the lowest dose and shortest course of treatment possible.

Learn More to Discuss with Your Doctor

Because female sexual arousal disorder has many causes, individual treatments vary widely. Medical treatment is only one aspect. A combination that includes emotional support and psychological intervention is ideal.

Restoration of desire and orgasm are possible. No need for embarrassment or stigma. Difficulties with sex due to hormone or drug-related interactions are treatable.

Difficulties with arousal caused by stress resolve with relaxation techniques and therapy. Individuals and couples need to work through relationship issues once the physical triggers are resolved.

Finding an answer to female sexual arousal disorder takes time, patience and a team approach to problem-solving. To learn more about the male equivalent, keep reading this blog.