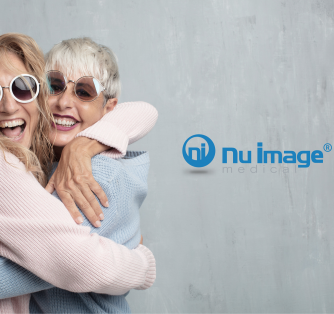 Perhaps now more than ever the world is seeing the importance of all those that work in the healthcare industry. Countries around the globe are struggling to fight the COVID-19 pandemic, and nurses are on the front lines of care for patients everywhere. As International Nurses Day rolls around on May 12th, there is no better time to recognize the importance and sacrifices of nurses from every walk of life. The World Health Organization has proclaimed this year’s theme to be “Nursing the World to Health,” and in celebration of the work of these healthcare professionals, let’s take a look at where it all began.

The Start of Professional Nursing

The origins of nursing as a profession originated with the work of Florence Nightingale, the British female that became known as “The Lady with the Lamp.” It’s for this reason that International Nursing Day is held on May 12th, since it was Florence’s birthday. As the well-educated daughter of wealthy British parents, it was deemed disgraceful for Nightingale to abandon her social position in life and pursue an occupation as a nurse. Well-bred ladies were to reserve their care for intimate friends or family, but Nightingale believed that the education she was given could drastically improve the care of sick individuals. Scientific principles and healthy lifestyles were keys to higher mortality, and for Nightingale, nursing was a profession that could both save lives but also offer females social independence and intellectual freedom.

During Britain’s Crimean War, Nightingale was sent to a military hospital in Scutari, where she observed decades-old treatment and processes sabotaging the survival rate for the injured and sick. With the small group of nurses that traveled with her, the entire barracks hospital was completely reorganized and thoroughly sanitized. The women opened the windows to improve ventilation, medications, and treatments consistent with 19th-century science were applied, and meals were changes to served nourishing food. A few short weeks later, the death rates had plummeted and illnesses from infectious diseases were down. The Western World saw the importance of educated nurses, and some of the most basic applications Nightingale instituted during the Crimean War (hand-washing, sanitation, isolation, and learning the data) are still in use in the efforts to fight the current COVID-19 crisis.

The complete theme for this year’s International Nurses Days is “Nurses: A Voice to Lead – Nursing the World to Health.” It is of special importance because it marks 200 years since the anniversary of Florence Nightingale’s birth. As seen in just the last few months, nurses have had to adapt to new challenges in healthcare while still looking out for the health of their patients, their families, and themselves. The importance of the holiday is just about appreciation for those currently working in the profession, but encouraging a new generation to step forward and carry on the mission. Nursing is the most diverse and, by far, the largest of the healthcare professions, with around three million registered nurses working in the United States. The responsibilities are taxing and tiring, challenging the effectiveness of the best anti-aging protocols against stress, fatigue, wrinkles, soreness, and gray hair. Those who are working tirelessly to deliver quality health care need support and relief. International Nurses Day puts the spotlight on these needs.

The Ways to Celebrate

Even if you don’t know a nurse personally, chances are you have crossed paths with one at the doctor’s office, in a clinic, or another setting. During the current pandemic, there are thousands of nurses facing the danger of the virus in order to help save a life. While there may still be shelter-in-place restrictions or social distancing obstacles to a formal celebration of these heroes, here are some things you can do to show your appreciation.

On May 12th, make a special effort to recognize the hard work and sacrifice of the nurses in your community and around the world.