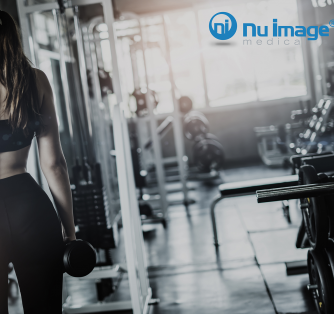 Whether it is building muscle, losing weight, or trying to look younger, a lot of people would prefer an instant fix over a rigorous routine of exercise or diet. Unfortunately, life doesn’t always offer an easy way out for things like health and fitness. However, developments in research and medicine have eased the burden when it comes to weight loss, anti-aging, and bodily fitness. While not a wonder drug by any stretch of the imagination, AOD-9604 is a synthetic peptide that can boost your bod’s natural abilities in these key areas.

For those that have heard of AOD-9604, you may be thinking of the controversy that erupted when Australian football players were caught using the formula. Professional athletes have been barred from using peptides and other enhancement drugs, simply because of the unfair advantage it could create over their opposition. Nothing is illegal or problematic with the drug itself, and it is highly recommended for many non-athletic situations.

The Development of AOD

Peptides are naturally found throughout the body, as they are tiny chains of amino acids that relay messages between the brain and different parts of the body. There are many food products that contain natural sources of peptides, and many companies have produced supplements that contain peptides that have been chemically synthesized or taken from natural sources. As researchers have explored the functions of peptides, it has been found that there are many applications where peptides can improve a body’s response to healing, create cellular growth, and enhance the body’s fat-burning capabilities.

Researchers have found that peptides can be modified to address specific needs in the body, and injections deliver the peptides right where they need to be to carry the message effectively. Though peptides supplements are widely used by bodybuilders to help with muscle retention and reduce the time needed to heal strained or torn muscles and ligaments after a rigorous workout. With AOD-9604, the synthetic peptide was developed to be an anti-obesity drug. It is marketed as being a drug that can build muscle mass and burn fat. The compound is a modified chain of the human growth hormone (HGH), though HGH has been associated with helping bodies reach normal development and retain youthful energy and appearances. Unlike its HGH counterpart, AOD-9604 isn’t designed to stimulate the production of the Insulin-like Growth Factor 1.

The Approval of AOD

The Food and Drug Administration takes its job of safeguarding public health very seriously, controlling and supervision areas of food safety, dietary supplements, OTC and prescription pharmaceuticals, and other areas of medical equipment and products. In a rare move, the FDA has approved AOD-9604 as a safe food supplement within the United States. Several clinical research trials have had positive results on the impact of AOD-9604 on the reduction of body fat in average, overweight, and obese individuals, especially around the mid-abdominal area. Through the trials and testing, the use of AOD-9604 as a peptide therapy has demonstrated promise in the following areas.

These findings stem from some of the earlier research studies on the drug, but there are studies underway looking at the application of AOD-9604 in cases of hypercholesterolemia and osteoarthritis.

The FDA has very strong regulatory conditions that must be met before a drug or supplement can earn the official stamp of approval. With the studies conducted on AOD-9604, there have been very few reports of any negative side effects from taking the drug. When compared to the effect of HGH (researched through an oral glucose tolerance test), the AOD peptide does not have a negative effect on carbohydrate metabolism. There was never a situation where a serious adverse response or withdrawal occurred related to the use of AOD-9604. Oral dosing of supplements are not considered as effective as subcutaneous injections or intravenous intake, so side effects that may happen from overuse or overdosing haven’t been fully realized.

The Results of Using AOD

As with any medication or supplement, there is never a guarantee of results. The human body, though generally the same, responds differently based on the various differences in genetics, health levels, and consistency of usage or dosing. Peptides are not an instant fix either, as it could take several weeks before your body responds to the medication. Research shows that favorable results can be expected, but there is no definitive benchmark for success.