May is Mental health Awareness Month: The Relationship Between Mental Health and Obesity 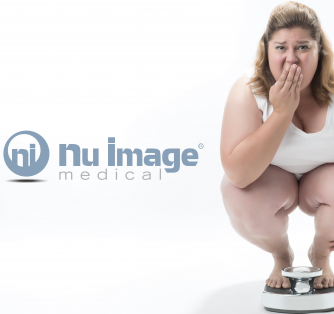 The medical community has been spending a lot of time and resources on research involving obesity and issues with mental health. Some of the areas being looked at include being able to have one condition but not the other, which develops first, and which mental health issues could lead to obesity. It has been difficult to present universal answers to these questions since human beings are ever-changing, as are the environments and factors surrounding these individuals. While you may not get the answers you seek concerning obesity and mental health, researchers are certain that a relationship between the two exists. When they do, there is a negative effect on the individual, with the one condition aggravating the other. This vicious cycle only serves to make each condition worse.

Where the Problem Starts

The primary interest in the relationship between these two conditions is finding out which one came first. However, unless looking at an individual situation, you can’t really make a definitive statement about origins. A diagnosis of mental health issues doesn’t always mean a condition of obesity will occur and vice versa. Though the odds and percentages of increased risk indicate the possibility of a duality of conditions, it isn’t a given situation. Predictability does make it easier to spot early warning signs or symptoms, leading to more effective and targeted treatment. Research has been helpful in these areas. For instance, those who struggle with mental health problems are two to three times more likely to develop conditions of heart disease and diabetes as a result of their increased risk of obesity. Conversely, obesity has been shown to have a negative impact on the quality and length of life in those that deal with mental illness. Obesity rates in individuals that have a disability are 58% higher than their peers without a disability.

The Complications of Medication

There is some concern that the medications used to treat individuals with mental illness is a key factor in rising rates of obesity. Antipsychotics, antidepressants, psychotropic drugs are well known throughout the medical community for side effects that include significant weight gain. In fact, 20-35 pound gains over the course of a year or two in a treatment plan are not considered unusual. The FDA looks for more acute and severe side effects when evaluating a drug, and weight gain over a course of time isn’t generally on the radar as harmful. However, for those that are already suffering from depression, anxiety, or another mental health condition, the added pressure and stress of gaining weight can worsen their emotional and mental stability. For this reason, many researchers are questioning whether or not the relationship of obesity and weight gain is fundamentally rooted in treatment options and the change of life limitations.

The Journey Through Mental Health Challenges

If you have been taking medication for mental illness, don’t just abandon your prescription because of your fear of weight gain. Though medication may be a factor, many people gain excess weight because food is used as a coping mechanism. Have you ever heard the phrase “eating your feelings?” Weight loss may be possible with a more focused effort on what is driving you to eat and the help of a dieting protocol like the HCG diet. You need to start mastering who you are at the present and your feelings in the moment. The way you think influences how you feel, and your feelings affect the choices you make or don’t make. Poor choices can lead to a negative impact on your physical and psychological health. Reaching weight goals can affect your mental health in positive ways.

Depression is one of the most studied areas when looking at the relationship between obesity and mental health. With depression, the studies show the significant impact it can have in either a positive or negative direction. In people with obesity, there was a 55% increased risk of developing depression, while people who were depressed have a 58% increase in their risk of developing obesity. When weight loss occurs, depression also starts to decrease in many patients. However, severe cases of mental illness, such as bipolar disorder or schizophrenia, have an even greater risk of developing obesity. But once again, many researchers are looking at the increased risk due to the nature of the medications commonly prescribed to treat severe conditions.

There is no denying that a relationship exists between mental health concerns and being overweight. However, broad answers can’t be given, since it seems that case-by-case situations can either support or reject the theories that one causes the other. There is no denying that poor health and being obese can negatively impact an individual’s feelings of identity, self-worth, and happiness. Whether or not you struggle with mental health concerns, watching your diet and maintaining an appropriate weight is vital to your overall well-being.