4 Things That Scare People Away From Dieting 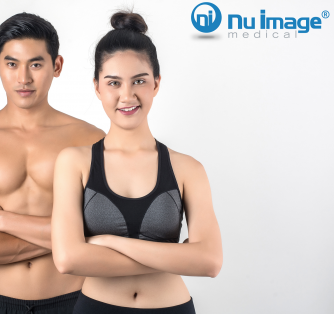 It is a lot easier to gain weight than it is to lose it, and there are many things that contribute to weight gain. Whether it is a lack of motivation to eat healthily or exercise, unhealthy substance abuse habits, hormone imbalance, illness, or physical injury, once the weight has been put on, these same reasons can keep you from losing weight as well. Although being overweight or considered obese isn’t generally a desirable quality,  there are those who find it safer to stay in their condition rather than face their fear of losing weight. For some, the mental journey that it takes to fight weight gain and turn the lifestyle around is frightening. Fear of failure keeps many from pushing through and working toward a more healthy body. The psychological component of losing weight is sometimes man’s biggest obstacle. There are several common fears associated with dieting and proactively trying to lose weight.

Those who are overweight often have a comfort zone within their relationships. Maybe they have convinced themselves that being the “fat friend” is their place in the social network or that their partner prefers some extra fluff or padding. The idea that their social life will be redefined by a thinner, trimmer appearance may keep people from actively trying to change their life. Once a person has become comfortable with the way they are viewed or the social expectations placed on them, it can sometimes seem like an act of betrayal to step out from that mold and pursue one’s own story or goals. Feelings of jealousy might come between you and your friends who could also benefit from a lifestyle change, but this shouldn’t keep you from being healthier and happier.

Losing weight can open a lot of doors, and yet, you won’t know the potential of your new life or opportunities until you walk through those doors. Fear of the unknown and what is to come scares people from taking a leap that will require a significant amount of time and tremendous effort. Sometimes the fear thinks about what changes will happen to the physical body, such as what loose skin will do to their looks or how to dress the new version of themselves. Other times the fears deal with finding a new normal or figuring out what happens if the dieting plan doesn’t stick. People have a lot of anxiety when thinking about things they may not be able to control and wondering how they will adapt to the changes.

Being overweight often allows people to retreat into isolation without a lot of pressure. As being in public brings negative attention and criticism for their size, it is easy for those who are unhappy with their looks to avoid social events, stay to themselves, and live in obscurity. However, successfully losing weight will bring a lot of attention, and dealing with the questions, intrusions, expectations, and spotlights can create anxiety. As a result, people fear that attention they might attract as they significantly alter their body type and appearance. In extreme cases, those who have experienced physical or sexual abuse use their weight to protect themselves from becoming a victim again, and losing weight opens up emotional scars and thoughts of potential abuse situations.

As one of the leading reasons why people avoid dieting, the fear of failure often stops people from even half-heartedly attempting to change their life. While dieting does require discipline and commitment, this is isn’t the failure that has many people running back to their bag of potato chips. Many view losing weight as a way to achieve their dreams, such as a new career, finding the love of their life, or traveling, and the fear that these things won’t happen translates into a deeper thought of one’s self as a failure. Fortunately, the dieting failure concern can be addressed. Through protocols like the HCG diet, weight loss is achieved through medications that boost your body’s natural ability to burn through stored fat and an eating plan that restricts and guides intake toward healthy items. Overcoming feelings of personal failure deal with the identity that you have established for yourself, and working with a therapist can help reshape your view of self.

Working to overcome your fears can be the difference in losing weight and creating a healthy body with lots of potential rather than a body susceptible to illness and debilitating disease. You are never alone in your weight loss journey, as there are millions who have been successful and transformed their lives through commitment and courage.